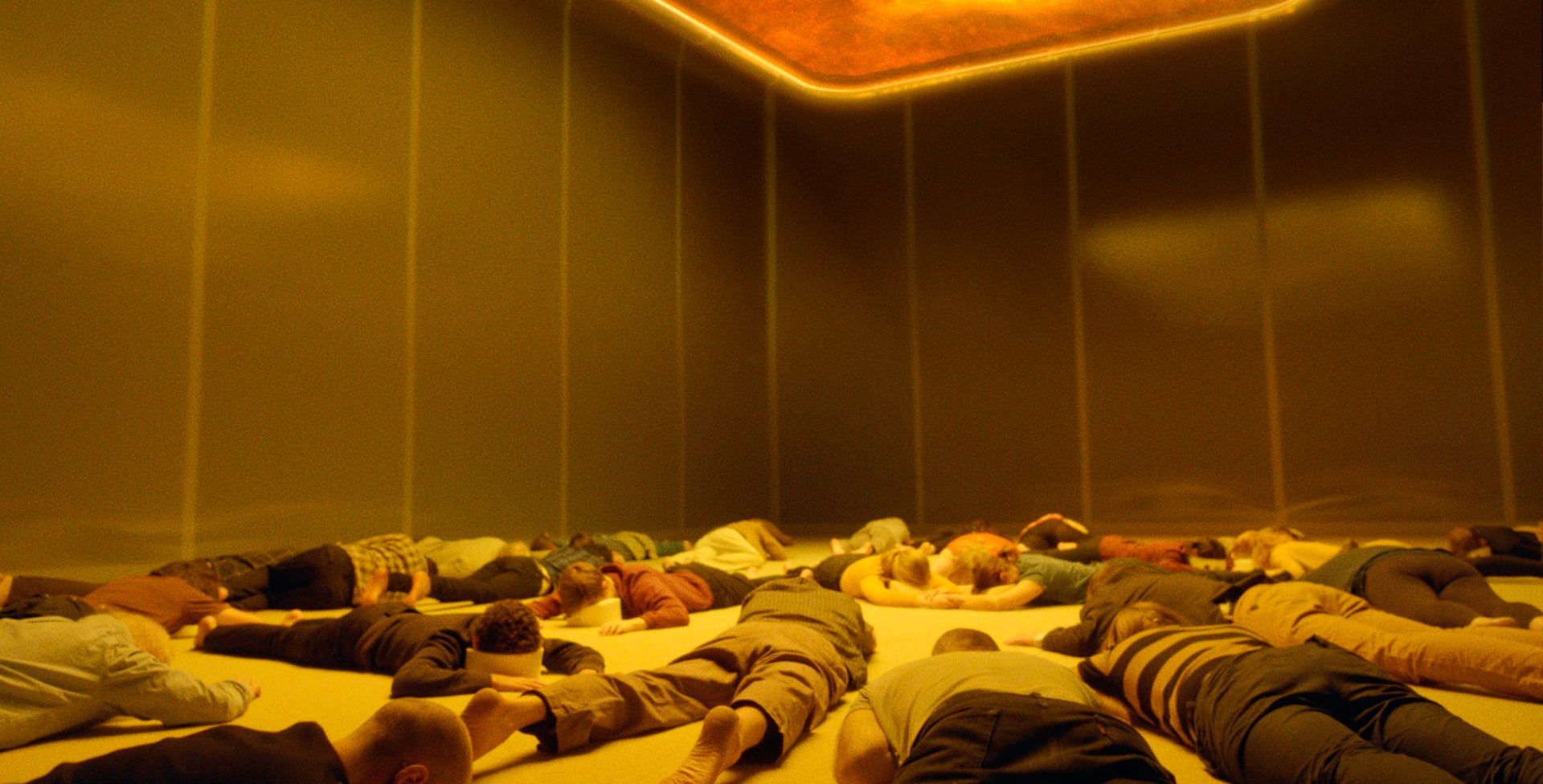 During the opening credits of Aniara, the new science fiction film from Swedish writer/director Pella Kagerman, we see glimpses of catastrophic weather leading to environmental collapse. Forests burn. Hurricanes batter cities. Humanity is taking it on the collective chin. From Danny Boyle’s Sunshine (2007) to China’s box office juggernaut The Wandering Earth (2018), this is a common sci-fi premise. The Earth is dying. We killed her. So what do we do now?

In the world of Aniara space travel is commonplace. The trip from Earth to Mars is approximately 23 days. The Red Planet is no paradise, but it’s far more hospitable to human life than Earth. However, on this particular journey, things go awry. The Aniara collides with some space debris, forcing the captain to jettison all of the nuclear fuel to avoid a total meltdown of the ship’s core. The Aniara is left cruising out of the solar system with no means to change course and return home.

That summary may sound like it contains major spoilers, but all these events take place in the first ten minutes of the film. Aniara is not concerned with space travel or the colonization of new worlds. The film is not a large-scale space opera. It is conceptual science fiction, a character-driven look at a large group under intense psychological pressure who are trapped together in a confined space.

The primary viewpoint character is a Mimaroben, the caretaker of a sentient creature that can transport human consciousness to a place of tranquility. Look at the Mima for a few moments, assume a prone position and you are transported to your individual mental and emotional haven. The Mima is intended to provide rest and relaxation during a 23-day voyage to Mars. It’s a mental trip to a day spa that treats everything from claustrophobia to boredom. The Mimaroben becomes concerned as more and more people seek the solace offered by this technology. She fears it’s destined to be abused on a ship that is essentially a floating sarcophagus.

The film unfolds in chapters as the voyage of the Aniara progresses from its initial hours to weeks to months and even years. Characters lose themselves in the Mima or sexual promiscuity or religious zealotry. Or all three. The parallels to life in the 21st century are unmistakable. The captain and his officers (the government as it is) systematically lie to the public and manipulate information to maintain law and order. The populace wants nothing more than to lose itself in technology, in a virtual world devoid of problems. What does a consumer-based culture do when everything has been consumed?

As the film progresses, depression sets in. Suicides are a daily event. At the same time, other passengers are dating, having children and attempting to live a normal life. Aniara explores an interesting thesis about the resilience and adaptability of the human spirit: as long as there is life, there is hope.

Aniara is in theaters and on VOD today