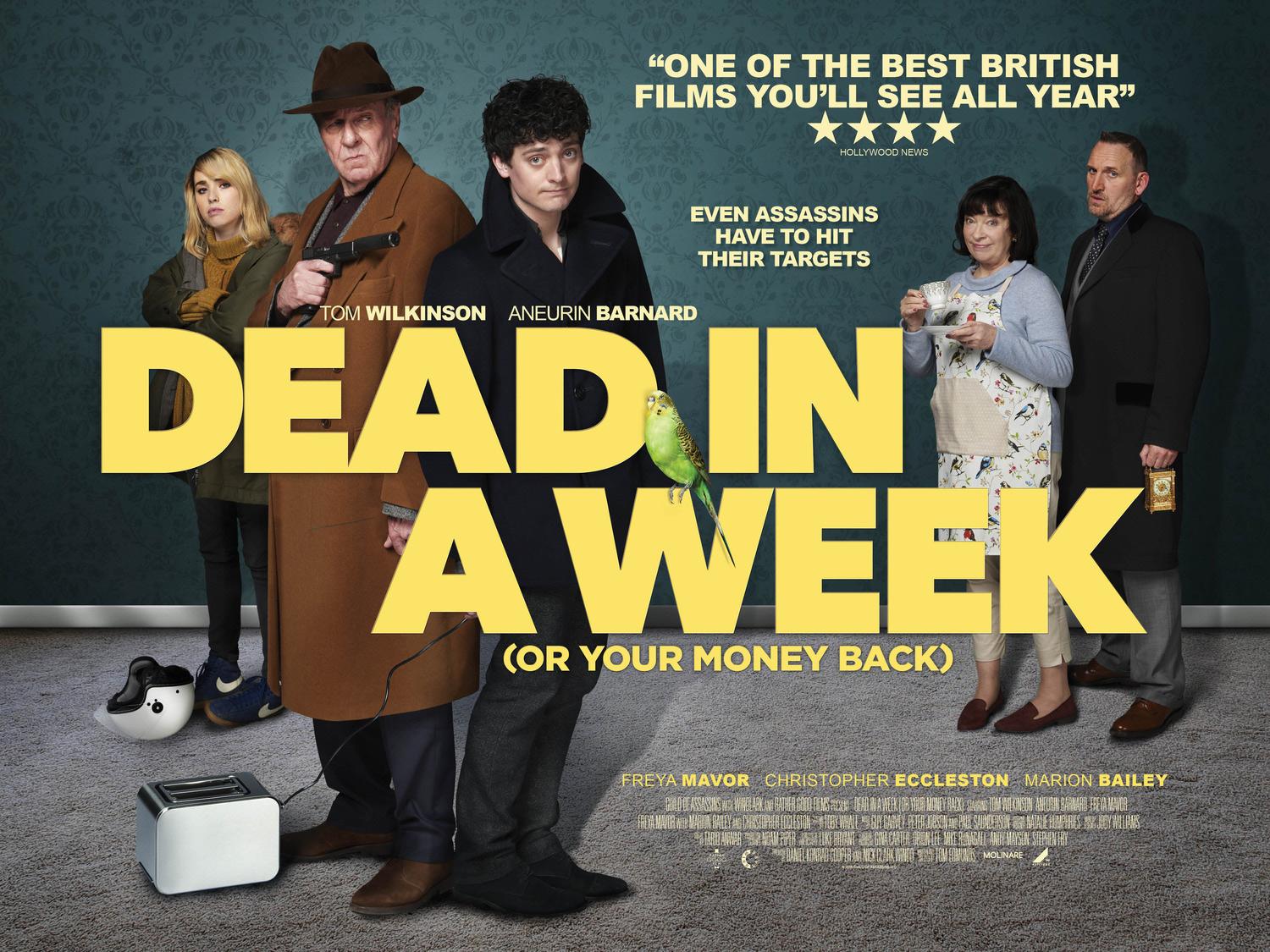 Employing gentle humour around a potentially bleak subject, Dead in a Week: Or Your Money Back is a charming mix of British TV sit-com and assassin-for-hire movie – and Marie found it quite charming.

What would you do if your repeated attempts at suicide kept being thwarted – either by your own ineptitude or by fortuitous events – yet you are still determined to end your life?

If fate crosses your path with that of an assassin for hire, perhaps it’s the perfect solution.

That’s the premise of the British film Dead in a Week: Or Your Money Back, where John Wick meets 1990s UK sit-com One Foot in the Grave, employing gently dark humour against an oh-so-British setting of politeness and domesticity.

Unpublished writer and leisure centre employee William (Aneurin Barnard) is struggling to see the point of existence and has unsuccessfully tried several times to end his own life. Leslie (Tom Wilkinson) is an ageing gentleman gunman, resisting retirement and the obligatory carriage clock, who has his own brochure of assassination options from which his clients can choose. William outsources his death to Leslie, but then encounters Ellie (Freya Mavor) who is seriously interested in publishing his book. And things suddenly begin to look different for William.

Writer/director Tom Edmunds has found a fine line through what is potentially a tricky theme around mental health issues, and the gentle, understated performances of Wilkinson and – particularly – Barnard are what manage to keep this just the right side of quirky. Ellie may be little more than a plot convenience, but Leslie’s wife (played to suburban domestic perfection by Marion Bailey) has some genuinely funny moments in the context of life as a hitman’s wife. I think my favourite piece of casting however is Leslie’s boss, a cheap-suited gangster artfully portrayed by Christopher Ecclestone, whose attempts to threaten serious harm to Leslie while playing the perfectly polite dinner guest are among the highlights.

Things tend to get a little predictable as the story draws to a close but at a bare 90 minutes, there’s enough fun to be had in the build-up that the film doesn’t feel like it’s outstayed its welcome by the time the final scene arrives.

In the hands of a different director, or employing a different type of humour, Dead in a Week: Or Your Money Back could easily have been brash, sarcastic or downright offensive – but the warmth of sentiment towards the two main characters is what keeps it slightly different from expectations.

Dead in a Week: Or Your Money Back is available on digital download from 6th May 2019