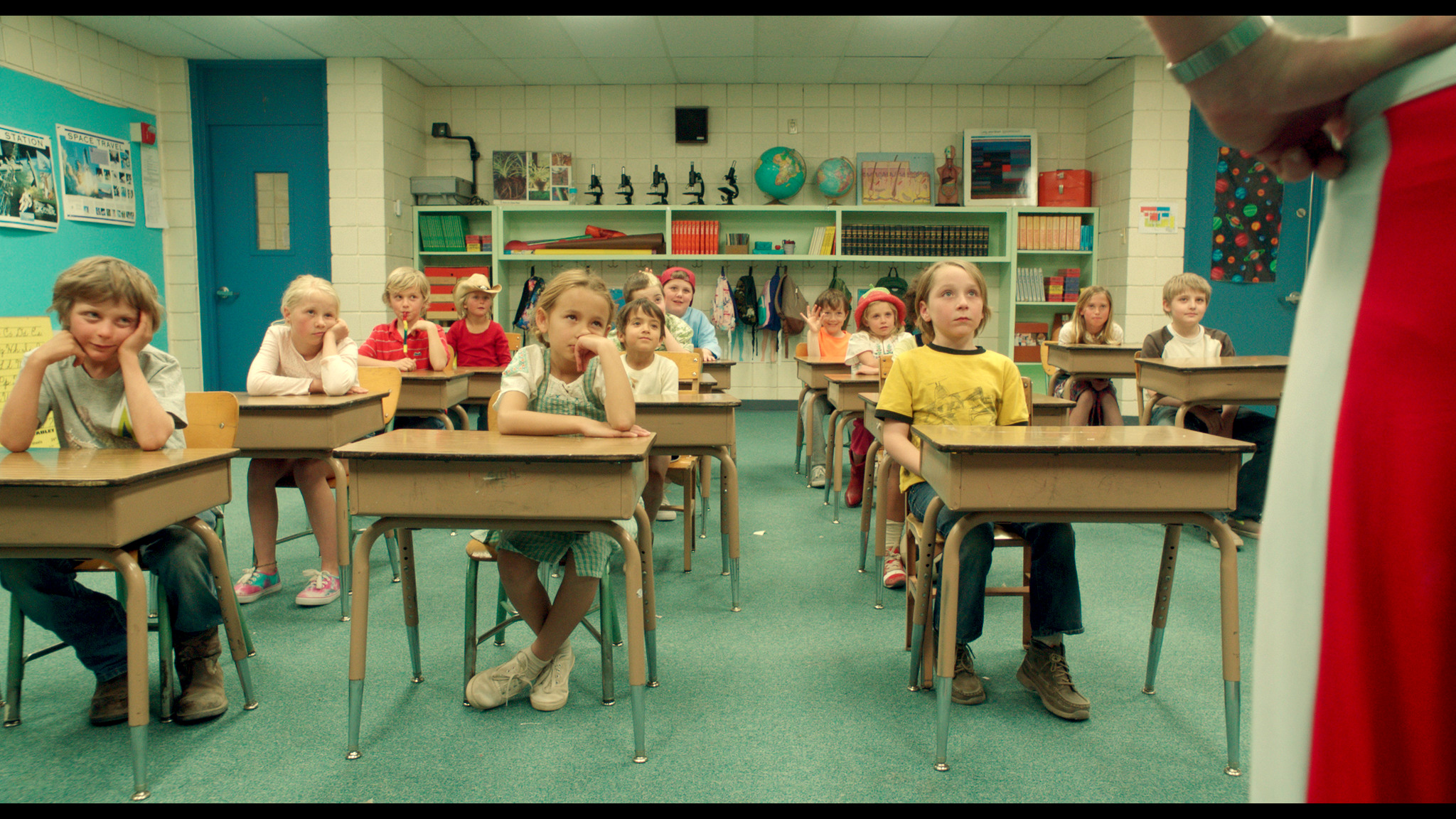 Cameron Nugent’s quirky directorial debut took a while to win Marie over, but by the end it had begun to melt her heart just a tiny, weeny little bit.

The boy in the title (yes, his name really is Sailboat) lives outside a drought-affected small town somewhere in the south-west of the United States. With a velour jogging suit-clad mother and a tattooed janitor father, Sailboat inhabits a ramshackle wooden house held up by a slanted stick painted in the colours of the Mexican flag. From her hospital bed, Sailboat’s grandmother’s last wish is that he write a song for her on his newly acquired ‘little guitar’. The song which he eventually creates seems to have magical properties, transforming his family, friends and everything around him in unusual and unexpected ways.

Sailboat narrates proceedings in his simple, child-like way which lends a fairy-tale feel to events and keeps things on a level which means that children will be able to keep up with the story too – even though it’s not specifically a story for families. Sailboat and two of his young friends anchor large sections of the story, and fortunately the quirkiness of the story is complemented rather than upended by the idiosyncratic performances.

Director Cameron Nugent employs an incredibly vivid colour palette, featuring strong blue, green, aqua and yellow colouring in everything from the landscape to vehicles and clothing. The yellow light, initially mimicking the strong south-western sunshine, saturates every scene whether indoors or out and emphasises the surreal quality of the storytelling.

Given the content of the narrative, there were clearly questions to be answered by the film maker about the nature of Sailboat’s song. For the song to have the effect it does, even in terms of magical realism, it’s going to have to be something pretty special. Nugent circumnavigates this potential problem by not playing the song at all. It works for the most part – just towards the end where Sailboat performs the song perhaps one too many times in succession does it start to feel a little over-done, but it’s a cute approach to something which could have been much clunkier. It also means that it doesn’t matter whether the audience likes the song or not – the viewer’s opinion is irrelevant and they can focus on the other characters’ reaction to the song instead.

I think it’s fair to say that the amount of whimsy and magical realism that each individual viewer can stand will be directly proportional to how much they will get on with the film. Personally I usually struggle with this type of theme, but I think Cameron Nugent has just directed my favourite Wes Anderson film.