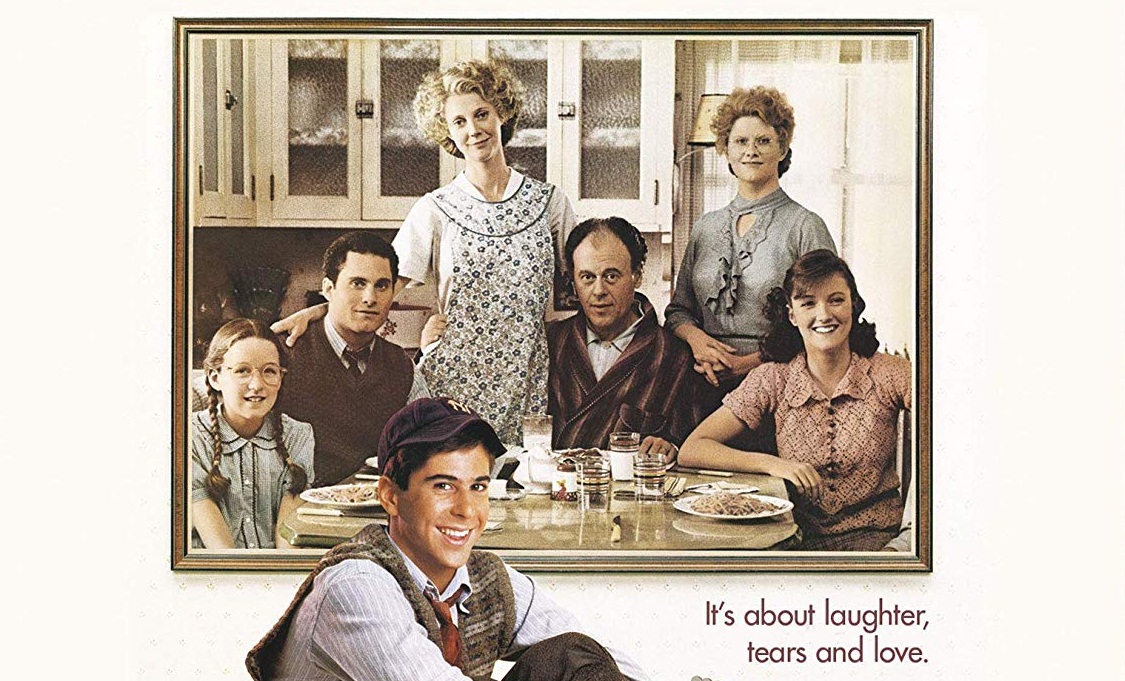 Adam takes a deep dive into his own childhood as the Gene Saks adaptation of Neil Simon’s play was a regular view because of its steady rotation on HBO in the ’80s. Shout Select has given it a brand new 2K remaster for its high def debut

Some of the hardest films to write about are the ones ingrained in your memory. Brighton Beach Memoirs, along with Simon’s follow up Biloxi Blues, are two of the most formative films of this reviewer’s life. Simon’s understanding of the sex-addled mind of a teenager along with his general understanding of the human condition still shines through even now three decades later.

Not so much a straight plot, rather a Slice of life and time of Eugene Morris Jerome (Jonathan Silverman) and his family. The Jerome family is rich in life but maybe not-so-rich in pocket-book. His father (Bob Dishy) works multiple jobs, his brother Stanley (Brian Dillinger) has decided to work instead of college, and his mother (Blythe Danner) runs the home with equal parts force and guilt. To add complications Eugene’s recently widowed Aunt (Judith Ivey) has moved in with her two daughters (Stacey Glick and Lisa Waltz). These complications and to Eugene’s plight and raging hormones. Through his youthful gaze we see a family in good times and in bad are complex, funny, and humane.

Simon adapting his own work understands how and most importantly when to open up his play. Keeping the film small and intimate translates perfectly to film. Simon coming-of-age Eugene’s breaking the fourth wall intact to much success. Director Gene Saks brings his trademark reviewer touch and sensitivity. Though both understand the need of a raunchy or stupid joke, and that Eugene though our cipher is still a kid and does stupid kid things.

Brighton Beach Memoirs is the kind of coming-of-age dramedy that is short on pretension and long on humor and heart. Rather than watching Ferris Bueller’s Day off of any number of ’80s coming-of-age give a lesser known one a chance. This reviewer can guarantee more truth in this one than any of those John Hughes films.

Universal has provided Shout Factory with a beautiful transfer that looks like it was at a minimum a 2K rescan of film elements. The films brown and golden hued color scheme is perfectly reproduced on the disc. There is a lot of grain but as readers already know, I am fond of this style of transfer that makes it feel more like a film print and less like a digital file.

The theatrical trailer is all that has been included in this release.

Brighton Beach Memoirs is a great ’80s comedy that has been far too long forgotten. Shout may have skimped on the Special Features but with the beautiful transfer more than makes up for it. Recommended!!!