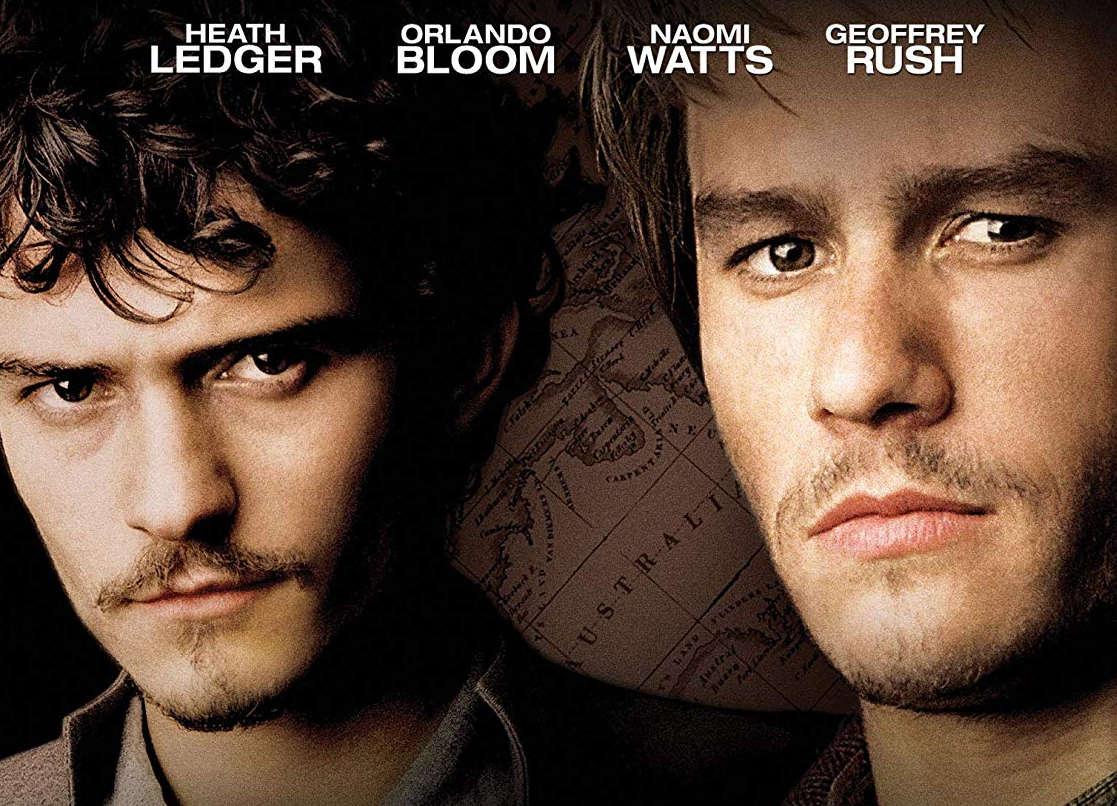 Adam assesses one of Heath Ledger’s forgotten starring role as Ned Kelly. The Gregor Jordan film has gotten a new lease on life by the folks at Shout Factory via their Shout Select Line.

Like anyone gone before their time, Heath Ledger performances have become more and more precious, to so many. Some with good reason. Some with no other reason than it was Heath Ledger in it. Ned Kelly stands with the former rather than the latter.

Not a cradle to the grave bio-pic rather a somber, sometimes rousing Valentine to the rouge that was Ned Kelly (Ledger). More akin to the work of John Ford than Sam Peckinpah, with streaks of violence but done in a way that maximizes humanity rather condemns it. Kelly is framed as criminal and hero-of-the- people focusing primarily on the last few years of his life the man’s life after his return from serving seven years for some crime he didn’t commit.

Ledger as Kelly approaches the role as “the man” rather than “the legend”. The grounded approach shows a young man in turmoil but also one of deep emotion. Ledger’s Kelly is not some violent psychopath with a lust for blood. His Kelly, like Liberty Valance before him, is not what people think and say of him. Rather a very different soul altogether, subdue and more internal of a man. The actor inhabits the role with unsure but mature wisdom. A man whose life peaked as a young boy, saving another young boy from drowning. There is a haunted aura around the performance, not because of Ledger’s untimely passing, but because Ledger’s imbuing that into the character. Giving Kelly that constant regret that he has lost so much time and the realization none of it is to be gotten back. That is all too apparent in the work Ledger does with Naomi Watts in the film. Her delicate dance of “what could have been” that she plays with Ledger is the soul of the piece. Ledger portrays Kelly as a man of duality. One half not destined for this mortal coil. The other half determined to fight, grab, choke, claw and do just about anything to give himself and those around him a fighting chance or second chance.

Ned Kelly is both, by design, arousing western style film, and a morose tale of life on the run with the few options of survival dwindling. It’s that complex balance that turned people off initially, but it is what will help this film find its audience. Ned Kelly and its central performance by Heath Ledger are truly undiscovered gems.

The Transfer is decent, though from an older source.  It’s acceptable all the way through but one wished that they had been able to procure a more modern transfer.  All the same, it does manage to be a huge upgrade from the DVD of the film.

Ned Kelly: Cultural Icon is a 13-minute featurette discussing the Australian icon and his place in history. Beginning with the Premiere of the film and going back to what made him famous and his ideals. The featurette shows different cinematic interpretations of the folk hero including silent era, Mick Jagger, and others.

Rounding out the extra features are the Trailers, a TV Spot, and a Still Galley. The two theatrical trailers give you a very different picture of the film. The single TV sport also does the same. The still gallery is about 6-minutes long and can be moved through or let play automatically.

Ned Kelly is a Heath Ledger performance waiting to be discovered.  Shout Factory has found an underseen gem.  Recommended.