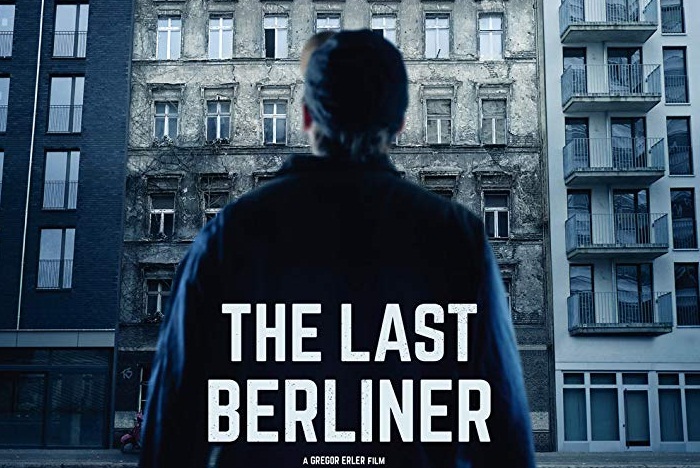 A sideways look at Germany’s urban housing and gentrification issues seen through an unlikely hostage situation, Winner for Best Feature at the Film Festival, The Last Berliner actually proves to be a little gem of a movie.

Like many cities right now, and not just in Germany, Berlin’s housing market is forcing lifelong city centre occupants out to the suburbs, to allow property developers to create desirable luxury apartments in prime locations for the wealthy few.

The eponymous last Berliner is Dietmar Heine (Wolfgang Packhäuser), a pensioner in ill-health who does not want to leave his home. When his son Tobias (Matthias Ziesing) unexpectedly calls in on his father, what starts out as an awkward conversation with the property developer soon takes an unanticipated turn (or two), and Tobias find his life changed forever in a split second.

The critical eye cast towards the property developers is obvious, as is the inequity of the situation in general – and without giving anything away, the whole sorry story still cleverly manages to leave a feeling of fleeting hope at the end.

Set mostly in one room, and making minimal but effective use of flashbacks, The Last Berliner manages to be funny, tense, sad and sympathetic at the same time, and turned out to be an surprising gem.

The Last Berliner was playing at the Manchester Film Festival where it won Best Feature.