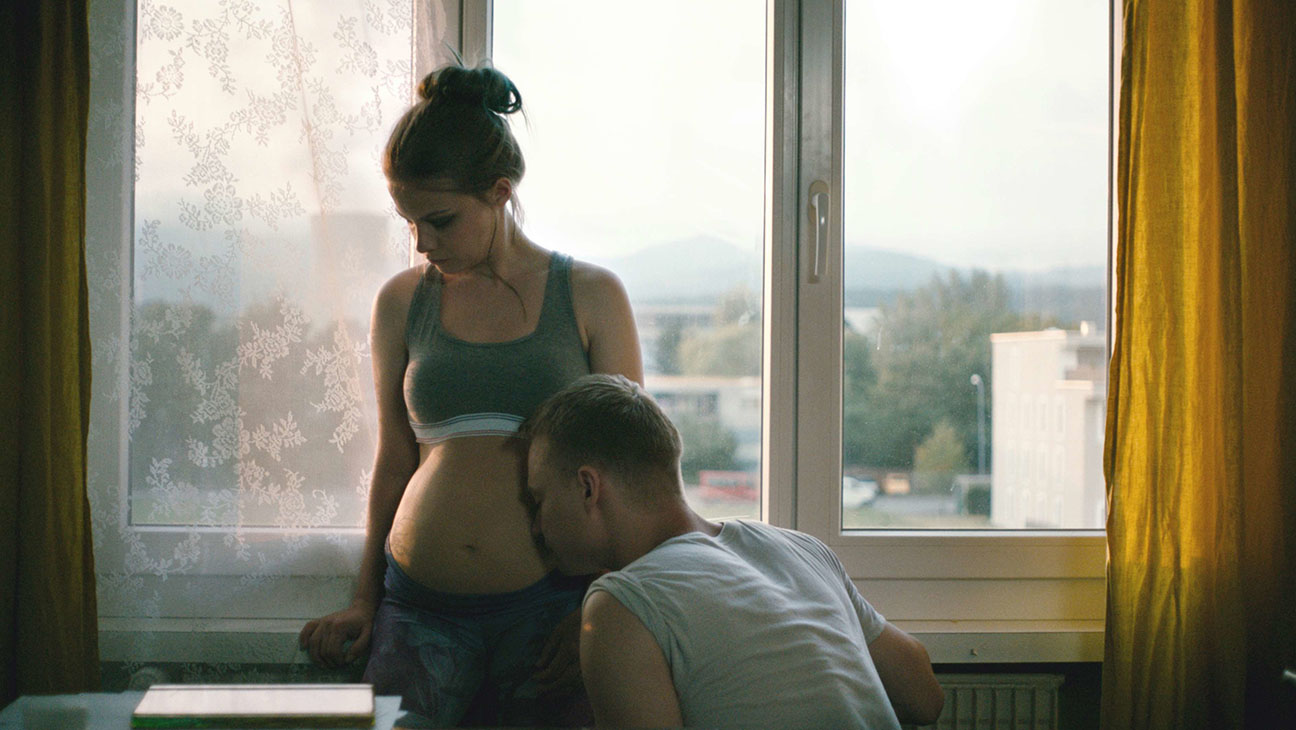 Challenged by the news that he is about to become a father, pen-pusher David’s (Sven Schelker) attitude to life and his relationship changes almost overnight when he fails to protect his girlfriend as they are both assaulted in public.

In what seems like an instant reaction, he sets about obsessively building his strength and body through weight training, complete with protein supplements, and surreptitious steroids which he hides from his girlfriend. As Jessy’s (Jasna Fritzi Bauer) pregnancy progresses, David’s character – aggravated by the chemicals – becomes increasingly aggressive and toxic, straining their relationship to its limits.

The story presents itself as an examination of fragile masculinity, a man who feels that he has already failed – before he has even really started – at fulfilling the ‘required’ role of husband, father, carer, protector.

In fact, David is so embarrassed by his failure that he doesn’t even pause – his first port of call is not to the gym but to a colleague from whom he demands steroids. It’s a bit of a leap, and we just don’t get to see the thought process behind it. It’s almost as if he’s been planning it for a while, and yet the catalyst is an unprovoked attack – which begs the question of whether David has been constantly troubled by his perception of his own masculinity, a question which isn’t properly either posed or answered.

And so while this is a little too unclear, what’s impressive about Goliath is the physical transformation which actor Sven Schelker underwent. Speaking to director Dominik Locher after the screening, he told me that Schelker embarked upon a full 12 months of training to completely change his body from comparatively slight to Schoenaerts-esque beef during the course of filming. By the end, Schelker’s David is almost unrecognisable from the quiet young man of the opening scenes, and certainly showed dedication to the task in hand.

The David v Goliath naming is slightly misleading. Goliath is not a representation of David battling against his monstrous self; David essentially becomes consumed by the steroid-enhanced alter-ego and is willing to accept it at any costs. And with a baby on the way, that’s not a situation that can end well.

With such a focus on David, Jessy’s story sometimes gets sidelined, and there may have been some mileage in seeing more from her point of view – after all, her body is also undergoing a transformation, albeit one that she has no control over. For once, it might be interesting to hear a male perspective on David’s story.

Goliath is playing as part of the Manchester Film Festival 2019