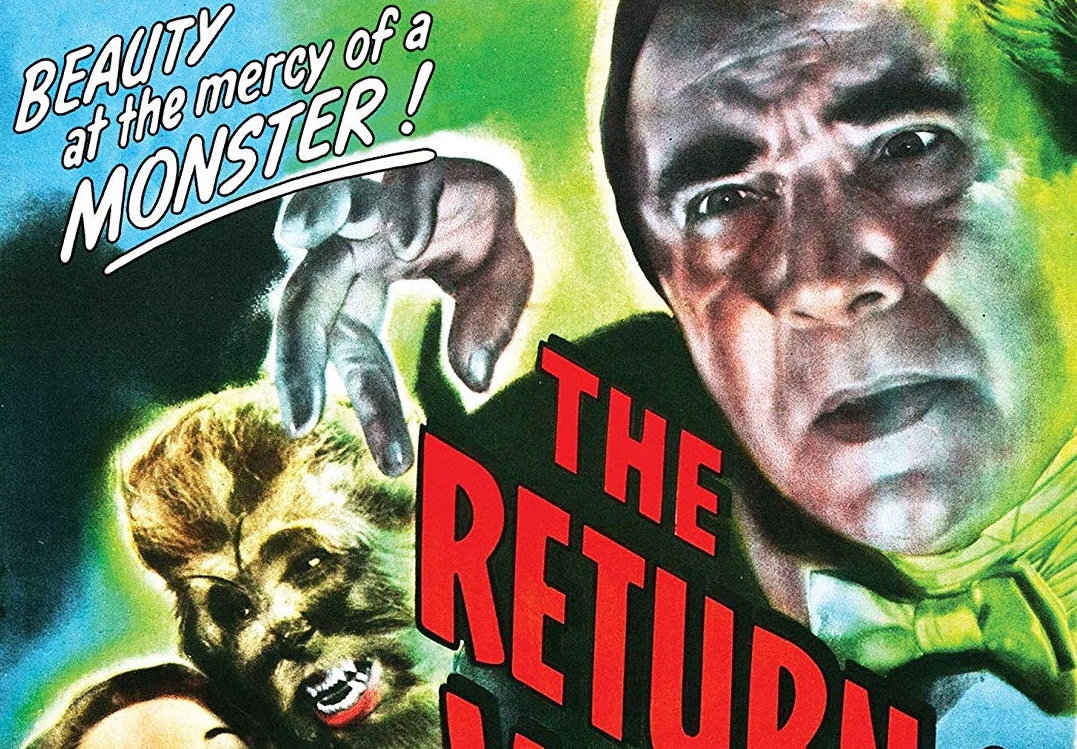 Adam drives a stake through Dracula… we mean Armand Tesla.  Scream Factory has released the Bella Lugosi starrer with a depth of extras and a beautiful transfer.

The Bella Lugosi starrer is less about story and more about Atmosphere. Which is to say it is the perfect Dracu… I mean Vampire story.

The film concerns Lady Jane Ainsley (Frieda Inescort) and Professor Walter Saunders (Gilbert Emery) as they tangle with a vampire wanting control of Ainsley’s daughter some twenty years after discovering him. Armand Tesla (Lugosi) is freed from his coffin and the stake in his heart by a Nazi air raid over London. Rather than world domination. Tesla only wants Saunders’ granddaughter Nikki (Nina Foch).  Queue lots of atmosphere, vamping, and a werewolf with a crisis of faith.  But don’t worry it all ends as it sound…

The film produced by Columbia has all the earmarks of a Universal Monster movie but somehow feels different. There is a more sexualized component to The Return of the Vampire than anything Browning and Company did at Universal. Director Lewis Landers brings style to spare to the film. There is a moment in the middle of the film when Tesla calls for his young obsession, that is one of the most sensuous scenes in a golden age horror film.

Lugosi is great as the title character but is long in the tooth by this point. It is theatrical nature gives Tesla a larger than life air that would have not worked for anything other than playing Dracula… I mean a Vampire. The other cast do an admirable job with what they are given to play with here. But this is Lugosi’s film and he is front and center. As it should be with any Lugosi film where the Titan stars as a Vampire.

My lord the transfer on this disc is revelatory. The Black & White photography is flat-out gorgeous. There are some scratches and flecks of dirt but nothing that wouldn’t show on any 75-year-old film.  Fans of this film will want to purchase the disc for this alone.

The three commentaries are dressed to impress.  Lee Gambin author of Werewolves of the 40s is the first commentary and his primarily sticks to the Andreas character. Much of the commentary finds Gambin reading excerpts from his book and discussing the film.  The next commentary is from Gary Don Rhodes and his concentration is Bella Lugosi. His is a discussion about the production. It’s a fascinating listen from the point of view of Lugosi’s career.  The last is Troy Howarth and his concentration is the production in detail.  Now his does have a bit of overlap with Rhodes because he also dives into the career of Lugosi but his is from a larger more from a historical point of view.

Rounding out the extras is a Theatrical trailer that is a minute long. Less a plot driven but does show just about everything.  And Image gallery is auto play for 5-minute through a series of beautiful posters and lobby cards.

Fans of Bella Lugosi will want to run to pick this Blu-Ray up.   Recommended!