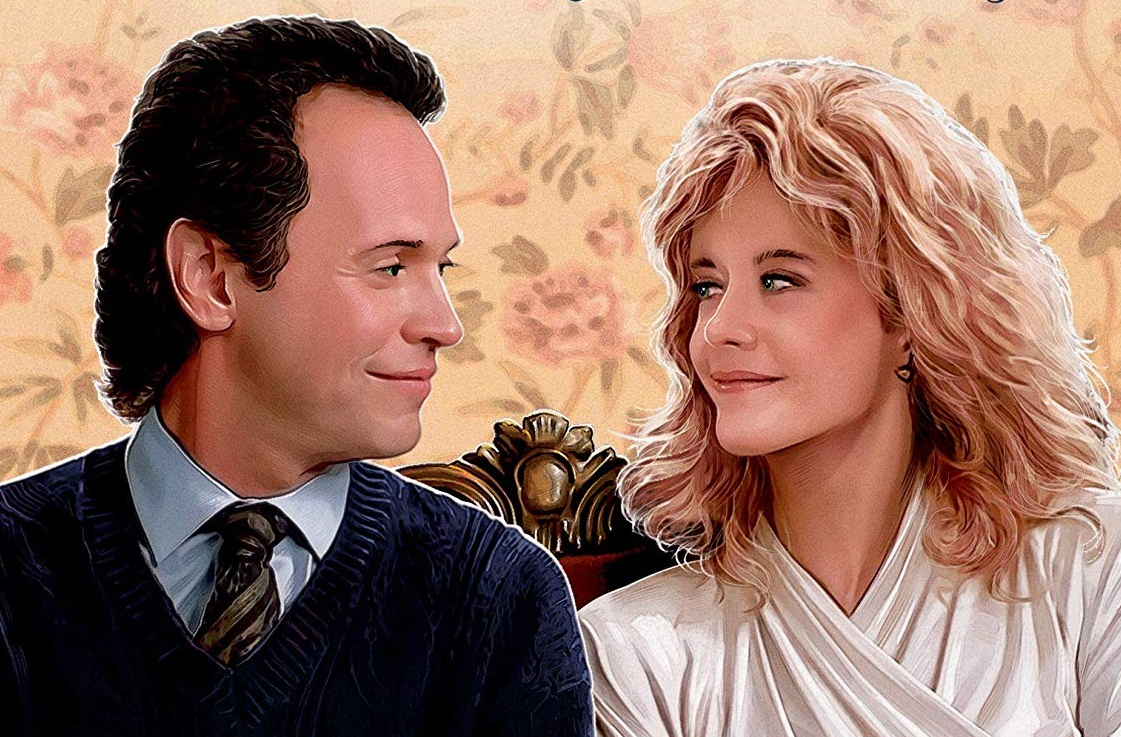 Adam takes a look at one of his favorite RomComs, yes he does have a few he loves, with When Harry met Sally… being released in a brand new beautiful Blu-Ray edition by Shout Select.

Some films never change.  That’s a good thing.  When Harry met Sally… is one of those films.  The Romantic Comedy that alternately created and destroyed the Modern Rom Com.  Director Rob Reiner continues his streak of amazing classic films with the simple story of two friend-zoned friends that spend two-thirds of the film attempting to get un-friend-zoned.

There isn’t much meat to the story of how Harry Burns and Sally Albright met, became friends, had sex, screwed everything up, only to…  Well, I’m not going to be “that guy” and ruin what is a 30-year-old film. The film is more of a pastiche of moments through the years. We watch these two grow and evolve over the course of the film. It is not about a specific plot but selves rather how these two define them and change.  The “will they” or “won’t they” is actually the central story device screenwriters Reiner and Nora Ephron use to drive the story, is a clever one.

Part of the ingeniousness of their concept is that it is already built in from the opening moments.  You instantly know what the score.  It is almost a foregone conclusion.  Reiner and Ephron use that to their advantage creating self-aware characters in Sally and Harry.  Self-aware to a point, you have to have some cluelessness to stretch things out narratively.  Much of the magic of the film is its knowing sharp dialog, which has been often imitated but rarely perfected.

Never discussed, or rarely, is how visually astute the movie is.  Shot by Barry Sonnenfeld, the film is a love letter to New York City.  Reiner’s work with Sonnenfeld is the kind of Director Cinematographer relationship we rarely see.  That is one that is fully formed and instantly refined visually.  The two here created a fairy tale version of NYC that everyone lives in beautiful open apartments, Central Park is constantly in fall, and a writer can afford to eat at five-star restaurants.  Sonnenfeld gives everything a magical touch you never noticed how fairy tale this film is.

All would be for naught if as a couple Meg Ryan and Billy Crystal had no chemistry.  Thankfully, for those involved, and the rest of us, they have more than the film can hold.  Ryan is luminous hear as Sally.  What could have been a performance of annoying ticks is a star-making Comedic debut.  Crystal finds his rhythm here as a Leading Man and a comic force.  As a couple, they are as good as Grant and Russell or any of the Screw Ball Comedic duos of yesteryear.  Yes, they are that good.  The only shock is that they never paired up again.

30 years on When Harry met Sally… remains one of the best the Romantic Comedy genre has to offer.

The new Transfer Restored From A 4K Scan Of The Original Camera Negative is nothing short of astounding.  The film has always been a beautifully shot New York City set film but this Blu-Ray outshines all previous editions.   Barry Sonnefeld’s adroit photography has been given a shiny new coat.  The black levels are deeper, the colors a bit more saturated and the sharpness of the image is perfect.

Scenes from a Friendship is a 44-minute interview with the star and director as they discuss their beginnings working on All In the Family to their 43-year friendship to their eventually working on This is Spinal Tap, The Princess Bride and When Harry Met Sally… They discuss the vital contribution of Nora Ephron.  Discussion of the infamous Orgasm Deli scene and how it evolved from script to screen.  The Split Screen scene took 61 times to perfect.  Manages to get in a Princess Bride Miracle Max moment.  The original the ending was changed from a dourer ending, to make a classic. The first Test Screening in Pasadena. Also, a great Princess Diana story that’s too good to ruin.  The prospect of a Sequel and what Ephron said.

How Harry Met Sally…  is a 33-minute vintage making-of featurette that features Rob Reiner, Nora Ephron, Carrie Fisher, Marc Shaiman, Meg Ryan (via on-set interviews), Bruno Kirby (in on-set interviews) all discuss the making of the film.  Some of the ground covered here is covered in the new interview between Crystal and Reiner. Discusses the creation of the story, how Harry and Sally were the ciphers for Reiner and Ephron respectively.  The Ordering of Food Sally does throughout the film is from Ephron.  Discussion of Costume Design, production design, how they got Harry Conick Jr., and how Marc Shaiman came onto the project.

It all started like this… is a 20-minute archival discussion between Nora Ephron and Rob Reiner how the entire idea and finally the fully form script came to be.

What Harry meeting Sally Meant is 12-minute vintage featurette that tries to uncover what made the film such a popular Romantic Comedy.  Includes interviews with critic Richard Roper, star Billy Crystal, writer Nora Ephron, and critic Thelma Adams as they discuss the critical and commercial response to the film.

I Love New York is a vintage 8-minute featurette discussing how the film is a love story to New York with comments by Thelma Adams, Carrie Fisher, Billy Crystal, Nora Ephron, and others.

So, Can Men and Women Really Be Friends? Is an 8-minute featurette where the cast and crew discuss the hypothetical question at the center of When Harry Met Sally… with comments from Carrie Fisher, Billy Crystal, Rob Reiner and even Doctors and Therapists on this specific thematics.

They have included 8-minutes of deleted scenes that were more small character moments that would have added to the whole milieu but as part of the charm of the film is its breezy 96-minute run time.  There are an additional few moments between Harry and Sally’s interview that would have been amazing if they had included during the credit sequences.

Creating Harry is a 6-minute archival featurette with Billy Crystal, Thelma Adams, Carrie Fisher, and Rob Reiner discussing how Harry as a character, and with comments by Crystal about how he approached the creation of Harry Burns.

Stories of Love is a 5-minute featurette that discusses the structure of the film and how those interviews were the foundations of the film and were inspired by a famous Movie Executive.

Rounding out the special features are the Harry Conick Jr. music video for It had to be You that was omnipresent on VH1 for most of ’89 and the early ’90s, and the theatrical trailer.

When Harry Met Sally… is still the one great RomComs of the last 30 years.  Shout Select has given it a new coat of paint with the new 4K scan and loading it with both new and old special features.  HIGHEST POSSIBLE RECOMMENDATIONS!!!