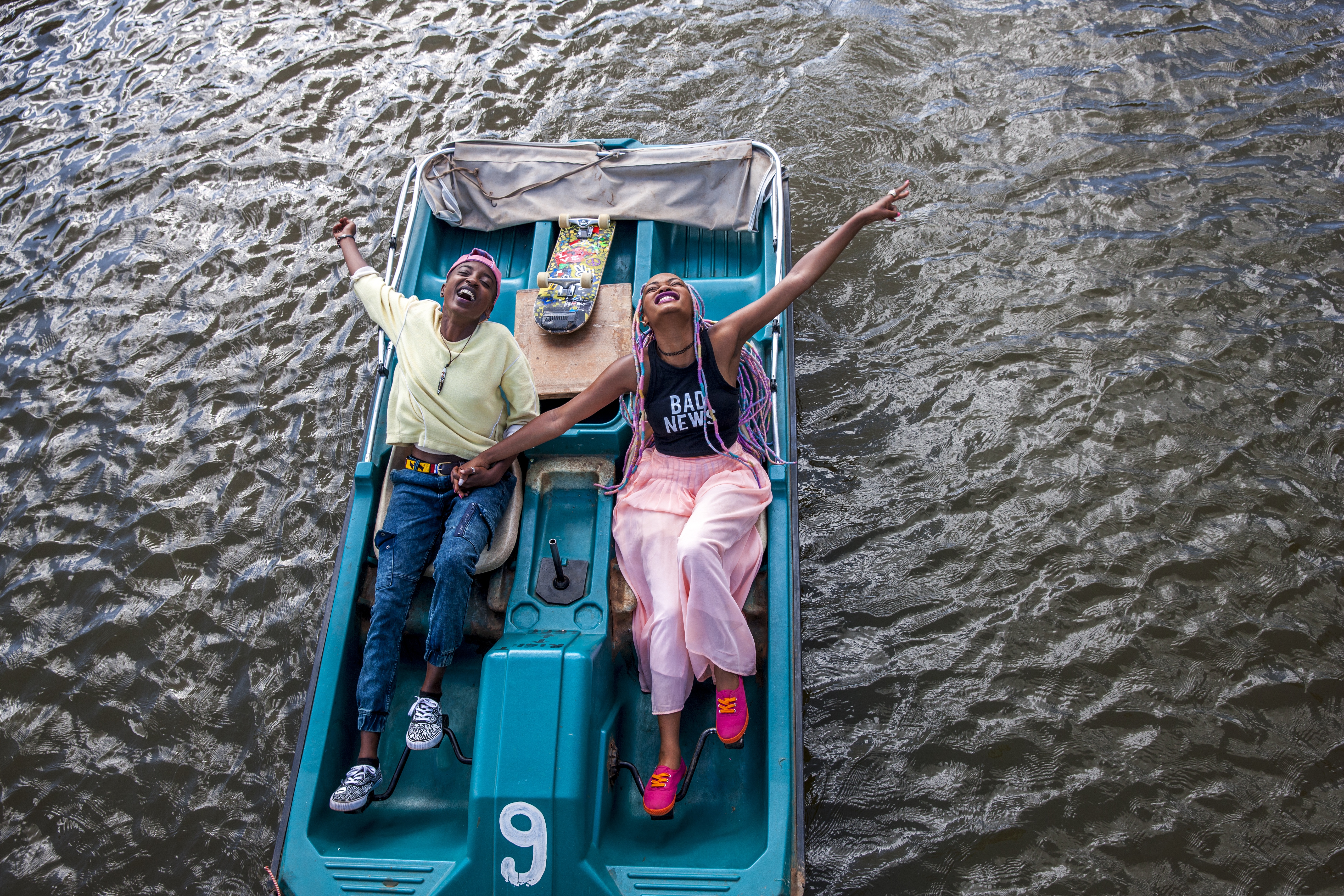 Your first love is always the toughest.  Now imagine that you couldn’t show that love for fear of violent, political, and religious persecution and retribution. Not just from society but from your own family and friends.  That is what is at stake for the young women who find themselves falling in love in Rafiki the newest film from filmmaker Wanuri Kahiu.

Kena (Samantha Mugatsia) and Ziki (Sheila Munyiva) are fresh out of High School.  We find these young women at opposite sides of society.  Their fathers are political opponents in an Election.  Kena is from a working-class family.  Ziki is from a more affluent one.  As the saying goes opposites do attract and what begins as a friendship quickly turns into more for both.  Kena and Ziki in an unsure world have found something solid in each other.  In a country that treats same sex relationships with open hostility can Kena and Ziki make it.

The film even at its darkest, is hopeful in the power and possibilities of love.  Kena and Ziki’s relationship as it begins to desolve because of family, friends, political strife, and religion Rafiki never minimizes these young lovers.  Kahiu and co-writer Jenna Cato Bass give us a sympathetic portrait of both women and their families.  They never point fingers as much as they allow the film to play out as this is what happens.  Which only imbues the film with more power allowing someone to see this is not as simple an issue as people are evil.  Yes, people do evil and selfish things, but a society built on rules that create second class citizens because of whom you love or what your beliefs are creates and allows for these insipid ideas to flourish.  Rafiki illustrates this in painful detail as these young lovers are ripped from each other.

Rafiki is first and foremost a coming of age romance of aching beauty.  Kahiu finds the smallest details of that first romantic entanglement.  Those longing glances, those stutters in your speech, that breathless first kiss are all detailed with such understanding and beauty.  Kahiu and cinematographer Christopher Wessels show us a rose hued Kenya that bathes the lovers in a light that takes one’s breath away.  Kahiu shows us a Kenya that similar to the way that Wong Kar Wai shows us Hong Kong.  This Kenya is not one of reality but one of cinematic dreams both good and bad.  They never gloss over the rough but Rafikialways finds the beauty in the country.

Rafiki ends on the most beautifully hopeful of notes.  One that declares with silent resilience that no matter how a society builds it walls of condemnation, love will find a way.  In an era of violence against so many because of color, gender identity, who you love, your political beliefs, your religious views a film that shows strength in compassion and love is not only a radical notion but a powerful one.