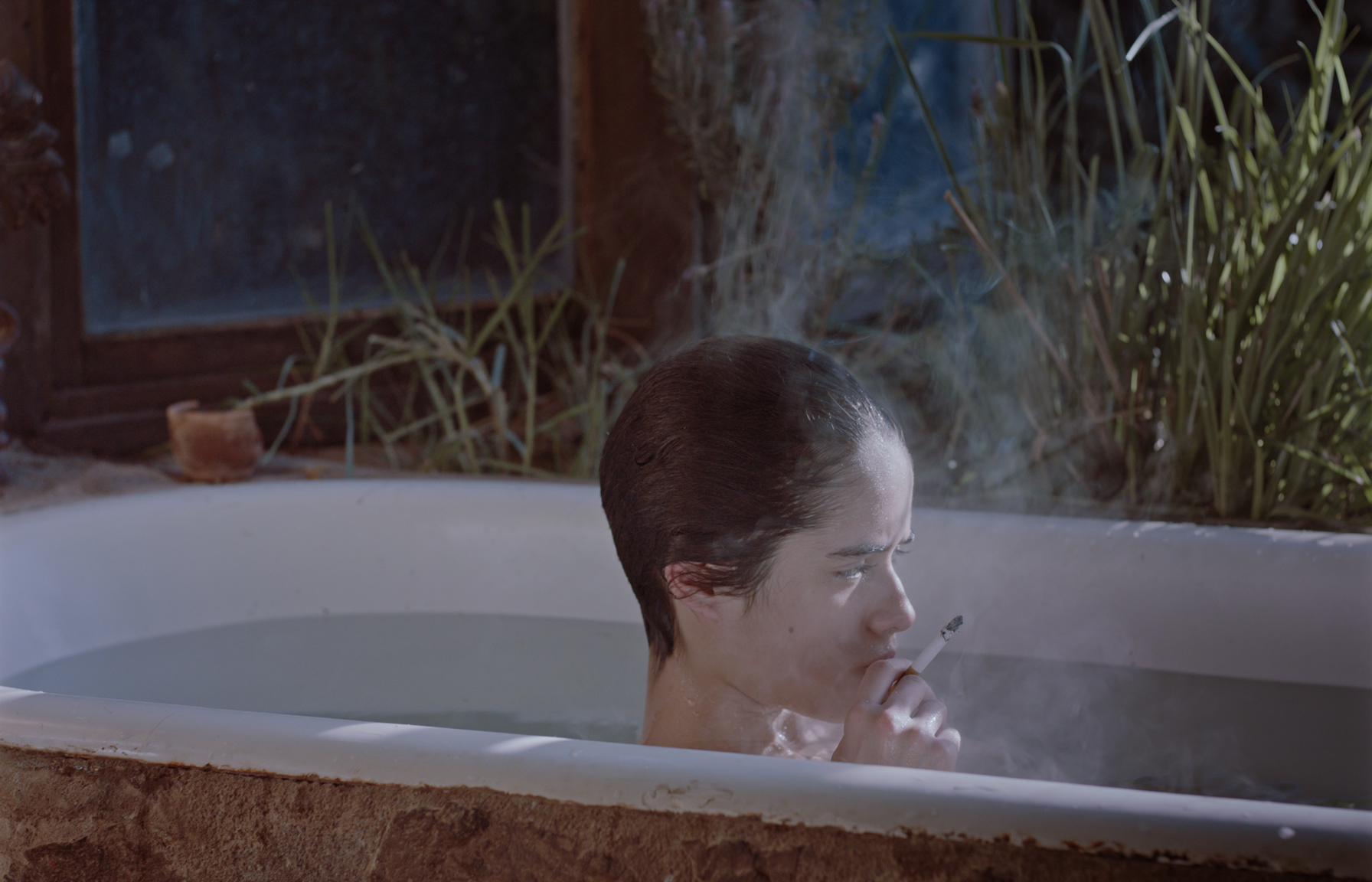 Some films hit you in the right way.  They are timed perfectly for maximum emotional impact.  They are more of a mood or a feeling of a time gone past.  A specific melancholy for the past that the filmmakers find in the story they are telling that you are tuned into.  The newest film from writer/director Dominga Sotomayor Castillo is that kind of film.  Too Late to Die Young (Tarde Para Morir Joven) though specific in its Coming of Age dynamics and mood of an era, its themes are universal.

Set at the end of 1989 in Chile in a Commune style smaller community of families.  As seen through the eyes of three youths Clara (Magdalena Tótoro), Lucas (Antar Machado), and Sofia (Demian Hernández) as they encounter love found, love loss, and the complications, anxieties, and triumphs those seemingly simple emotions lead to.  Told from each of their perspective, the film gives us a milieu more than it does a straight ahead story.

Much like memory of a languid summer day fading in and out of clarity the film though loosely told plots are more about the emotions they invoke in the characters but in you.  There are solitary moments for each as they contemplate their lives. Castillo finds that perfect balance of emotions and found moments of verisimilitude that inform on the aching emotions of first heartbreak.  She captures those moments of letting go or watching someone as they find someone else.  In a way that feels organic and feels as though you are watching a time capsule.

Few movies have the audacity to allow for the simple power of watching characters interact and find the narrative beauty in that.  Dominga Sotomayor Castillo’s Too Late to Die Young (Tarde Para Morir Joven) is that rare film that honestly tackles the emotions of youth by not plot contrivances but through small captured moments.  Moments like a young woman listening to Mazzy Star’s Fade into You.  Castillo does not over play or over sells the moment.  The director and her camera just allows it to unfold, allows Clara to be in her room by herself.  A hidden moment that is more honest than any plot device or contrivance could muster.

Too Late to Die Young (Tarde Para Morir Joven) from its opening moments to its final frames shrouded in smoke after the wreckage of a forest fire is perfectly rendered piece of youthful melancholia.  Castillo has created a film filled with honesty and the right balance of nostalgia for a bygone era and a bygone youth that may or may not have ever existed.