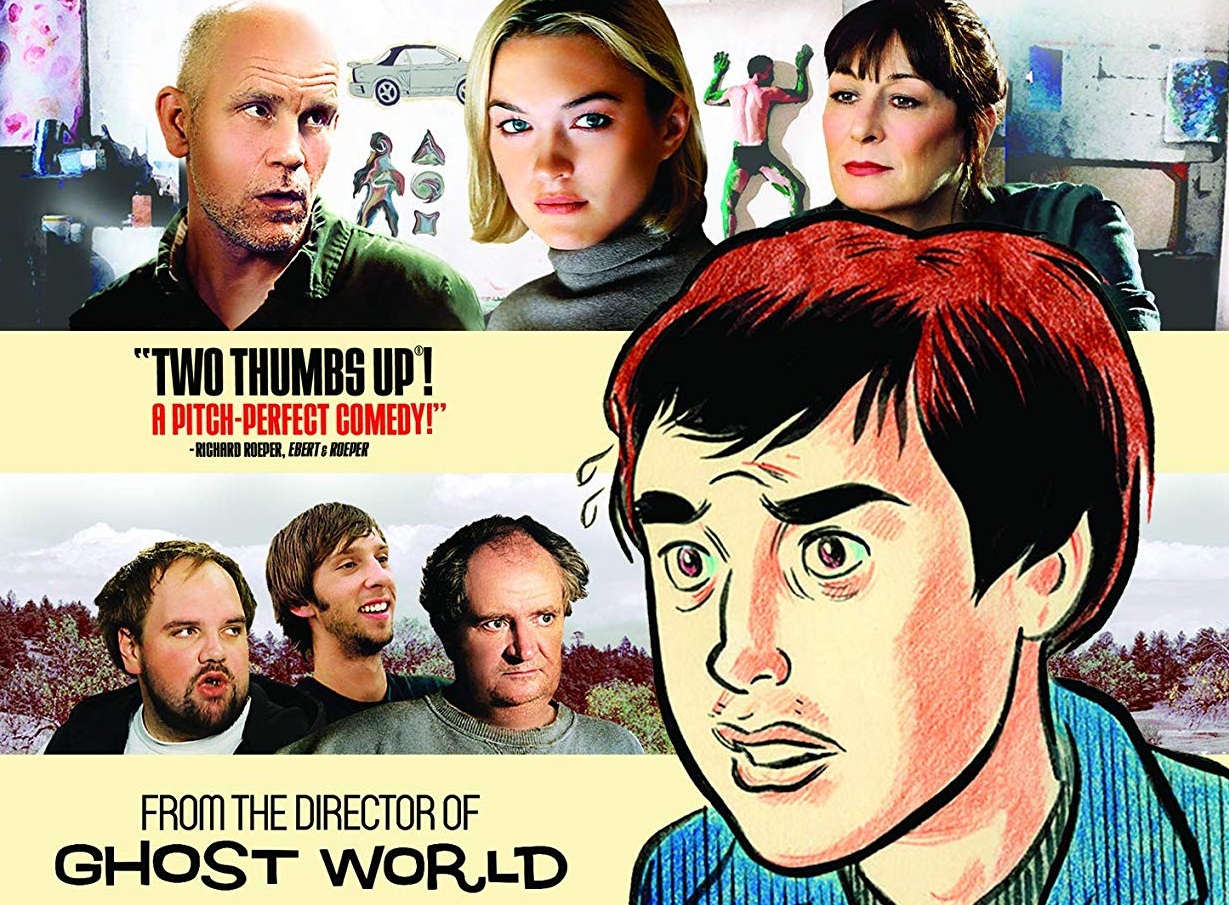 Art School Confidential is proof that director Terry Zwigoff much like his subject in his brilliant documentary Crumb and the fictional characters Seymour in Ghost World and Willie in Bad Santa is a Grade A Misanthrope.  I use this as the highest of compliments for Zwigoff and his work.  Art School Confidential much like his previous two narrative features take down its subject with such fierce indignation you won’t know to wither to be embarrassed or laugh hysterically at the blistering critiques of the human ego.

The film a spiritual sequel to Ghost World tackles the pompous, ruthless, and altogether ridiculous world of the Art College.  Jerome (Max Minghella) expects his life to change for the better once leaving his suburb High School Nightmare behind.  Strathmore University is his ticket to a better life, people that will understand his art, women will flock to him, and teachers will adore him… yeah, right kid.  Your nightmare is just beginning.  What Jerome discovers is a new level of torture and hell it is just masked behind pompous erudite opinions in a place that still cherishes the Jocks and the beautiful.

The collaboration between Zwigoff and Clowes is one of the great writer and director matchups of the 2000’s.  Though only having made two films together, Zwigoff having only directed three narrative features, the results are spectacular.  Their films are not at first glance conventional comedies as they hue so close to true humanity and human behavior one’s reaction is to reject it.  Though their worlds are mean they are never mean-spirited.  What happens in Zwigoff and Clowes world is life in all its beautiful, stupid, and oftentimes unfair glory.  These are filmmakers that understand that oftentimes the geek doesn’t get the girl or there isn’t a happy prom dance where everything works out.

Clowes sharp and knowing scripts are both critiques of the worlds the central characters inhabit but also function as a perfect representation of those worlds and the narratives that bear fruit from them.  Art School Confidential works both as a College film and as a Serial Killer mystery before it’s a comedy.  Clowes using his own life in Art College as a reference creates a savage takedown of not just College but of the Art world itself.  In Clowes’ eyes, helped greatly by Zwigoff’s direction, the Art World is filled with cheap crass Men shilling their bullshit con they pass off as Art.  This is summarized perfectly in a scene where once great artist Jimmy, played brilliantly by Jim Broadbent, pointedly asks Jerome, “Are you good at Sucking Dick?”

Zwigoff matches Clowes blow for blow, imbuing the entire production with a shabby realism that’s rarely seen on screen.  Zwigoff understands the normal-normal of the real world, though never making fun of that world.  There may be ugly looking characters in Zwigoff’s world but they’re never ugly at their own expense.  There’s a dignity that’s given to each character, allowing them to be horrible, judgmental and stupid human beings at their of their own accord.

Far too many have slept on what’s as good as anything that Zwigoff has directed.  Art School Confidential is a funny, sharp, and biting as Bad Santa and Ghost World.  Give it a chance to spin its hilarious web and you will not be disappointed.

MVD was provided with the same transfer from the DVD edition released back in 2006.  The transfer may be older but the upgraded Hi-Def version of it gives it an extra punch.  The film shot by Jaime Anderson is intentionally muted color palette of mostly greys and browns are given more definition in the transfer.  Viewed on my Set it looked sharp and the contrast levels were definitely an uptick from the Standard edition.

Making of Art School Confidential is an 8-minute EPK style feature on the film.  As stated it’s more of an EPK so there isn’t much heft to it.  With the exception, and the best part of the making of is just how grumpy and put out Zwigoff is having to do this all for the film.

Sundance Featurette is a 7-minute featurette about Art School Confidential’s time at the 2006 Sundance Film Festival. It’s a little less fluffy than the making-of but still in the realm of an EPK style package. The featurette comes with comments by Terry Zwigoff, Daniel Clowes, and additional comments by John Malkovich (who also produced this and Ghost World), Max Minghella and Sophia Myles.

Deleted Scenes amount to 11-minutes that are more extended scenes. There are a few new scenes with Max Minghella’s Jerome and Sophia Myles’ Audrey, and a great one featuring John Malkovich towards the end of the film which is more of a visual gag.

Bloopers and Alternate takes are 5-minutes of flubs and different line readings from various scenes.

Art School Confidential is the real deal; an undiscovered comedy waiting for an audience.  RECOMMENDED!!!