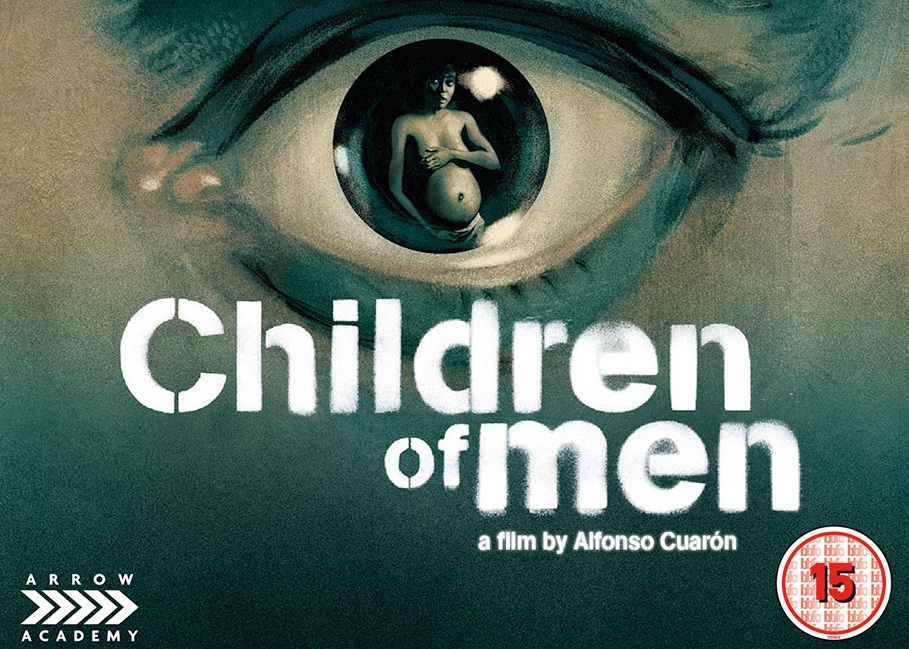 Marie revisits Children of Men and concludes that it’s a film for our times – even more relevant now than at the time of its original release.

When I first saw Children of Men in the cinema in 2006, it struck me as a warning of what might happen in a distant future if extreme circumstances were to befall the nation, built on a grain of fact but showing the far end of fiction.

Watching Arrow Academy’s new Blu-ray presentation of the film in 2018, it actually reads much more like a prescient preview of post-Brexit Britain. It isn’t that far off and it doesn’t feel like it’s too far from the truth at all. Which is what makes Children of Men both chilling and gripping.

It’s 2027 and the youngest people on the planet are now 18 years old. No humans have been born since 2009 as the race is now infertile. Although we don’t know the cause, we do learn that there have been global catastrophes – some natural, others man-made – which have rendered the earth toxic. With no children around, family businesses are crumbling and school buildings are left to ruin. Economic migrants are kept in cages and transported to holding camps in sea-side towns on the south coast of England, where a lawless shanty-town society has developed. With the current situation in countries like Yemen, the refugee camps at Calais and the migrant caravan moving towards the US border with Mexico, it’s hardly a stretch to imagine that it’s contemporary and not futuristic. 2027 is only 9 years away after all, and nearer than 2006 when the film was first released.

Based on the dystopian novel The Children of Men by PD James, the narrative introduces us to Theo (Clive Owen), a former activist, now disillusioned, who finds himself a reluctant hero when he agrees to help his former partner Julian (Julianne Moore) smuggle a pregnant refugee out of the country. Refugees and those helping them are in constant danger, but the possibility of new life being born for the first time in 18 years is too much to give up on, even for Theo.

Director Alfonso Cuarón, working with frequent cinematographic collaborator Emmanuel Lubezki, has created a world which is shabby yet believable – exactly what London would look like if little investment was available for the next 20 years (did someone say austerity?…). The colour palette is muted (it’s November in England after all) and everything seems to match Theo’s demeanour – downbeat, lacking purpose, hopeless. In fact Theo is in just about every scene and Cuarón uses a number of long takes following the character as he moves through the streets – not only putting us in the centre of things with Theo, but also imbuing the scene with a feeling of real-time and urgency. There’s a lengthy shot in a car which is frantic and heart-pounding precisely because the viewer is dead-centre to the action; an explanation as to how the innovative minds of Cuarón and Lubezki shot the piece is described in one of the Blu-ray extras.

Despite the violence and despair though, there is a thread of hope which emerges and strengthens as the narrative progresses. If you are religiously-inclined, there are enough references so that one could take solace from a spiritual solution to the calamity of the situation facing society. But if you’re not, then there are acts of kindness and humanity throughout which may give you something to cling on to. The ending, in fact, is just the beginning.

Arrow’s Blu-ray release comes with a new audio commentary, an appreciation of the film by Philip Kemp, and a related video essay on Fertility & progeny. There are also a number of featurettes from the original release, including comments by philosopher Slavoj Žižek on the films themes.

This is certainly a film for the times – if you haven’t seen it in a while, it’s going to be well worth a revisit.