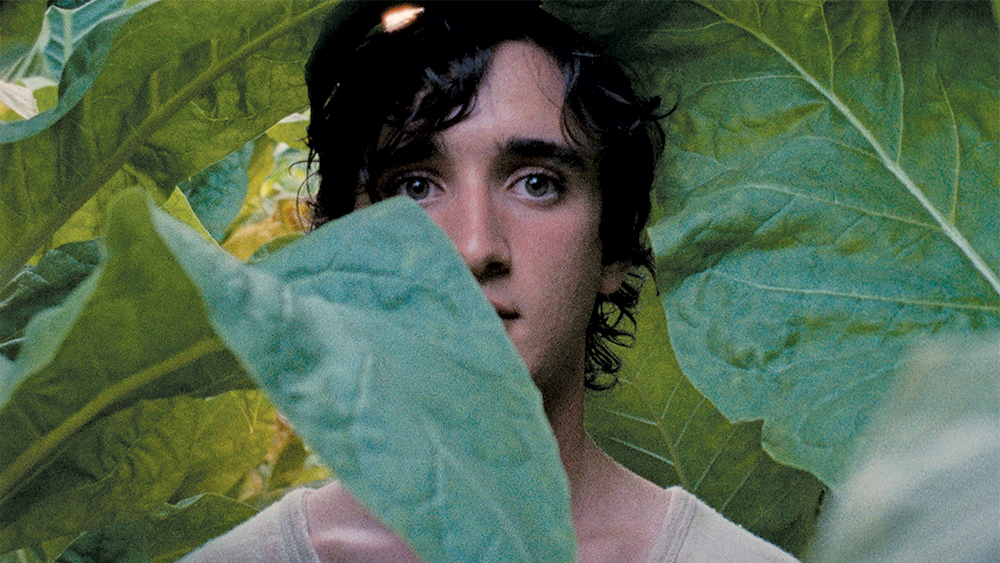 Alice Rohrwacher’s fable of Italian modern history rightly won the Best Screenplay award at Cannes this year. Marie went along to discover for herself.

Lazzaro (Adriano Tardiolo) is a quiet, helpful young man in his sharecropping community. He lifts, carries and fetches on demand, without any indication that it is burdensome to him, nor that he even realises that he is going above and beyond what he needs to do. And the community takes his obedience for granted, possibly to the point of exploitation.

The remote village and its inhabitants are overseen from the mansion on the hill by the landowner, Marchesa Alfonsina de Luna (Nicoletta Braschi), to whom the workers appear to be constantly in debt. When the landowner’s son Tancredi (Luca Chikovani) enlists Lazzaro’s help in faking his own kidnapping, Lazzaro complies because he has been asked to do something. It never crosses his mind to refuse.

It’s quite difficult to know at the start just when this story is set. The village is remote and the inhabitants isolated, seemingly trapped in time. It’s only when we catch a glimpse of a Walkman’s headset and a flip phone that we can begin to place things better.

For although this is a tale of both kindness and exploitation, at its core it is a commentary on how Italy has changed over the past 50 years. Perhaps seen as rural and stuck in the past, Happy as Lazzaroobserves that Italy woke up one day to find itself in the 21stcentury, with the accompanying financial instability, unemployment, lack of prospects and immigration issues which it now faces. The idyllic summers and yellow hues in the first part of the film give way to snow, rain and grey skies later on. Everyone is being exploited in some way, and now Lazzaro’s acts of kindness bring different rewards.

Adriano Tardiolo, as the eponymous Lazzaro, turns in a beautifully measured performance. His honest face and wide eyes portray innocence and goodness, without implying that the character lacks intelligence in any way.

Director Alice Rohrwacher has created a timeless and yet also contemporary fable which shines a different light on what we might expect when we think of Italy.