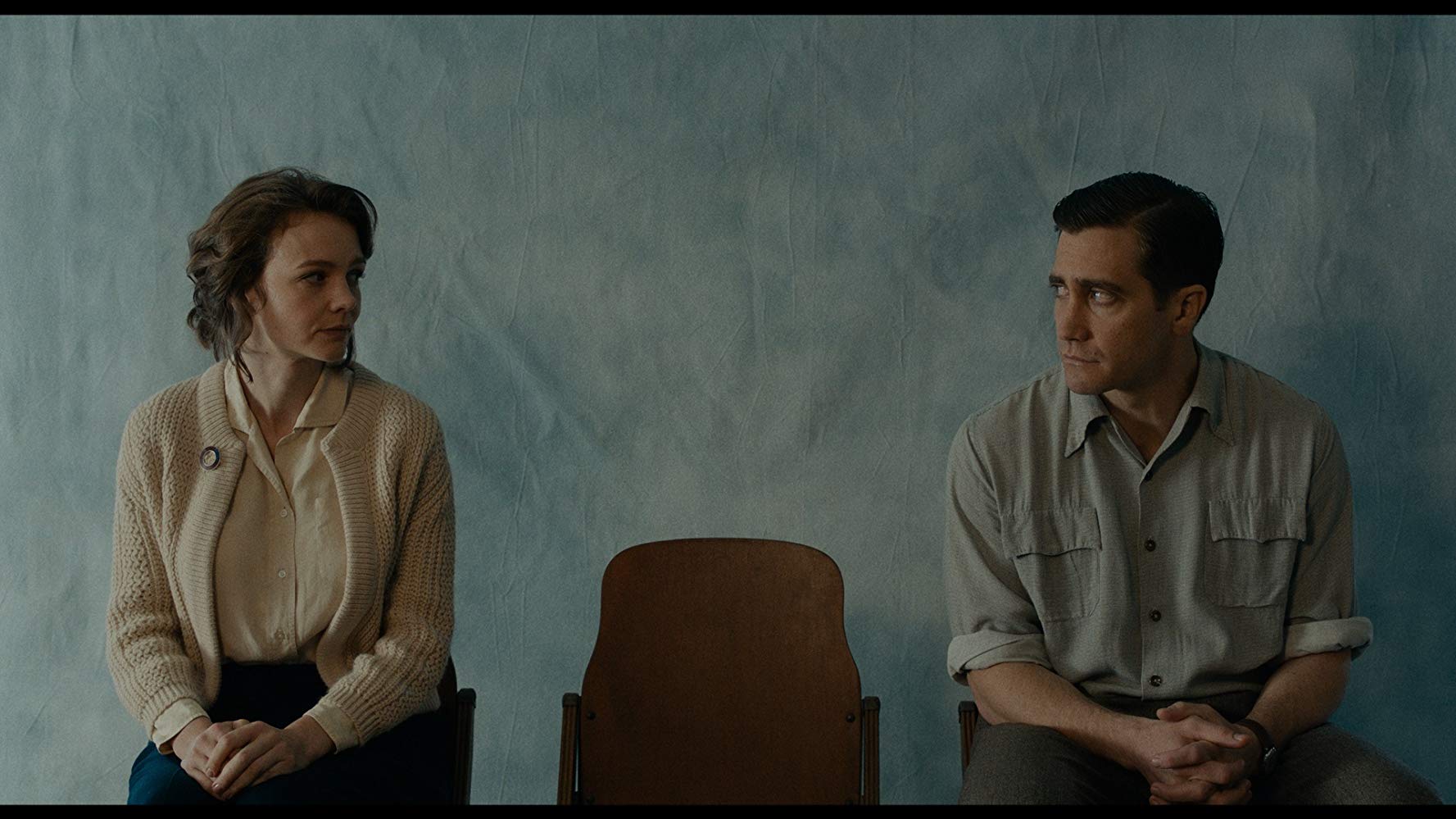 It is the early 1960s in suburban Montana, and father and son are playing ball in the yard while Mom prepares dinner. It seems like any other domestic scenario. But it’s not long before we realise that there are cracks in the suburban façade. While Jerry (Jake Gyllenhaal) leaves the family home to seek work, Jeanette (Carey Mulligan) uses everything she has to find a way to survive, with son Joe (an outstanding Ed Oxenbould) caught between the two.

Once Jerry is out of the picture, Jeanette begins to unshackle herself somewhat inelegantly from the frustrations of her domestic role, seizing the opportunity to break free from her enforced upbeat drudgery and becoming an embarrassment to her teenage son in the process.

Joe is a self-sufficient young man who tries his best to step into his father’s shoes in his absence but isn’t quite old enough to cope emotionally with what’s thrown at him. We see the issues which both parents have through Joe’s eyes. Some of the most striking moments are when Dano chooses to focus on Oxenbould’s face while we just hear the conversation happening on either side of him. In my view, it’s a highly accomplished performance from the young actor and despite Carey Mulligan being on top jittery form, it’s his show.

There is also the frequent and judicial use of shots where characters are filmed through doorways, emphasising how their circumstances have trapped them, how difficult it is to break out of ingrained behaviour.

As family life disintegrates, and Joe is torn between his parents, his own childhood seems to have come to an end. The final scene, and the ending, perfectly capture the uneasy point that the family has reached.

An emotional drama, and a skillful piece of work for a directorial debut.

Wildlife is on limited US release from 19 October, and in the UK on 9 November 2018