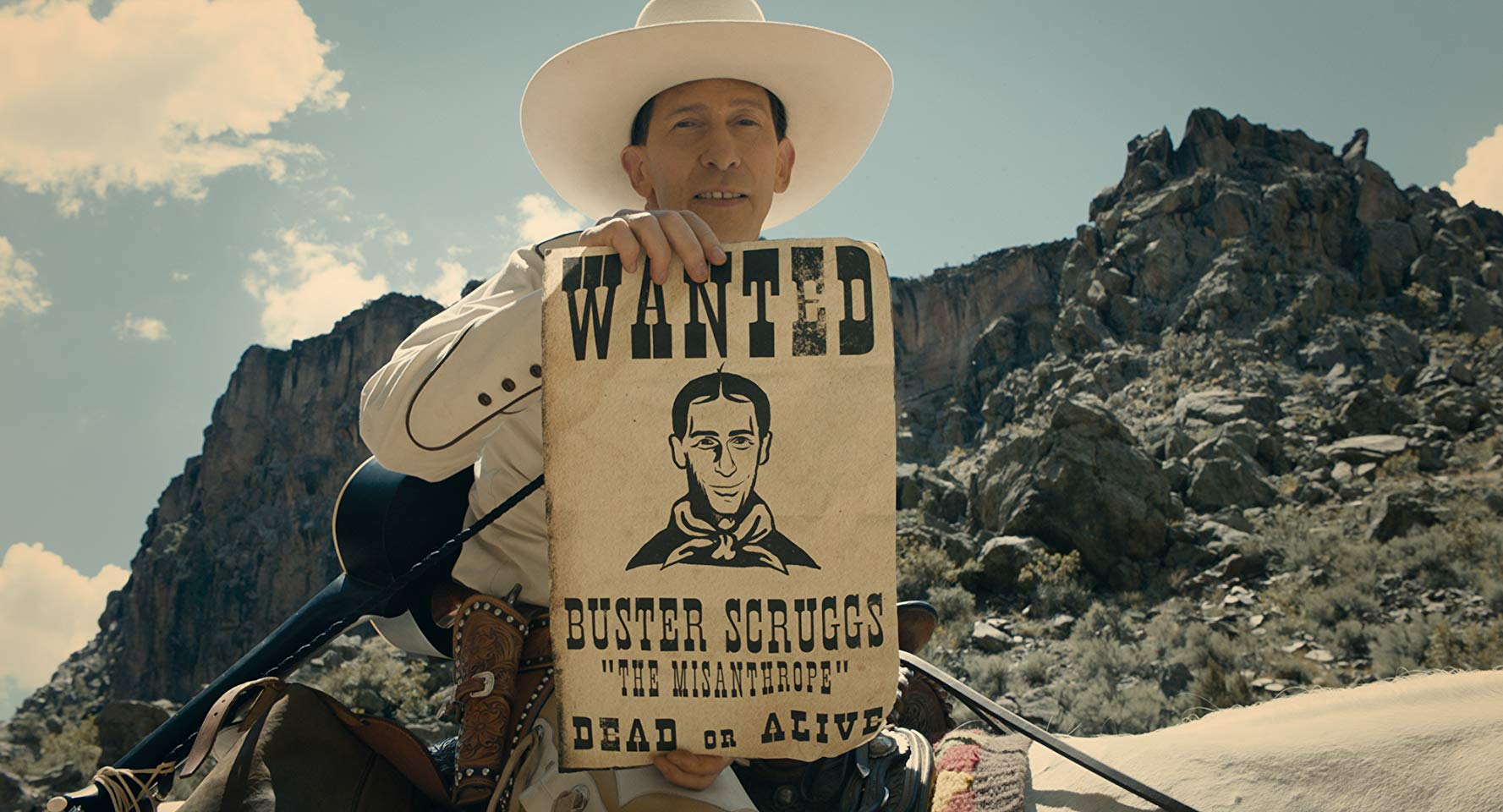 So here’s the thing.

When you create a film divided into six individual stories, even if they are all connected by theme, time or setting, you always run the risk of at least one, and perhaps more, standing out as being less strong than the rest.

The Ballad of Buster Scruggs, the latest from Joel and Ethan Coen, is no exception.

Each of the chapters – literally, as we are introduced to each segment via a page-turn of a dusty book – takes a slice of life (and death) from what cinema audiences will easily recognise as tropes from Hollywood westerns and adds a twist.

The film gets off to a kitschy, tuneful opening with Tim Blake Nelson as the eponymous Buster Scruggs, who sings and shoots his way around the Wild West with aplomb. His fanciful methods of dispensing with those who have slighted him are the stuff of huge hilarity, none more so than the way in which he deals with one antagonist by creative use of a table.

After that, we have five further chapters which feature characters from cattle rustlers to Comanche and settings from gold prospecting to wagon trails, and the Coens riff off these stereotypes with varying degrees of success.  The tone becomes continually more somber as time passes.

Despite the opening comedic touches, the underlying theme which unites all of the chapters is actually how close we are to death and how a little drop of good luck could be the difference between survival – or not.

It’s disappointing that the female roles are limited, particularly as the two segments featuring women most prominently were among my favourites – and not because of the female characters. The section The Gal Who Got Rattled(featuring Zoe Kazan) was one I liked a lot, showing as it does the predicament and subsequent decision-making which women at the time would be forced to make. And the final section – The Mortal Remains – includes a wonderful Tyne Daly with a range of facial expressions which are a joy to behold.

Without giving too much away, it’s interesting that the section which for me dragged the most is the one which seems to have been getting the most love; but then with six to choose from there’s something for everyone, whether you’re a No Country for Old Men Coen fan, or more of a Hail, Caesar! aficionado. For me, this doesn’t surpass the best work the brothers have done and I didn’t find it as sublime as others have, but it’s far from boring.