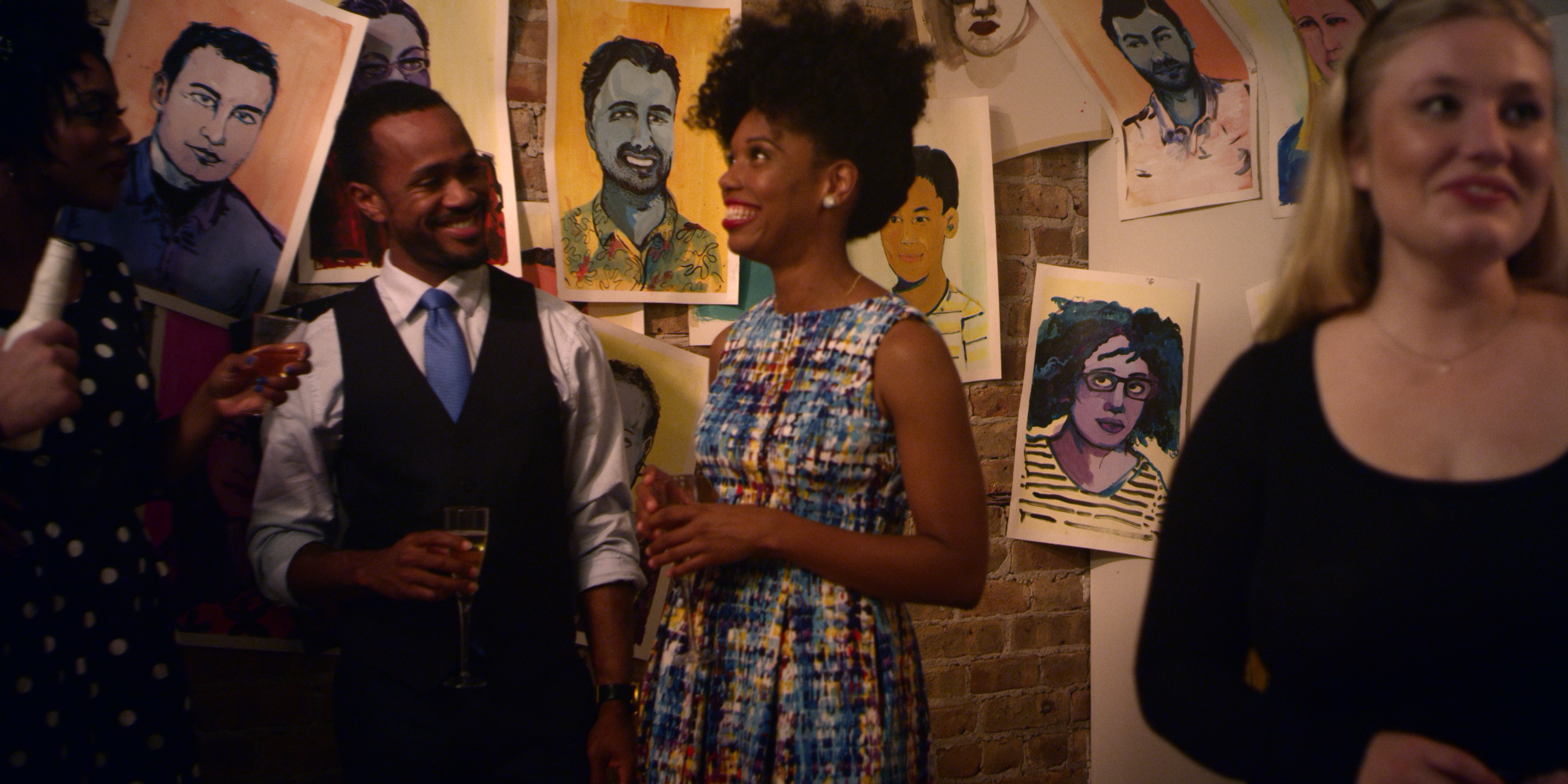 Adam finds the LA Film Festival entry Olympia a warm and inviting character piece about one of those life-defining moments.

Olympia, the film and the character, finds growing up is hard to do especially when the world is spinning out of control around you.  The feature film debut of director Gregory Dixon finds grace, uncommon quiet humor and a breadth of emotion in what could have been a standard story of millennial malaise.  Star/Writer/Producer Mckenize Chinn’s script is not just a platform for her dramatic and comedic chops but a writer with the ability to find assured storytelling in the most intimate of moments.

Olympia Welles (Chinn) is on the precipice of 30.  Like many of her age group she dreams big, has a dead end job, a relationship she is unsure of, and an overly priced apartment with a roommate.  Over the course of a few days she will lose her roommate, dead-end job, and boyfriend … and of course turn 30.  Rather than retreat to her non-existent family, Olympia dares to face this on her own and on her own terms.

One of the most charming aspects of Olympia is its willingness to stay low key and not go for broader moments.  Writer/Star Mckenzie Chinn has written a script that doesn’t fall into the trappings of the Millennial Malise subgenre but rather creates a hopeful portrait of hard-earned wins in the face of life’s roadblocks.  It helps that Chinn has written a movie set in Chicago that doesn’t feature clichés for characters.  Rather the script introduces us to Olympia and the people in her life as successful hardworking people that approach the challenges of everyday life with a huge dollop of humor and grace.  Olympia as a story and film loves its characters and more importantly wants you to love them as much as it does.

There is a sense deeply personal authenticity that permeates through the entire film.  Working with director Gregory Dixon, they create a film as visually clever as the story is heartfelt.  Dixon manages to find unique ways and entry points to show us the inner life and workings of Olympia.  By using both unique and fun visual effects and elliptical editing gives us a unique viewpoint that works as almost a visual voice over narration.

There are moments of intimacy and sadness throughout that give the film weight.  Though the film deals with heavy themes it is always light on its feet never succumbing to navel-gazing moments but rather the film allows Olympia to be reflective.  By being so specific about Olympia’s experiences and imbuing the character with a sense of pride and ownership in her life.  That pride and ownership are positives and never portrayed as anything but.  There is a power to that kind of character.  Rather than having someone lie, cheat, and other aberrant behavior that seems to litter the genre.

Olympia is simply put a great intimate coming-of-adulthood tale with a great performance by Mackenzie Chinn at its center.