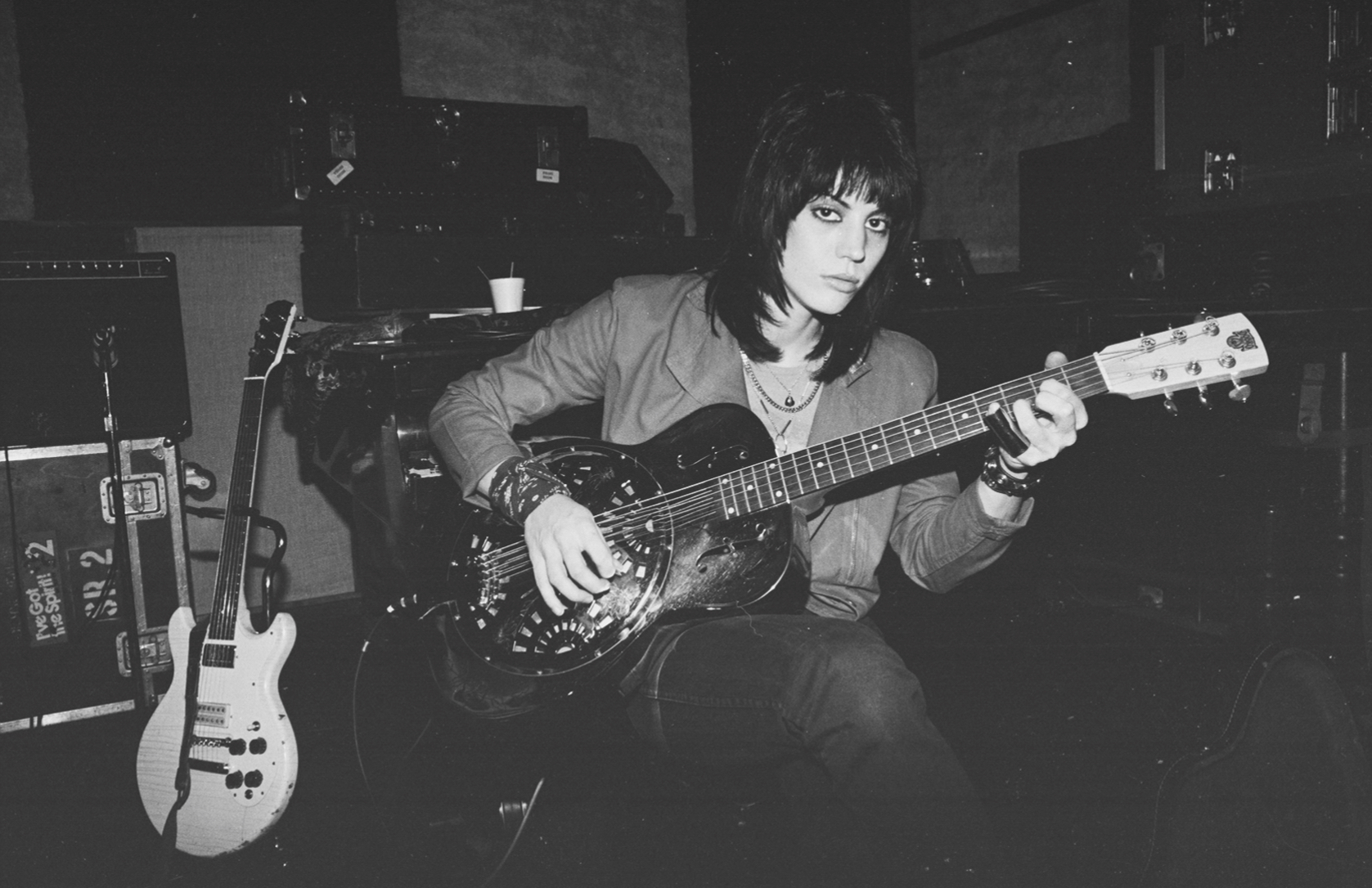 Joan Jett is an iconic legendary rocker created The Runaways, sung classics like Crimson and Clover, I Love Rock ‘n Roll and of course the Song that gave this doc it’s title Bad Reputation.  The documentary finds reverence in its subject and shows the highs and lows but feels as though something is lacking at it’s end.

Bad Reputationcharts Jett’s meteoric rise from one of the first All-Female Punk Rock acts (The Runaways).  To her bottoming out and quitting of her band.  The formation of Joan Jett and the Black Hearts.  Her 35-year professional relationship with legendary producer Kenny Laguna. Finally, to her current iteration as not only a successful touring artist but muse for such current stars like Miley Cyrus. All the while showing the influence Jett had on music and artist in the 80’s, 90’s, and 00’s.

Director Kevin Kerslake gives Bad Reputationa slick look that is the norm of these types of documentaries.  Animated photos, bold title font, shaky after-effects, great music all blended together for maximum entertainment.  If one is looking for a more quantitative look at the Singer’s life one should continue to look elsewhere.  Kerslake takes substance for flash and info-tainment rather than digging deeper journalistically for a more substantial look at someone who’s hard work and effort changed the face of Rock Music.

Ultimately, film suffers from style over substance. There are flashes of more than that style in sections of the film.  The documentary is unfortunately not the sum total of its parts.  Bad Reputationis a glossy look at Joan Jett but as for the definitive word on the iconic Rocker, one will have to still wait.

Bad Reputation is out in Theaters and on VOD September 28th