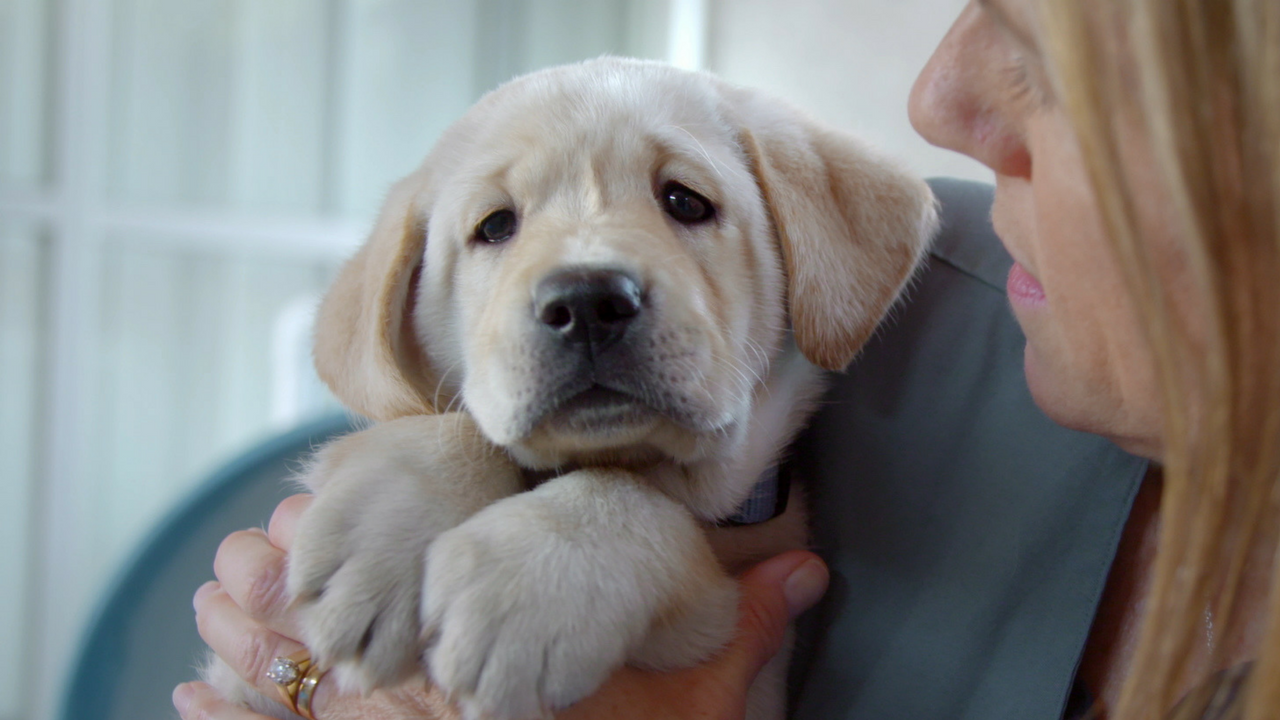 The reputations of service animals have run the full social media cycle over the past couple of years: from Aren’t They Just the Greatest? to That’s Not a Real Guide Dog, That’s Just Your Pet in a Vest. Service animals can be heroes or annoying impostors depending on the tweet of the day.  Pick of the Litter, a slickly-made documentary for all ages, explores the training and molding of bona fide guide dogs for the visually impaired. The film follows five puppies from birth through the various phases of the rigorous training experienced by legitimate service dogs.

The film combines thousands of cute puppy shots with an inside look at the elaborate process behind the breeding and training of these special animals. Our five candidates will fall into one of three categories:  a “breeder” for future guide dog candidates, career changed (meaning “go be a regular pooch”) and bona fide working dog. Like Dancing with the Stars and other elimination talent competitions, we see the puppies grow into dogs while the impulsive candidates are slowly weeded out until only two legitimate contenders remain.  (I’ve refrained from using the dogs’ names because seeing who makes it through to the end is part of the fun.)

Pick of the Litter also examines the other side of the guide dog equation: the owners-to-be.  Throughout the film we follow a young man who is awaiting his first ever service animal.  Receiving a guide dog will change his life forever, giving him a sense of freedom and security that he’s never felt before. The audience is also introduced to an older woman who needs a replacement for her 10-year-old service dog who is being retired into pethood. She is feeling the limitations of using a cane to get around and longs to have that sense of freedom and security restored by a new, youthful canine.

The film is perfect for younger audiences, and at 85 minutes, the runtime shouldn’t be a problem for shorter attention spans. There are no doggie deaths, no trauma of any kind. Even the dogs that “wash out” of the program are shown at the end of the film living in loving homes as happy pets. Pick of the Litter offers lessons about the importance of service animals and raises awareness about the visually-impaired people who put their lives in the hands of these guide dogs every day.

2 comments on “Film Review: Pick of the Litter”