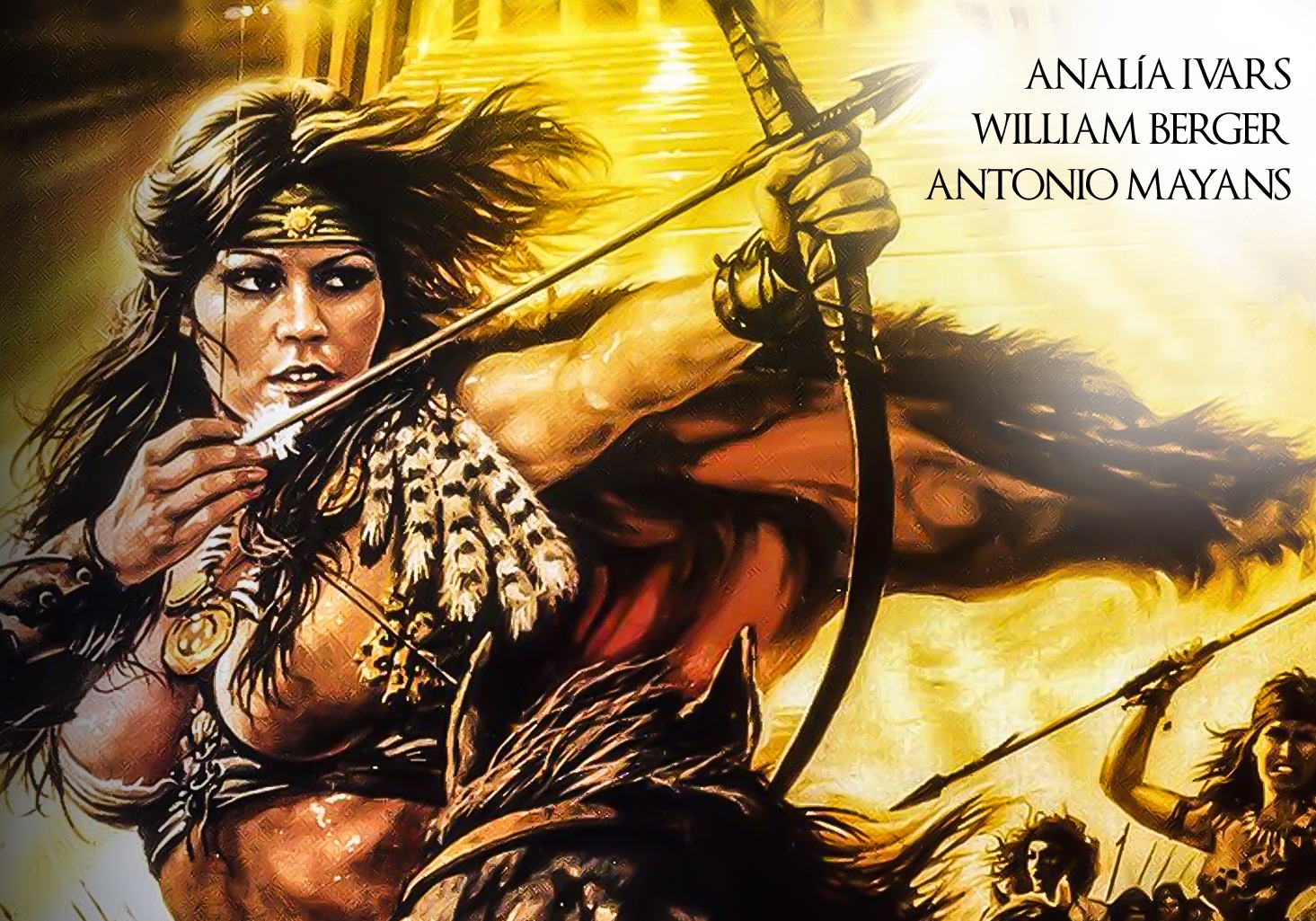 Adam takes another look at the world of 1980’s Genre Softcore with Jess Franco’s Golden Temple Amazons.  Being released by MVD Classics on Blu-Ray.

I don’t knock anyone for their love of Jess Franco (aka Jesus Franco) and his oeuvre of softcore genre films.  A man whose reputation was built around the Late-Night Showings of his films on cable stations like Cinemax and Showtime.  Franco continues his somewhere between softcore nonsense and tonally oblivious “jungle” adventure films with Golden Temple Amazons.

Much like Diamonds of Kilimandjaro, the film’s central conceit is a group of the most inexperienced and amateur treasure hunters are searching for a vast amount of gold going up against evil “natives”.  This time the natives are actually white people with blond hair and blue eyes.  These Amazonians are more of the “Wonder Woman” type than the true Amazonian tribes of Central America.  Lead by an evil power couple Uruck and Rena, they are not only planning on killing said inept treasure hunters but also killing Liana (no relation to Diana from Diamonds).  Liana long ago was left orphaned by Rena, after she murders Liana’s father and mother. It is only a matter of time until the treasure hunters, Liana, Uruck, and Rena face off.

Much of the film is built from B-Roll Nature footage, a reusing of exact beat-for-beat scenes that replay out for no reason. The concept isn’t a bad one, if for only Franco actually cared about any aspect of the film.  Swaths of scenes play out like nonsense with no narrative drive. It’s only through rough edits do we get some sense of movement with the treasure hunters more concerned with a love triangle within the group than actually getting to their ‘fortune and glory’. The Amazonian storyline is as messy as the treasure hunters.  The evil power couple seems to be as inept as the treasure hunters continually getting one-upped by Liana at every turn.  In fact, there is no narrative danger at all.

Again, Franco uses the narrative as an excuse to show off ample nudity and hilariously shot and acting love scenes.  At this late stage in his career, it feels like going through the motions than having actually something meaningful or even entertaining to imbue a film with.  Golden Temple Amazons has a chance to be something more than an excuse to show women’s bodies.  It could have been a fun, funny, ridiculously violent jungle adventure but it’s not.  It’s not even unintentionally fun.  Golden Temple Amazons is a void filler.

The transfer is a slight bit better than Diamonds of Kilimandjaro.  Though it should be stated that the source master MVD was given has not aged well in the least.  There are moments within the film that the transfer is beautiful free of scratches, blemishes and the like.  Other moments the transfer given to MVD is an unmitigated disaster.

MVD Classics’ Blu-Ray of Golden Temple Amazons is out now