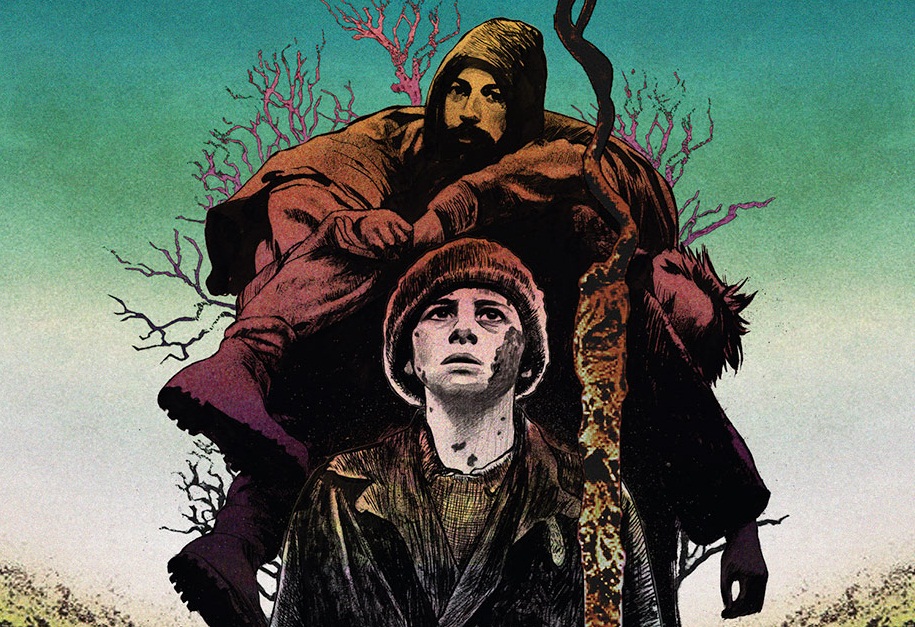 The first-ever New Zealand film to be screened in main competition at the Cannes Film Festival, Vigil earned a standing ovation and it’s easy to see why.

It’s a tremendous piece of work from first-time feature director Vincent Ward, and this Blu-ray release from Arrow Video really highlights the beautiful cinematography among other things.

An eleven-year-old girl, Toss (the outstanding Fiona Kay), lives on an isolated farm with her parents and grandfather. At the exact moment her father suffers a fatal accident, a stranger arrives on the farm – and each member of the farming family develops a different relationship with the newcomer.

Told very much from the point of view of Toss, Vigil combines the impact of the stranger’s arrival, the process of grieving for her father, but also the point at which Toss is moving from being a child into a young woman. We feel her conflicting emotions towards the incomer – she’s intrigued by him and also jealous when she sees him beginning a physical relationship with her mother. Part of her is still happy running around the countryside in gum boots and climbing trees, but she’s also becoming aware of her developing body and feelings.

A beautiful blue-hued dream sequence lets us in on some of these thoughts, and the judicious use of red punctuates events at relevant moments to heighten tension. It’s striking among the brown of the mud which invariably surrounds the farmhouse and the daily routine.

The dialogue is sparse, with the visuals doing a lot of the work in the early part of the film. Fog rolls in across the hills, the wind whistles and rain pours down. There’s no doubt that the elements play as great a role as the people.

Interestingly, the original trailer (available online as well as included on this Blu-ray release) gives a very different impression of the film, making it feel more of a thriller or even a horror story. It captures some of the atmosphere, true, but I also found it somewhat misleading. It does, however, evoke the film’s Kiwi Gothic-ness, with everyone being forced together and yet isolated, and with nature and the elements posing as much of a threat to the individual as they do to each other.

Also included on this Blu-ray release are an exclusive appreciation of the film from critic Nick Roddick, an episode of New Zealand Television programme Country Calendar from the set of Vigil, and an extract from a documentary on New Zealand cinema featuring director Vincent Ward – all of which help to place the film and its director in the context of New Zealand cinema in the 1980s.

This HD presentation of Vigil is well-worth seeking out – not just for how it looks, but for the delicate and remarkable examination of a young girl coming to terms with significant changes in her life. Very, very touching.