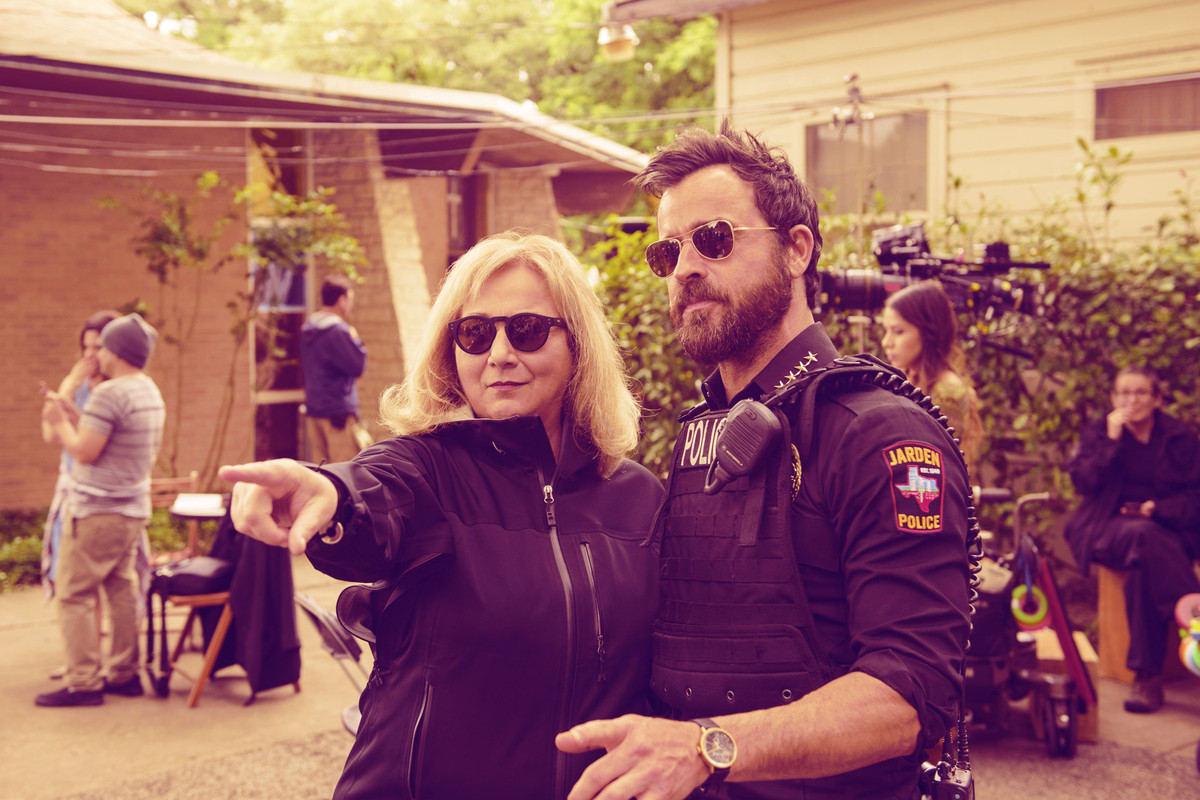 Kristen continues the monthly column Her Story with a look at the career of Deep Impact director Mimi Leder.

When I first started writing about movies regularly the double standards applied to male and female directors was brutally apparent. Men continue to receive multiple opportunities behind the camera, searching for the right feature in which to prove the “promise” someone saw in them. Women, though, are often given a single shot to make an impression, and if their movies fail – a fact helped by lack of marketing and studio support – it’s chalked up to female incompetence. No one wants to see women direct, right? But in the wake of Kathryn Bigelow’s Oscar win, and the rise of female directors like Patty Jenkins, women are becoming more vocal about seeing more diversity behind the camera. But to celebrate those ladies, we need to go back to look at the woman most often used as the example for this directorial double standard: Mimi Leder.

Leder’s directorial debut came in 1997 with the political action thriller The Peacemaker. For a female director predominantly known for helming television shows and TV movies, the idea of receiving a movie starring George Clooney and Nicole Kidman right out of the gate sounds dazzling to people (mind you, Clooney and Kidman weren’t the acting juggernauts they are now). But for 1997 this was uncharted territory. Leder’s skill behind the camera was evident in this rapid-fire story of a US Army colonel and a doctor attempting to stop nuclear weapons. With Leder creating a fluid, engaging feature, it almost makes up for how male-driven the movie is. Though Kidman’s character starts out the movie, George Clooney’s devil-may-care colonel is the real mastermind, mansplaining at every turn and generally leaving Kidman in the dust. It’s almost prophetic how this movie plays in the wake of Leder’s eventual fall from grace.

Despite mixed reviews The Peacemaker made back its budget and garnered Leder her biggest assignment to date, Deep Impact. This $80 million disaster film was Paramount’s tentpole for the summer of 1998. The story followed a group of people, from the President, to a teen couple, to the astronauts in space, struggling to deal with the arrival of a comet so large it kicks off an E.L.E. (extinction-level event). Deep Impact had been trapped in development hell since the 1970s, but in the early ‘90s Steven Spielberg latched on to it, preparing to make it his next work as a director. By 1997 Spielberg was wrapped up in making Amistad, and it didn’t help that Touchstone (a subsidiary of Disney) had announced their own disaster film about an asteroid, Armageddon. So, Spielberg stepped away from the project – remaining attached as executive producer – in favor of hiring Mimi Leder.

The summer of 1998 was dominated with talk about the competing projects, not unlike the previous year’s dual volcano projects (Dante’s Peak and Volcano). Neither film was willing to move the release date and Paramount put out Deep Impact a mere two months before Armageddon. As its own property, Deep Impact shows what Mimi Leder’s work would explore in the ensuing years. It’s a dark drama about the mundane ways we try to stave off our own mortality, even knowing it’s about to come in the guise of a literal object from space! It’s a film that eschews the theatrics and bombastic machismo of Michael Bay’s films and holds many commonalities to Leder’s work on the HBO series The Leftovers. Deep Impact went through massive studio restructuring in the wake of poor test screenings, and though it made more money opening weekend than Armageddon would, it’s often considered the weaker of the two.

Despite the lackluster overall reception to Deep Impact – which has amassed quite the cult following in the 20 years since – it wasn’t the film that stuck Leder in the black hole known as “director jail.” Leder herself cites her follow-up, the 2000 drama Pay It Forward, as the film that kept her hobbled. Based on the novel by Catherine Ryan Hyde, Pay It Forward is a melodrama (emphasis on the drama) about a young boy attempting to change the world through a series of good deeds. This was the first film Leder worked on that was written by a female, creating a perfect storm for critics to decry that women couldn’t handle filmmaking. Like Deep Impact, Pay It Foward suffered from issues in execution, both at the script level and upon screening. The movie was a moderate success, but it’s lack of massive critical support coupled with Deep Impact becoming a punchline, led the studios to lose faith in Leder entirely.

Leder has said, “the experience of going to Movie Jail was loud and deafening.” In the wake of Pay It Forward’s failure Leder directed one more feature, the little seen 2009 feature Thick as Thieves. The majority of her work has been located on the small screen, where she has become a legend. She worked regularly on the series’ ER and

Showtime’s Shameless, but everyone seemed to remember Leder as a titan of directing with HBO’s The Leftovers. Helming ten episodes over the series’ three years, Leder’s camera captured the darkness, existential dread, and ambiguity in a way not too far removed from her work on Deep Impact. Later this year she’ll finally get her return to big-screen filmmaking after a nearly ten-year absence. She directed On the Basis of Sex, a biopic about Ruth Bader Ginsburg that couldn’t be timelier.

Mimi Leder deserves better! She is creating some of the best television out there, and in a landscape where men were the ones directing action movies, Leder proved herself adept. Works like The Peacemaker and Deep Impact, even Thick as Thieves, aren’t flawless, but they are movies that many would assume men would direct. Leder broke barriers and was punished for it the minute a movie that should have worked as a “woman’s picture” didn’t. I’m excited to celebrate Leder’s return because it’s been a long time coming.

Her Story will be back next month…