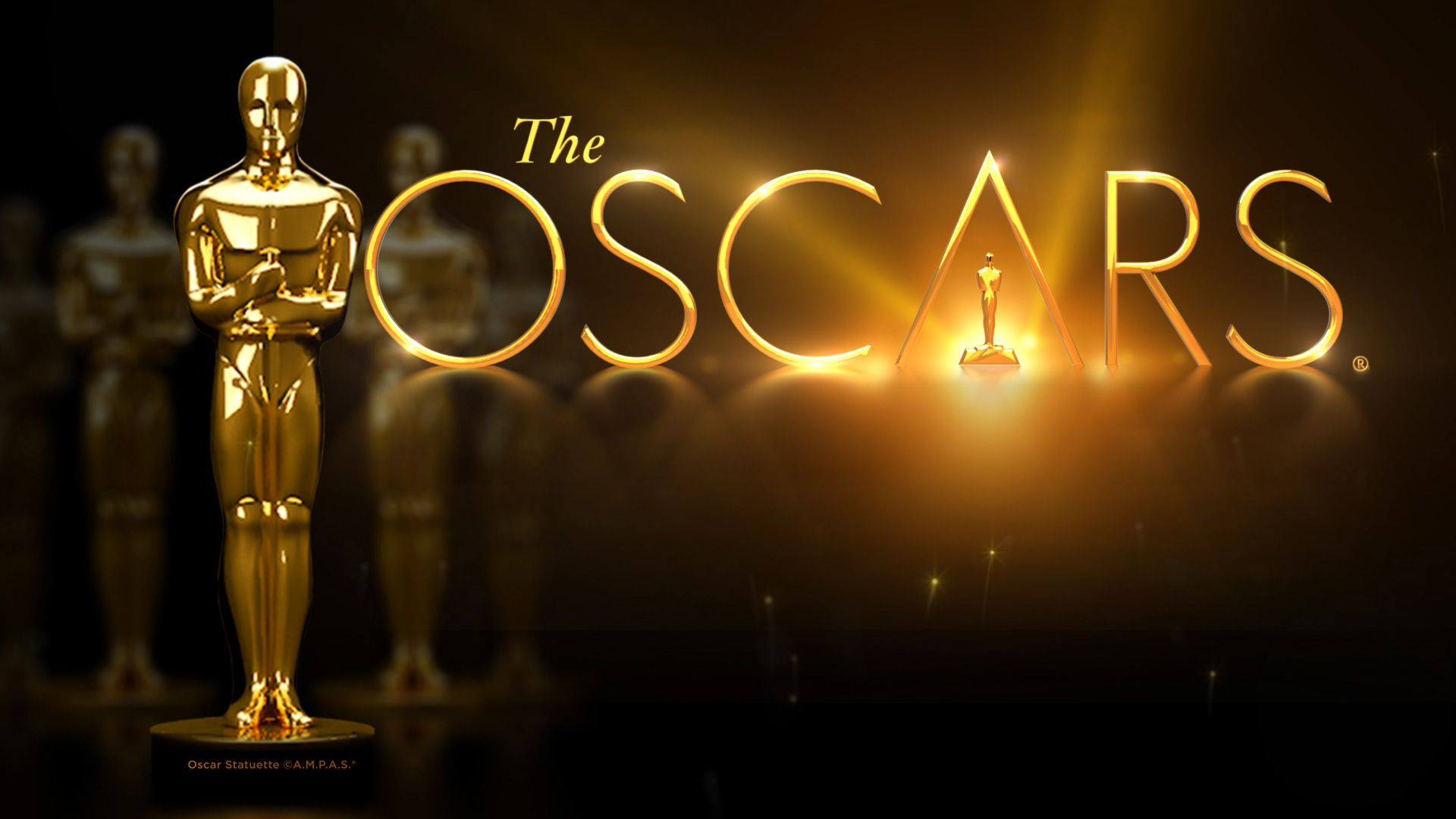 On March 4, 2018, the curtain will rise on the 90th edition of the Academy Awards, and a mere four hours later, the films released in 2017 will be a thing of the past.  Everyone will turn their eyes toward the 2018 Cannes Film Festival where the awards circuit will once again fire up its engine and introduce audiences to the releases we may still be talking about this time next year.

What follows is my look at some of the major categories to be decided on Sunday night. Who will win?  Did the Academy make the right call?  It’s a year with few sure-things, so let the speculation begin!

Will Win:  The Shape of Water

Should Win:  The Shape of Water

Thoughts:  We’ll tackle the toughest category of the night first.  It’s been a long time since there was no true frontrunner for Best Picture.  I think the Academy will be smitten with the old-fashioned movie-making and Golden Age influences found in The Shape of Water. If I’m correct, the Oscars will return to the trend of linking Best Picture and Best Director after a couple of years of splits in those categories — Moonlight/Damien Chazelle and Spotlight/Alejandro G. Inarritu.  If Water loses, it will likely be to Three Billboards Outside Ebbing, Missouri. Less informed voters who didn’t make it through their entire pile of screeners have a tendency to vote a party ticket. If they’re punching the chads for Frances McDormand and Sam Rockwell, they may very well flip the switch for Three Billboards at the same time. Some folks in the social media universe are predicting a Get Out upset, but that seems far-fetched given the Academy’s general disdain for horror films and the fact that Jordan Peele is a first-time filmmaker.  The Academy tends to reward talent that has proven itself over the course of numerous films, and that spells del Toro’s The Shape of Water.

Thoughts:  Deakins has 13 prior nominations and should already have a shelf full of Little Gold Men.  So, he has the “career award” argument in his favor. Not that he needs sympathy to justify his award since Blade Runner: 2049 is a stunning visual accomplishment. He recently won the 2018 award from the American Society of Cinematographers, so the majority of his peers are in his corner.  If Deakins pulls a Susan Lucci and somehow manages to lose for the 14th time, it would likely be to Hoyte Van Hoytema for Dunkirk.

Should Win:  Sally Hawkins (The Shape of Water)

Thoughts:  Frances McDormand is a force of nature in Martin McDonagh’s angry film, literally and figuratively burning everything down around her. While it’s a commanding performance, McDormand is never called on to display her amazing range. The screenplay locks her into a role as the enraged mother of a murdered daughter, and that is where she stays for the entire film.  It’s a great performance, but it repeatedly plays the same note for 115 minutes. So, why Sally Hawkins? We were having dinner with friends recently. Her performance came up during our conversation, and my wife says, “She didn’t talk in that movie?” Precisely. Hawkins conveys more longing and heartbreak in a look than McDormand does with a monologue. It’s an unforgettable performance, and the fact that it’s wordless is staggering.

Thoughts:  Two veteran actors face off in the most predictable awards race of the evening.  The difference between the two men is simple:  Day-Lewis has been rewarded on multiple occasions for his brilliance, and Oldman has never carried home this particular statue. His turn as Winston Churchill is nothing to sneeze at, and he’s due. I simply find biopic performances to be one notch above an impersonation. It’s imitation as opposed to originality. Day-Lewis again creates an entire character from whole cloth. Oldman could study Churchill’s mannerisms and speech patterns to synthesize a compelling take on the world leader while Day-Lewis’ Reynolds Woodcock emerges solely from the actor’s imagination and his chameleonic Method Acting madness.  Might the Academy reward Day-Lewis one more time for his “last performance”? Maybe. But, I think Oldman has this one in the bag.

Will Win:  Guillermo del Toro (The Shape of Water)

Thoughts:  The Mexican streak will continue.  His fellow countrymen, Alejandro Gonzalez Inarritu and Alfonso Cuaron, have dominated this category for the past five years, and this time it is del Toro’s turn. The director is well-loved in Hollywood and is one of the best ambassadors for cinema in the industry. On top of that, his fellow filmmakers have been gobsmacked by what he managed to put on the big screen with a budget just under $ 20 million. The Shape of Water is a beautiful love story that sprang solely from del Toro’s fertile imagination. His personal stamp is on every frame, and the Academy will reward him for it.

Thoughts:  This may be the tightest race of the evening, and Metcalf may very well go home with the award. But, Allison Janney has been steamrolling the competition during all of the “pre-cursor” awards, carrying home the Golden Globe, the BAFTA and a host of others. It’s that strange syndrome where one performance wins the majority of the accolades from critics’ groups (Metcalf), and the other performance wins the actual awards (Janney). Metcalf’s performance is rich and subtle while Janney’s turn is loud and in-your-face. I tend to prefer subtle performances with moments of intense emotion as opposed to “big” performances where the volume is on 10 almost the entire time. Many will disagree, but it’s my preferred approach to acting. Watching Metcalf silently circling the airport at the end of Lady Bird packs more of an emotional punch than any of Janney’s acid-tongued dialogue.

Thoughts:  Much like Metcalf and Janney, Dafoe and Rockwell have been nip-and-tuck in their supporting category throughout the entire awards season. Dafoe practically swept the critics’ circle prizes, but his role suffers from an intentional lack of flashiness. He disappears into his part so completely that it looks like he’s not acting at all. Rockwell carried home the Golden Globe, the BAFTA, an individual SAG award and was part of the SAG Ensemble win for Three Billboards. So, he’s got to be the odds-on favorite, and his was simply the more demanding performance. He somehow managed to take a character whose motivations make no sense on paper and turn him into a living, breathing human being. He’s the MVP of Three Billboards, the glue that holds that film together, and he should take home the trophy.

Will Win:  Jordan Peele (Get Out)

Thoughts:  The Academy has a history of rewarding talented newcomers with a screenplay reward. It’s a pat on the head, a sign of encouragement from your elders. Quentin Tarantino took home the award in 1995 for Pulp Fiction, and a baby-faced Sofia Coppola won the award in 2003 for Lost in Translation.  This year it will be a battle of youngsters, the throw down between first-time nominees.  It’s Get Out versus Lady Bird. Peele v. Gerwig. And Peele’s horror-film-as-social- satire will be rewarded over Gerwig’s coming-of-age tale. Both screenplays are finely observed, and the success of their respective films is found in the carefully constructed character arcs and pitch-perfect dialogue. But, Peele’s story captured the national zeitgeist in a way that Gerwig’s simply couldn’t. So, the attaboy will go to Peele.

Will Win: James Ivory (Call Me By Your Name)

Thoughts:  The Academy won’t be able to resist handing an Oscar to 89-year-old James Ivory.  He is the director of period classics like A Room With a View (1985), Howards End (1992) and The Remains of the Day (1993). He has four previous nominations, but has never won during his 50+ year career. If ever there were a poster child for a career Oscar, James Ivory is it. My personal pick for this category is the “fact is stranger than fiction” adaptation of The Disaster Artist. It’s a funny, touching look at friendship, art and having the courage to chase your dreams even when you don’t have the talent to make them come true. In general, comedies don’t get much Oscar love, and The Disaster Artist, specifically, has been tainted by James Franco’s sexual harassment scandals. It’s been dropped like a block of plutonium. So, although it’s deserving, The Disaster Artist probably finished fifth out of the five films in this category.