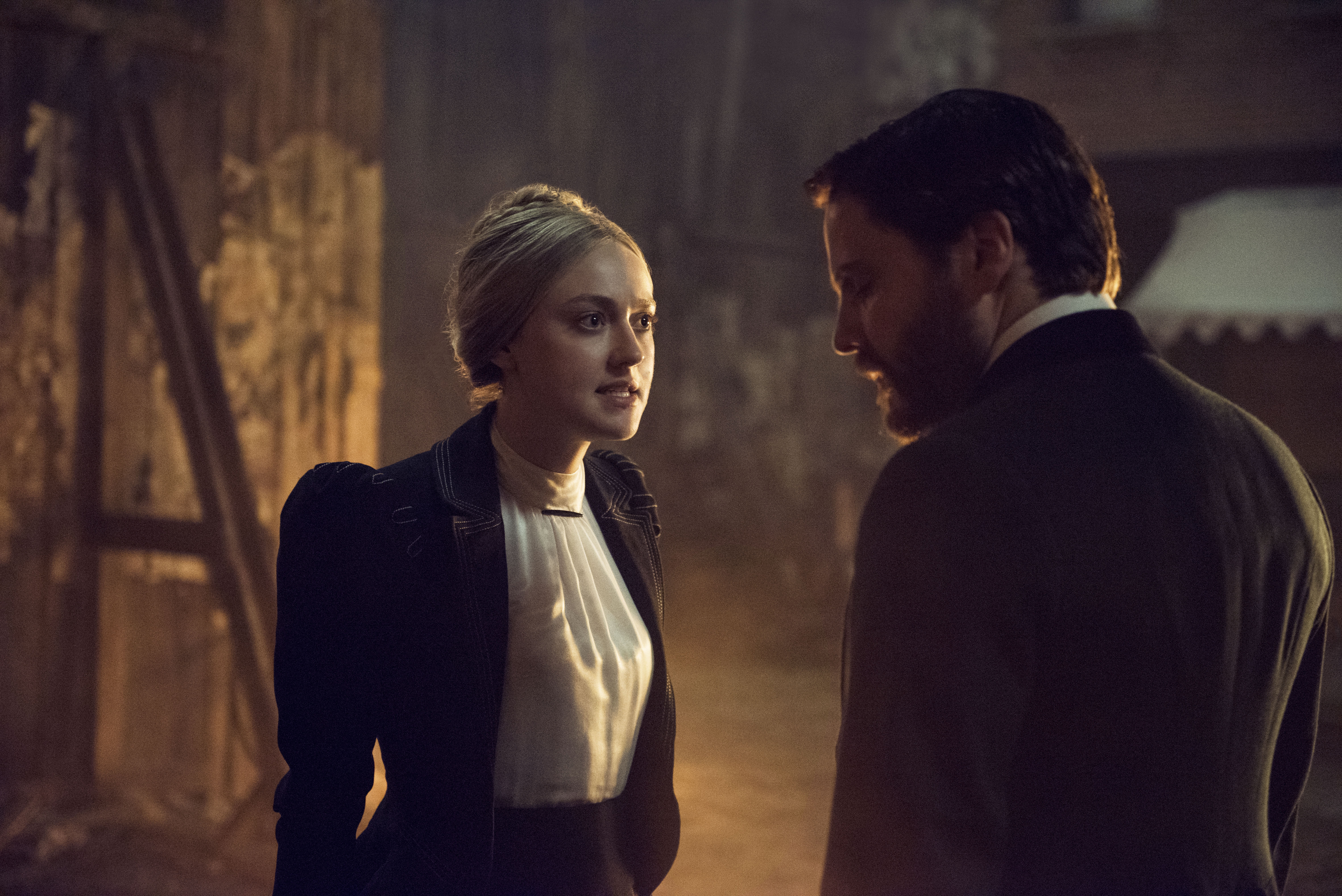 Adam reviews the sixth episode of the new TNT Drama The Alienist starring Daniel Brühl, Dakota Fanning, and Luke Evans.  The series is based on the Best-Selling Novel by Caleb Carr.

The sixth episode in the limited series “Ascension” finds conventional trappings (pun-intended) of a procedural drama.  Dr. Kreizler (Brühl) and the team sets up a sting operation to catch the killer.  Within the world of The Alienist this staple of procedural storytelling manages to be unique in not how it is used but how it illuminates issues of exploitation and expendability.

Heeding advice and discussions from the previous episode Dr. Kreizler finds his solution of how to catch this elusive killer in a dangerous game of fish.  What is the bait for said game of fish?  The bait is unconventional to say the least.  Much of the tension that the series is able to ring out of the sting operation is whom they decide to use and how they use them.

By the episode’s end the writers have managed to show just that.  Everyone, even those members of the elite and powerful can be chewed up and spat out as easily as nameless young boys Dr. Kreizler and his team are attempting to save.  The savvy of the show is never leaning sympathies to those who are truly horrendous and prey upon those in society not in power though showing they are not above the grinder of the City that never sleep.

By the end of the episode the paradigm of convention has shifted again in the series that manages to do this regularly and with a certain amount of style.  The Alienist regularly surprises, with great delight, what is a genre known for formula.  The series (though limited) is showing that the conventions and norms of the procedural genre can be stylistically subverted.  An added bonus, the episode also leaves us on one of the most iconic shots in TV of recent memory.