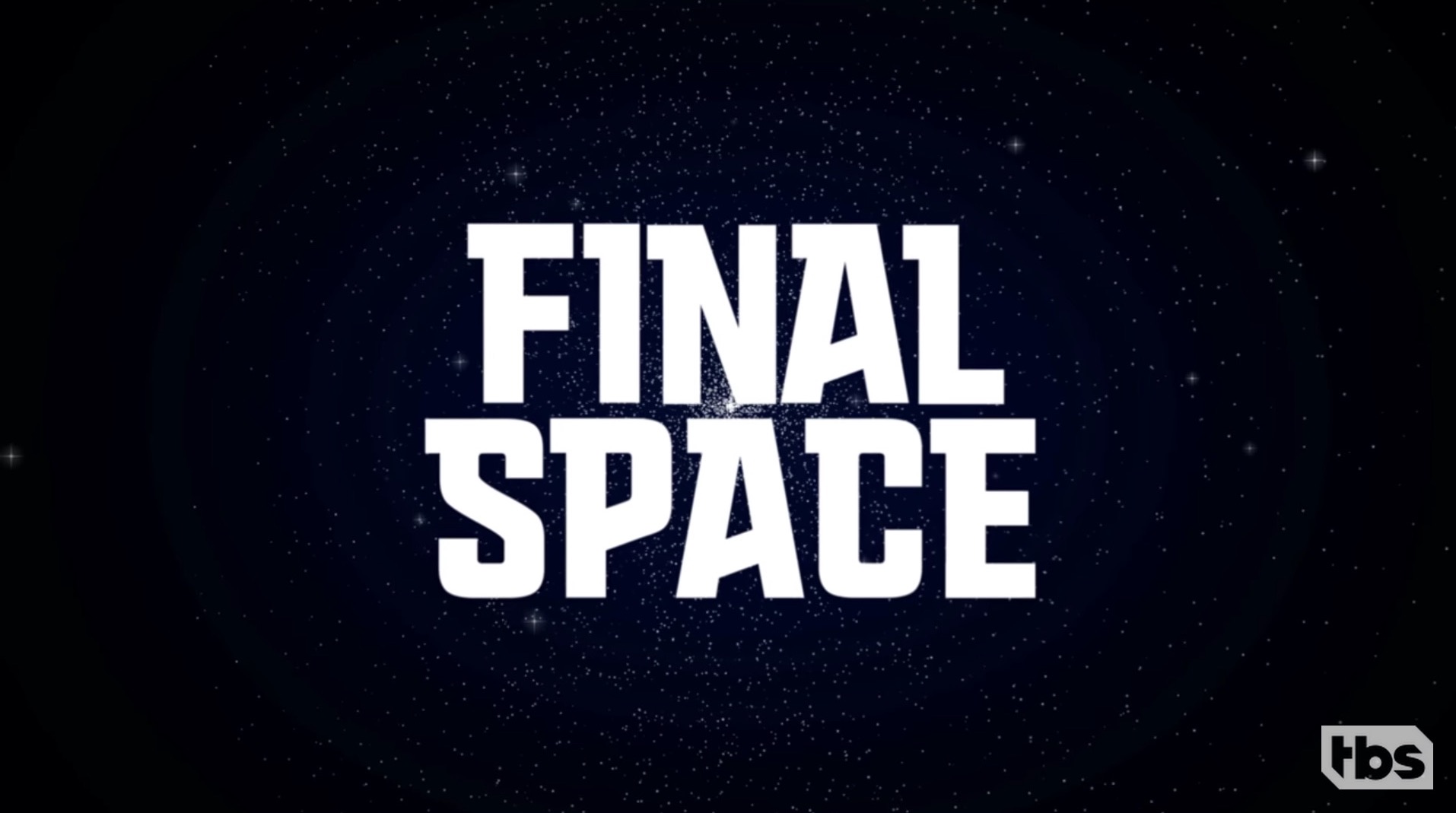 Adam has nothing but praise for the New TBS Sci-Fi Adventure Comedy Final Space created by Olan Rogers.

Those that do not know the name Olan Rogers will by the end of Final Space’s first season.  The new Sci-Fi Comedy Adventure series has enough sci-fi, adventure, comedy and most surprisingly heart to form a devoted following.  This imaginative series that recalls the best of Futurama, Guardians of the Galaxy, Galaxy Quest, and yes dare this reviewer to invoke the words Star Trek and Star Wars.

Human Gary (voiced by Rogers) through a series of truly disastrous moves trying to impress officer of the Infinity Guard Quinn (voiced by Tika Sumpter) ends up serving prison time.  Though excited dreams of space prison should be heeled as Gary is doing what is effectively community service in deep space aboard a ship ran by HUE (voiced by Tom Kenny).  The ship is not only populated by Gary but by drone robots and KVN (voiced by Fred Armisen) to ensure that he does not kill himself.

The show quickly setups up Gary as equal parts Luke Skywalker and James Kirk, showing all of the bravado but none of the skill sets either hero had.  Gary is more akin to Jack Burton (of Big Trouble in Little China fame). Gary may be a braggart and of questionable intelligence but Roberts and the writers imbue him with so much heart and warmth that his good intentions are shown even in the dumbest of actions.  Through fluke chance and a bit of bravery, Gary becomes embroiled in a plot to possibly end Earth and find the ends of the universe.

How everything comes together in the first two episodes to push Gary and possibly others on their journey is one of the delights of Final Space.  Rogers and writers David Sacks, Ben Mekler, Jane Becker, and Christopher Amick manage to take every troupe and cliché of the genre and wring new truths to them.  Flavoring the episodes with both humor and heart in equal measure brings a new lease on life to what seemed perfunctory on other shows of similar content.  Roberts and Company have also found new ways to take archetypes like the rouge, the sorcerer, the princess and breathe new life into them.

Final Space as a show and in its world does the best thing any show, especially a comedy can do, that is to take its characters, plots, and world seriously.  Things matter that happen, there is consequence, though some may not seem so during these two episodes.  Roberts has designed a world, albeit funny, steeped in the sort of science fiction lore that fans of the genre love unabashedly.  Buckle up because Final Space is something special and worth watching.