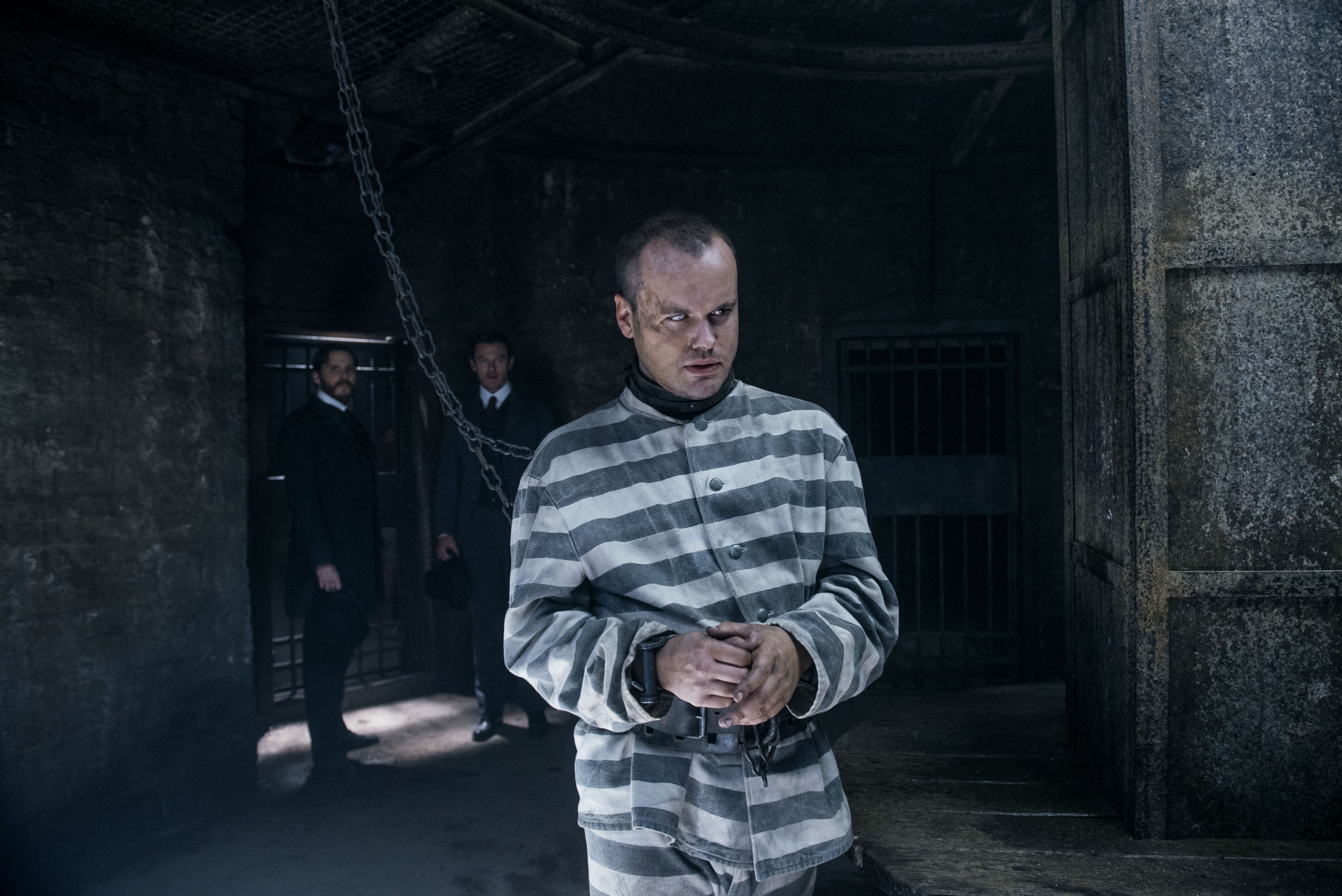 Adam reviews the fifth episode of the new TNT Drama The Alienist starring Daniel Brühl, Dakota Fanning, and Luke Evans.  The series is based on the Best-Selling Novel by Caleb Carr.

“It isn’t what you learned, it’s how you learned it”, the fifth episode of The Alienist finds politics, money, and power in play.  After the Kreizler’s (Brühl) frustrations this episodes find him and the team dealing with the frustrations that Kreizler may not know everything.  The struggle of New York’s elite to keep things under wraps become increasingly bold.  Roosevelt (Brian Geraghty) makes bold moves that begin to define him with more clarity and could push him into danger.

The beauty of the fifth episode is that it finds a way to expand on the plot with maybe not driving the entire narrative forward a great deal.  Much time is spent on development of character but with more illuminating time with the killer.  One could complain that this is another “shoe leather” episode of extending the series beyond a number of episodes.  This isn’t the case at all. One is not looking at the series and what it’s doing if one thinks of this episode as such.

Much of the enjoyment of this series comes from its focus on this ensemble of characters and their lives as they deal with societal shifts. It is no coincidence that many novels, movies, and books have made New York of 1890’s their backdrop.  The upheaval both socially, politically, and technologically was astounding and makes for a perfect backdrop to tell any number of stories.  Gaslight would soon turn to Electrical Lamps. The phone had begun to be used.  Women’s suffrage had begun.  Political Corruption was beginning to be noticed beyond the “it’s a way of life” point of view.  These events and seismic shifts were so perfectly distilled in Carr’s novel.

The show has found its own way to bring this to life without it feeling overstuffed, rather a fascinating exploration of a time, place, and characters.  Point, in fact, Roosevelt has been a character until this episode that has been seen at a distance.   This is not Roosevelt charging the hill at San Juan.  Nor is it the boisterous infinitely quotable President.  Rather Roosevelt as Chief of Police, unsure of himself and his decision.  Angered by the things he sees but almost afraid to act on them.

Brian Geraghty’s is center stage in his episode as Roosevelt and does not disappoint.  The actor has been allowed to play Roosevelt subdue without any hints of caricature that we have seen in prior film iterations of the icon.  Geraghty is playing the man rather than the icon.  The show purposely plays with the future Presidents iconography, giving Geraghty and the character room to grow.  The character makes decisions in the episode that show sparks of “Teddy” but they also will have ramifications throughout the series moving forward.  It’s that kind of care in performance and writing that separates The Alienist from any other procedural.

To call The Alienist a procedural is doing it a disservice.  Watching this series isn’t just watching another procedural but watching arresting brilliant television.