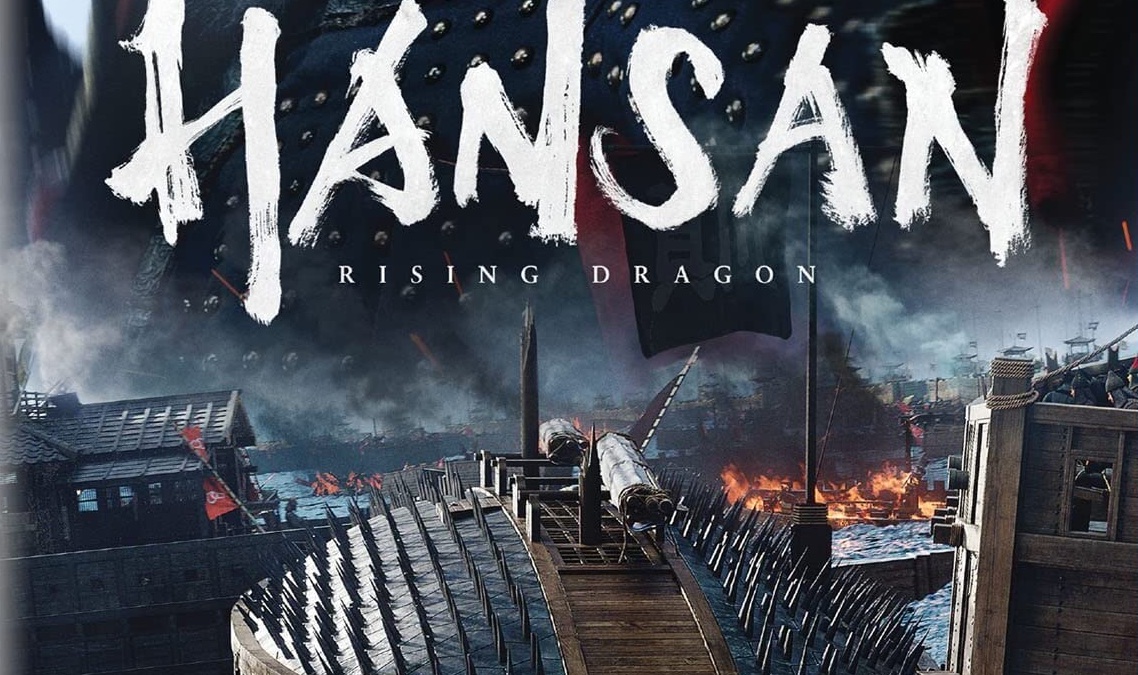 Writer/Director Kim Han-min’s second of his intended trilogy about Yi Sun-sin the historical military mastermind is actually the first film you should watch rather than The Admiral: Roaring Current.  That’s because Hansan: Rising Dragon is actually a prequel set in the years before The Admiral.  No knowledge is necessary of Korean military history or otherwise to watch this intelligent War Epic.

Set after the first victory for Admiral Yi Sun-sin (Park Hae-il) having destroyed 15 Japanese ships at Sacheon.  In retaliation, more Japanese invaders have begun to encroach on Korea led by Japanese Admiral Wakisaka (Byun Yo-han).  Out shipped, out soldiered, outgunned, out everything Yi Sun-sin and his advisors use their spy network, as do the Japanese, to try to gain an edge.  Yi Sun-sin is besieged by doubt and advisors that feel that retreat is the only option.  Through his cunning and guile, the Korean Admiral maps out a risky gambit that prays upon Wakisaka’s ego and the idea that the Korean Navy could never outmatch the superior Japanese Naval Fleet and Military Ground Forces.  All convex at the straights of Gyeonnaeryang near Hansan Island.

Hansan: Rising Dragon takes its narrative queues from the Siege film, rather than nautical adventures.  The film takes a slow burn and builds up to the battle.  Like the Seige film, the buildup is as important if more so than the battle itself.  The drama and character-level stakes that director Kim imbues into the first 90-minutes make the last thirty of the film matter more.  Without the context at a human level, there isn’t a reason to care who wins the epic battle on the water.

Though it isn’t that the final battle is inconsequential.  Hansan: Rising Dragon is always character-first which is the key to its success.  Kim’s film manages to juggle not just two but four different storylines within the battle including giving the Japanese invading forces and their characters the kind of motivation the Koreans do.  This balance level-headed approach elevates Hansan: Rising Dragon to the upper echelon of Sea-based epics.

Writer/Director Kim delivers not just a subtle character-based military drama but a sweeping epic sea-based battle film.  Hansan: Rising Dragon will have you not just going back and watching The Admiral BUT eagerly anticipating the third and final film in director Kim’s trilogy currently titled Noryang.  Let us hope it’s not another decade between chapters until he makes the finale.

The transfer provided to Well Go USA is flawless.  The digitally shot film looks crisp and sharp on Blu-Ray.  The handsome image has no issues with handling the color reproduction or contrast and black levels.  Nothing but a clean radiant image.

Character Highlights (2:23) – this EPK-style featurette goes over the various characters giving people context for the different player in this sweeping epic.  This is a great primer for anyone that may feel a bit intimidated by the film and the multiple characters.  Korean with English Subtitles.

Secrets of Makeup (3:41) – in this featurette Makeup Designer Cho Tae-Hee goes into the work that was done to the various actors to bring this historical epic to life.  There’s some great b-roll footage of the various costume test, makeup tests, and lapse photography of makeup applications.  Korean with English Subtitles.

Staff Commentary (4:01) – not a full-on commentary track but rather various crew members commenting on the film itself discussing the various aspects of making the prequel to The Admiral.  Comments are by director Kim Han-min, music director Kim Tae-seong, production designer Jo Hwa-seong, VFX artists Jeong Cheol-min and Jeong Seong-jin, and martial arts supervisor Choi Bong-rok.  Again, there’s some great b-roll footage here from the production showing just how much work went into this epic film.  Korean with English Subtitles.