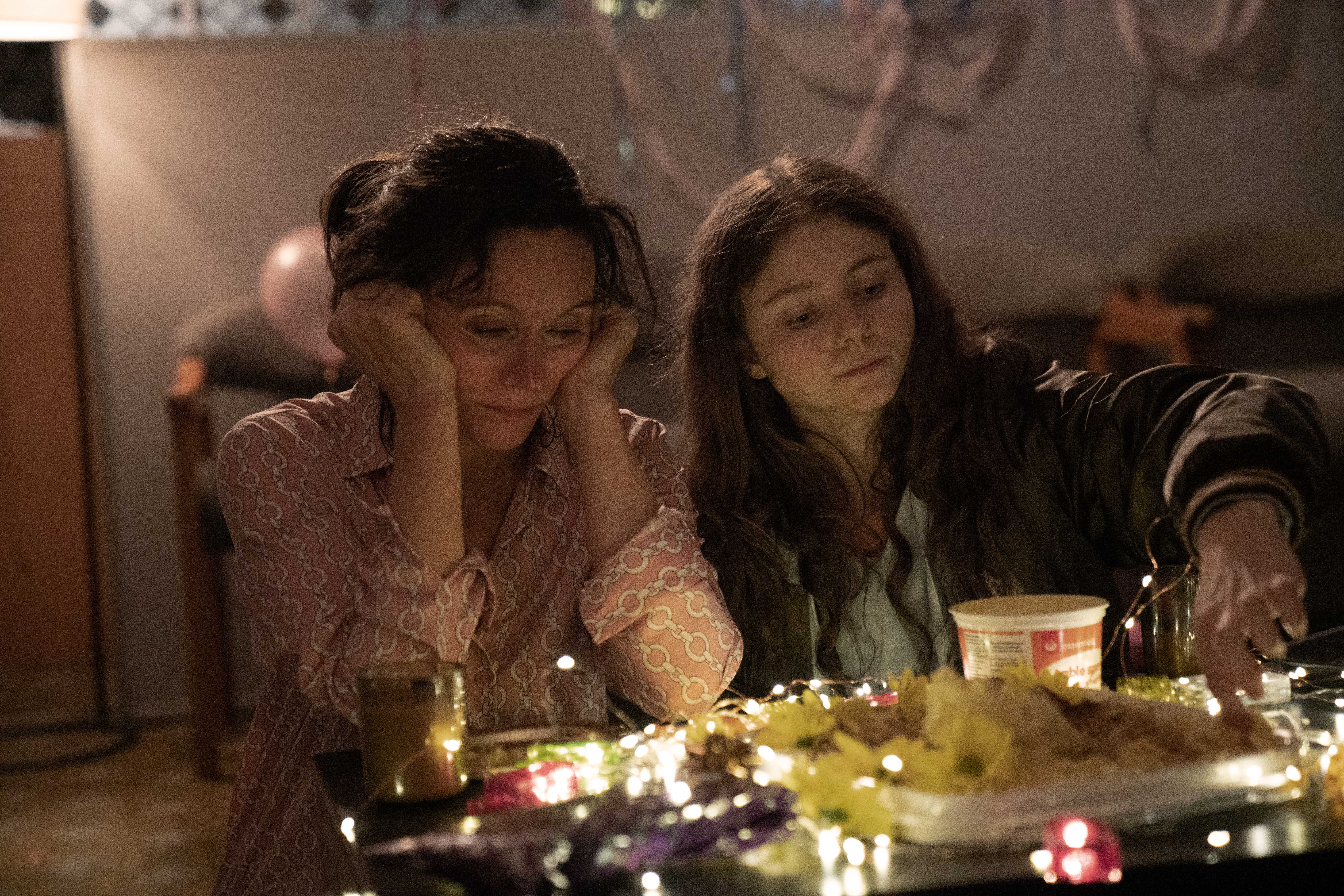 A willful yet caring mother tries to regain custody of her two children – but the authorities are just following the rules and Bunny’s desperation takes over. Essie Davis is magnetic in this social drama from New Zealand.

Bunny King (Essie Davis) is doing the best she can. Washing car windows at traffic lights earns her a few dollars, but it’s nowhere near enough to find a home for herself and her two children, who are currently in foster care. Wildly promising her young daughter a birthday party, Bunny finds life spinning rapidly out of control as she finds herself homeless and looking after her teenage niece (Thomasin McKenzie), whilst trying to circumnavigate social services.

The Justice of Bunny King is a film which is heart-breaking yet without schmaltz, and which reflects serious issues in contemporary New Zealand society. Bunny is well-meaning and has the best interests of her children at heart, but her desperation and hopeless situation (the result of a significant event which we only learn about in passing, late in the film) mean that she is never going to succeed. In the eyes of society, Bunny has failed as a parent, and the resulting spiral only cements the fact that, no matter how hard she tries, that will never change. In reality, her keenness to do the right thing generally makes things worse. The audience sees this way before Bunny does, and we are as helpless as she is.

Essie King is outstanding. She is rarely off-screen and conveys both the fragility of humanity and the tenacity of a feral parent in one package. In amongst all her chaotic behaviour she manages to gain the audience’s empathy – her choices are messy but purposeful, even if ultimately doomed to fail. Director Gaysorn Thavat ensures that, while we feel Bunny’s predicament, we also understand position of social services, and the point at which the two inevitably butt heads.

The Justice of Bunny King as a social commentary doesn’t take sides but absolutely shows that for someone in Bunny’s situation, there is no win-win scenario. That she is unable to see it herself is what makes it so tragic.

The Justice of Bunny King opens in cinemas on 23rd September 2022.