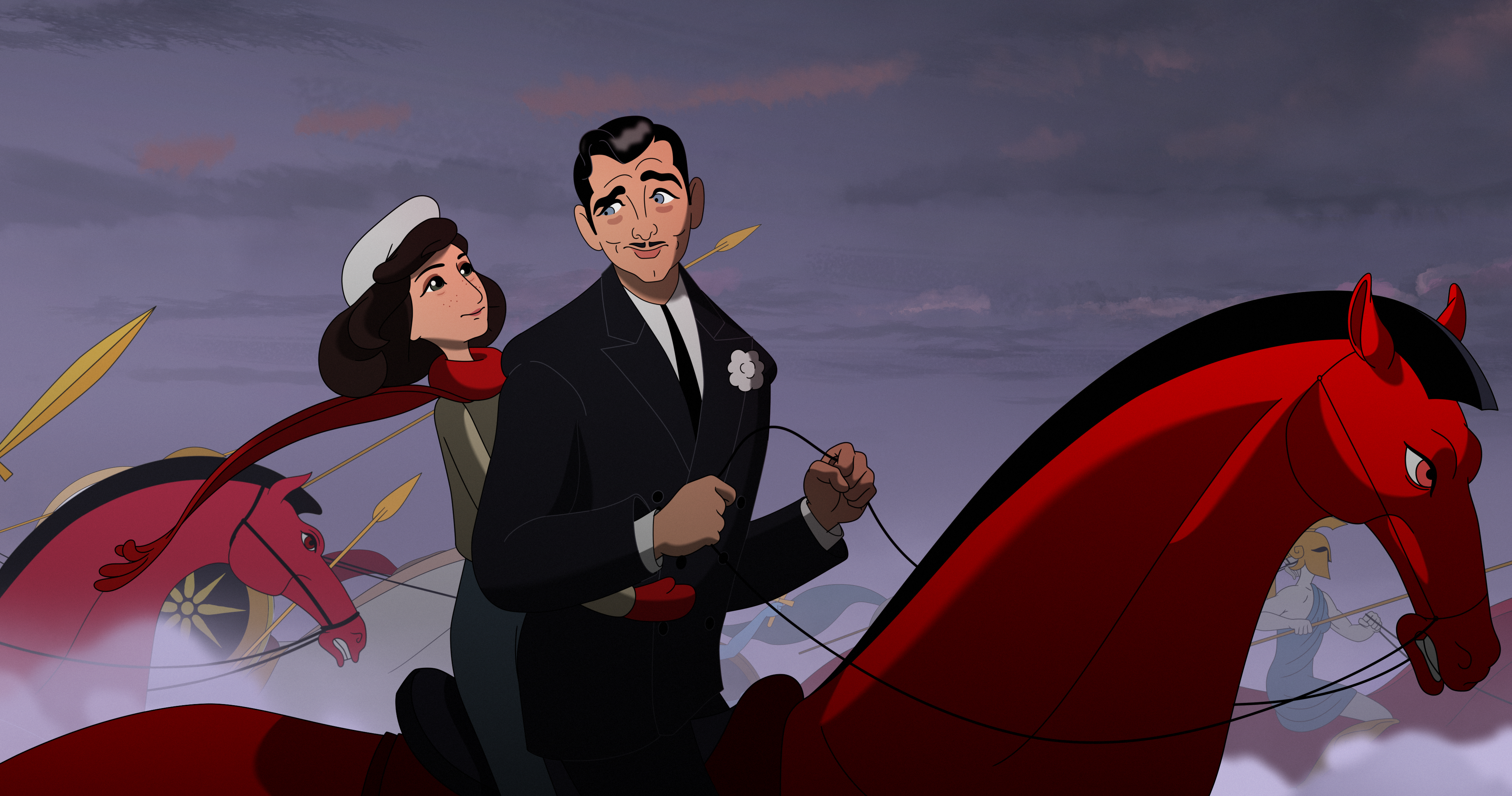 Bringing Anne Frank’s Diary to life for a new generation, acclaimed director Ari Folman’s Where is Anne Frank is a thoughtful, emotional and ultimately hopeful new perspective on a life and events in danger of fading into the past.

With the full backing of the Anne Frank Fonds Basel – an organisation set up by Anne Frank’s father Otto to ensure that all royalties from the publication of his daughter’s diary were used to support charitable and educational work – Where is Anne Frank is an animated film specifically designed to be an important introduction to lessons of history, the Holocaust, discrimination, and anti-Semitism.

And although the film will be accompanied by an international educational project aiming to provide education about the Holocaust and to raise awareness of children’s and human rights, this film doesn’t feel overly didactic or scholarly due to the manner in which it is presented.

The Anne Frank Fonds commissioned Academy Award nominated director Ari Folman (Waltz with Bashir, The Congress) to incorporate Anne’s diary and story into a film which would engage a younger audience with that particular period of history, and Folman has also made connections between Anne’s situation and those of present-day child refugees 75 years later.

Writing between 1942 and 1944 while in hiding from the Nazis, Anne Frank addressed entries in her diary to an imaginary friend ‘Kitty’, and Where is Anne Frank brings Kitty beautifully to life in modern-day Amsterdam. Here, she goes on a journey to discover what happened to Anne and her family, and at the same time encounters people who have arrived in Amsterdam seeking refuge from war and persecution in their home countries around the world. Living in squats or on the street, they are frequently rounded up by the police and are lacking a voice – and once Kitty learns what happened to the Frank family 75 years ago, she vows to stand up for human rights herself.

Where is Anne Frank is beautifully designed by Art Director Lena Guberman, and brings to life the vivacious and feisty character of its teenage protagonists, Anne and Kitty. It’s colourful and energetic and succeeds in bringing history to life in a way that definitely will make it accessible to a younger audience. The direction effectively portrays Anne’s joie de vivre contrasted with her restricted circumstances, as well as Kitty’s difficult journey of discovery and her commitment to making a change.

In Waltz with Bashir Folman uses animation to explore the horrors of war in a way which is easier to access than live action would be, but without pulling any punches as to the reality behind the drawings. He’s also able to employ this technique to great effect in Where is Anne Frank, using quite intimidating imagery from Greek mythology to convey the atmosphere in which Anne lived and later was murdered.

Because Folman doesn’t just adapt Anne’s diary; he imagines and translates to screen enough of her final weeks to ensure that the Holocaust remains a point of discussion, remembrance, and education for future generations. The content of the diary ends 7 months before Anne’s life does, as she was unable to continue writing following her deportation. But it was important for the Anne Frank Fonds that her death was portrayed and not left out, and Folman’s directorial prowess and creativity encapsulates and extends upon the story as told by Anne.

Using colourful images to bring Anne’s conversations with Kitty to life, we learn about a vivacious, intelligent teenager forced to live in unbelievably difficult circumstances to avoid persecution by the authorities. It is a tribute to Folman and his team that the truth leaps beautifully off the pages and asks us if we are prepared to help those in similar circumstances today while ensuring that Anne Frank’s story is not forgotten.