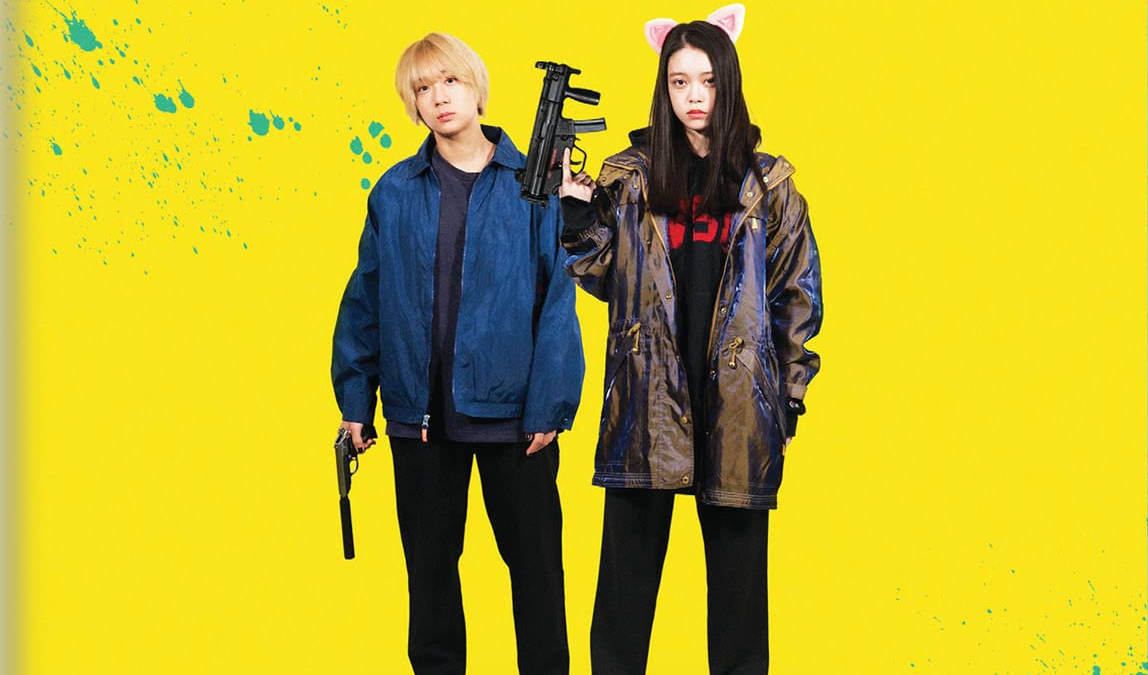 Two teenage assassins have to live together with not-so-great results (for them) in the Action-Comedy Baby Assassins.  New to Blu-Ray from Well Go USA.

Writer/Editor/Director Yugo Sakamoto’s action-comedy Baby Assassins pits two freshly graduated teenaged assassins against the yakuza, the economy, part-time jobs, and themselves. Part of the charm of the film is the smaller stakes at hand.  This isn’t righting wrongs or some sort of revenge plot but merely these two young women who are very different surviving and growing/maturing in a very violent Tokyo.

The fact that Baby Assassins script – also written by Sakamoto – puts the character before the plot elevates the film.  Even the humor is more spiked and critical of society than it is of the genre.  They could have gone with the way of many-many-many female-assassin-led Japanese films but do not and Skatamoto with leads Saroi Izawa and Akari Takasishi create a character study more about each of their issues headed into an economy that’s designed to be against them.

Make no mistake though, Baby Assassins is an action film first and foremost.  Working with cinematographer Moritada Iju and action director Kensuke Sonomura (known for things like John Woo’s phenomenal Manhunt), director Sakamoto has created and built – he also edited the film – perfectly rendered action set pieces.  The action is always clearly and concisely shot and edited for maximum geography.  There’s a sense of humor and brutality at play during the action scenes that play for maximum impact.  Though the key for it all is how each action scene builds story and character, never empty moments.

Baby Assassins will entertain and surprise even the most jaded of viewers with its fresh take on the Japanese Teenage Assassin Genre.

Stick around for the final credits as they’ve left some surprises!

The transfer provided to Well Go USA is a solid sharp excellent presentation.  The digitally shot film sparkles on Blu-Ray.