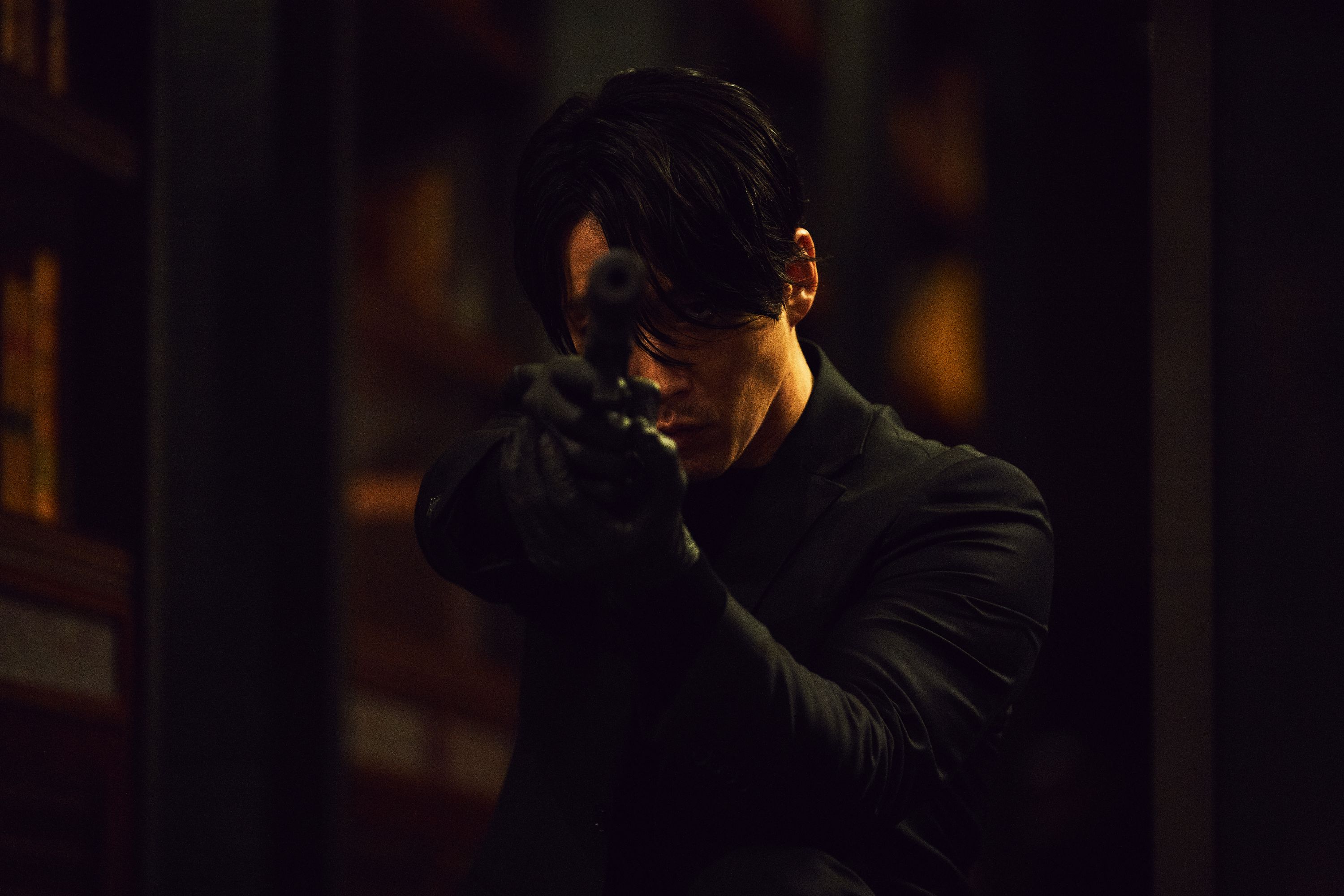 A happily retired assassin is forced out of retirement in the brutal actioner The Killer.  Playing at Fantasia Film Festival 2022.

Bang Ui-gang (Jang Hyuk) has the life any retired assassin wants.  Amazing house. Beautiful wife.  Amazing Car.  After years of ruthless killing, he’s found inner peace.  Though this is about to change with his Wife’s simple “girl’s trip” with a newly formed friendship that leaves Bang Ui-gang as the ward of the friend’s high school-age daughter Yoon-ji (Lee Seo-young).  Trouble doesn’t begin to explain what Yoon-ji brings into Bong Ui-gang’s life.  As sex traffickers kidnap Yoon-ji, they have no idea of the serial killing rampage that’s in store for them.  Bang Ui-gang shaking the rust off finds himself taking not just the low-level goons but management, clients, and eventually a showdown with the bosses.

Make no mistake, The Killer, to quote another movie, “is here to chew bubble gum and kick ass… and I’m all out of bubble gum”.  Co-Writer/Director Choi Jae-hoon adapting the novel by Bang Ji-ho creates a ruthless, take-no-prisoners action film.  Once the plot and the stakes are set The Killer grabs one by the throat and doesn’t let go until the closing credits.  The set pieces, some done as single-take sequences, are designed expertly and will thrill even the most discerning action coinsure.

Some may see questionable story points at the beginning of the film but those pay off wonderfully in the third act with the adroit reveals and turns.  The film may be a blood-soaked gory actioner but like other Korean Action Thrillers of similar ilk, the film smartly navigates the plot and the heart of the story with intelligence.

The Killer is the best action film of the summer.  Full stop.

Make sure to stick around for the credit sequence as there’s a surprise in store for you, especially for those that are fond of Jackie Chan’s end credit sequences.

The Killer is playing Fantasia Film Festival on August 2nd