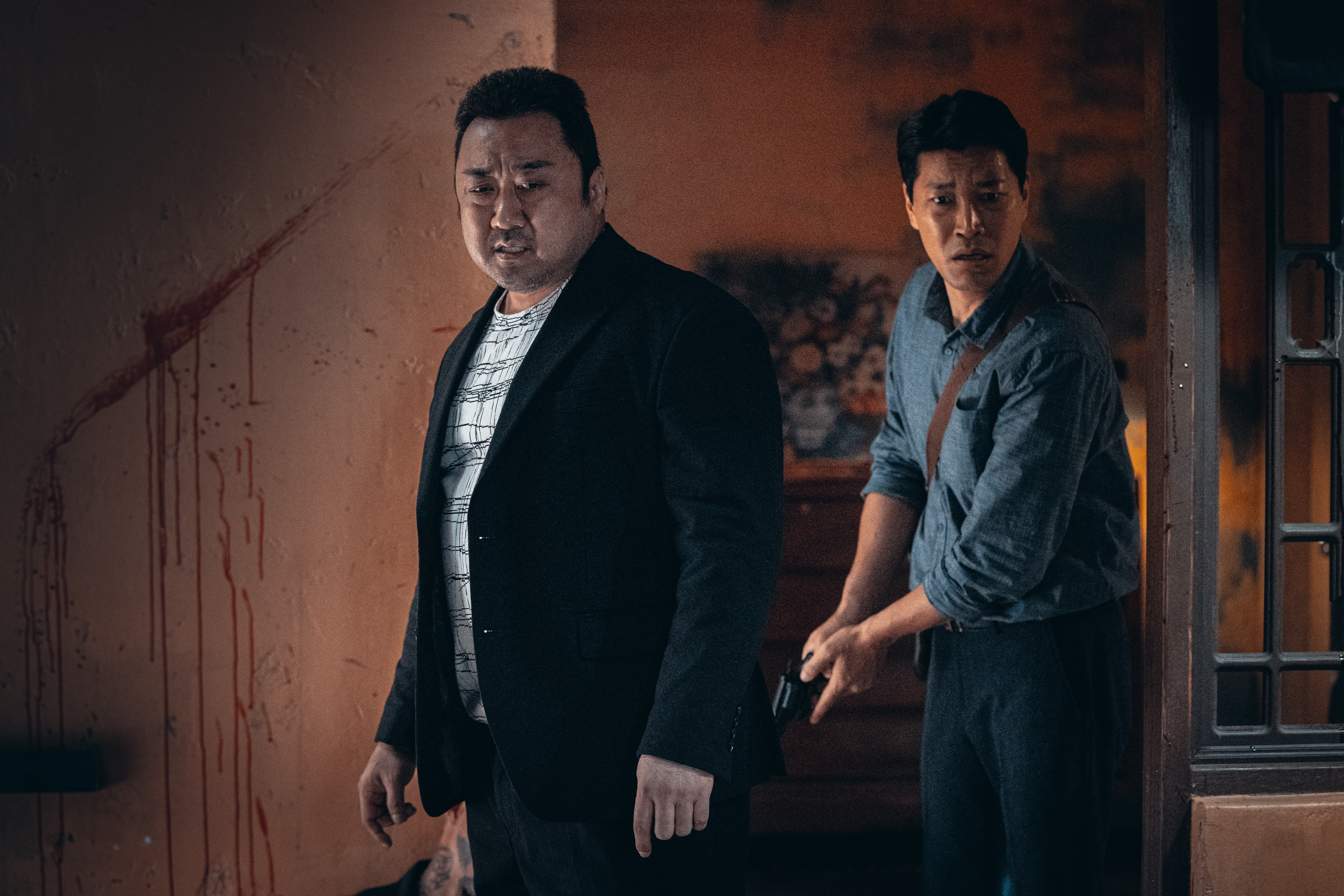 Don Lee aka Ma Dong-seok is back on the big screen doing what he does best, busting up bad-bad-bad dudes in The Roundup.  Playing at Fantasia Film Festival 2022.

Many North American Audiences know Don Lee from The Eternals, but fans of South Korean Cinema will no doubt know him from things like Train to Busan and The Gangster The Cop The Devil.  The Roundup, the sequel to The Outlaws, finds him in top form with his specific brand of laconic tough guy star power.

4 years after Ma Dong-seok (Don Lee/Ma Dong-seok) took down the Garibong-dong gang the detective faces another violent case.  A Rich Korean Tourist is kidnapped and murdered after his ransom is paid in Vietnam.  Ma Dong-seok and his ever-worried Captain Jeon Il-man (Choi Gwi-hwa) head to Vietnam to investigate.  What they find is the murderous intelligent psychopath in Kang Hae-sang (Son Seok-koo) behind this kidnapping and many others.  As the action moves from Vietnam back to Korea Kang ups the ante in every way as Ma and his team begin to do what they do best.   All of this leads to the inevitable showdown between Detective Ma and Kang.

There is something refreshingly low-fi about director Lee Sang-yong’s approach to this action thriller.  The Roundup similar to The Outlaws is an old-fashioned bust ‘em up bruiser of an actioner.  Though when one has a superstar like Don Lee/Ma Dong-seok, that is known for that sort of action, it is a no-brainer.  The action is intimate, brutal, bloody without being gory, and all around executed with a sharp keen eye for geography.

Similar to the Dirty Harry series which fitted Clint Eastwood like a perfectly tailored suit, the Detective Ma films (or the Crime City films as they are known in Korea and other territories) are for Don Lee/Ma Dong-seok.  The role is written to the superstar’s charm and light comedic wits that are imbued into the film.  The way he is able to balance the humanity of Detective Ma and the unstoppable freight train of a force that is Detective Ma – and make it all likable – is one of the reasons he’s not only become a superstar in Asia but he’s made the jump to North American Films.

The Roundup is a sleek satisfying actioner that requires no knowledge of the previous film.  Just sit back and enjoy a superstar at the apex of his career doing what he does best, busting up the bad guys.