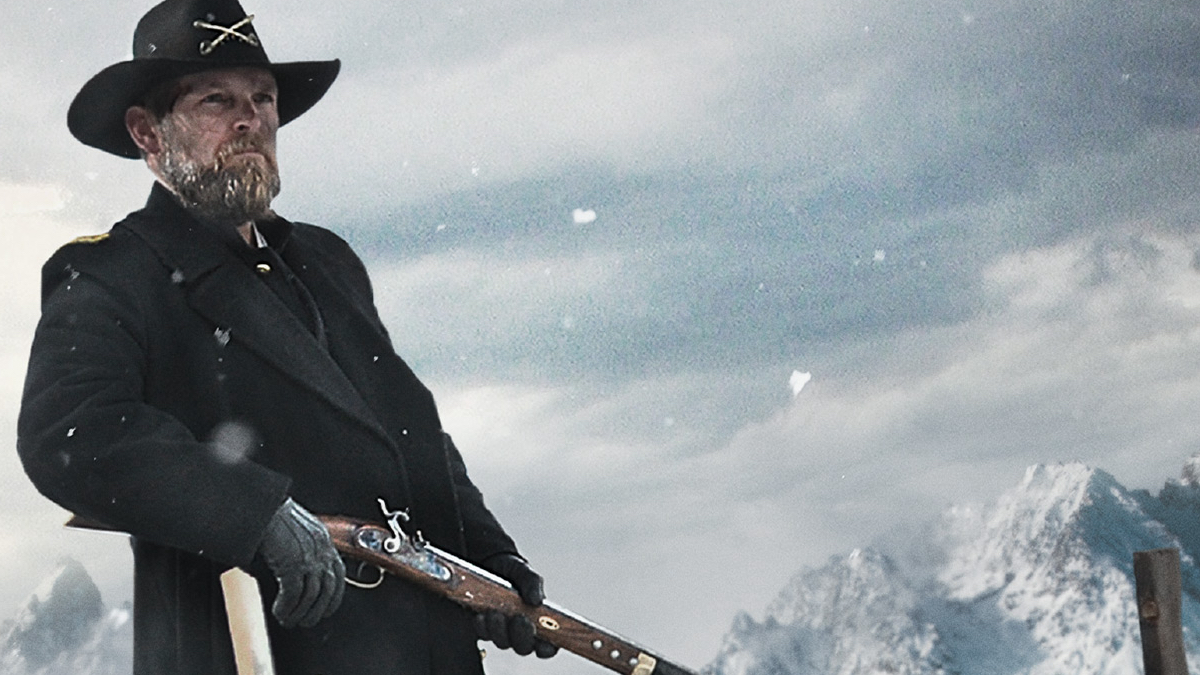 Hostile Territory is both an earnest and violent take on the modern western.  New to Blu-ray from Well Go USA.

I love regional filmmaking.  It gives you an insight into a point of view other than the ones that Hollywood thinks you want.  It’s similar to my love of foreign films.  It’s a window into a point of view that you may not be familiar with.  Writer/Director/Star Brian Presley’s Hostile Territory is at once Little House on the Prairie and Hostiles.  That elegy of warm and cold creates a story that feels as much a throwback as it is modern in its sensibilities.

Set in Post-Civil War America.  Recently release POWs Jack Cosgrove (Presley) and Desmond Richards (Craig Tate) have a long road ahead of them.  Cosgrove wants to find his children; Richards wants to help his Commanding officer because he kept him alive through the brutality of prison.  Cosgrove’s children though are on the orphan train west for new homes, the government having thought Cosgrove dead.  Now it is a race against time and hostile forces to get to Cosgrove’s children before the unthinkable happens.

Hostile Territory has its roots steeped in classic western with a more modern revisionist bent than one would think.  The focus of the film is a classic western theme of family and reuniting with your children post-war.  But it’s done with a wider modern gaze.  Yes, there are moments where it becomes a “cowboys and Indians” sort of genre film.  Though the script is adroit enough to leave space for both indigenous and black stories as well.

Though one will have to forgive the film’s production design and costuming as it feels a little too clean and not lived in enough.  Regardless of that minor quibble, Hostile Territories will please fans of revisionist and classic westerns alike.

Well Go USA and Saban have given the film a beautiful sharp transfer.  The digitally shot film has zero imperfections that transition to home video wonderfully.

Making-of Featurette (16:47) – writer/director/star Brian Presley hosts this surprisingly in-depth making-of featurette about the making of Hostile Territory.  The historical, social, and progressive context is all discussed in the featurette as well as the making of the production.

Hostile Territory is a surprisingly revisionist western that toes the line between classic and modern.  Recommended.