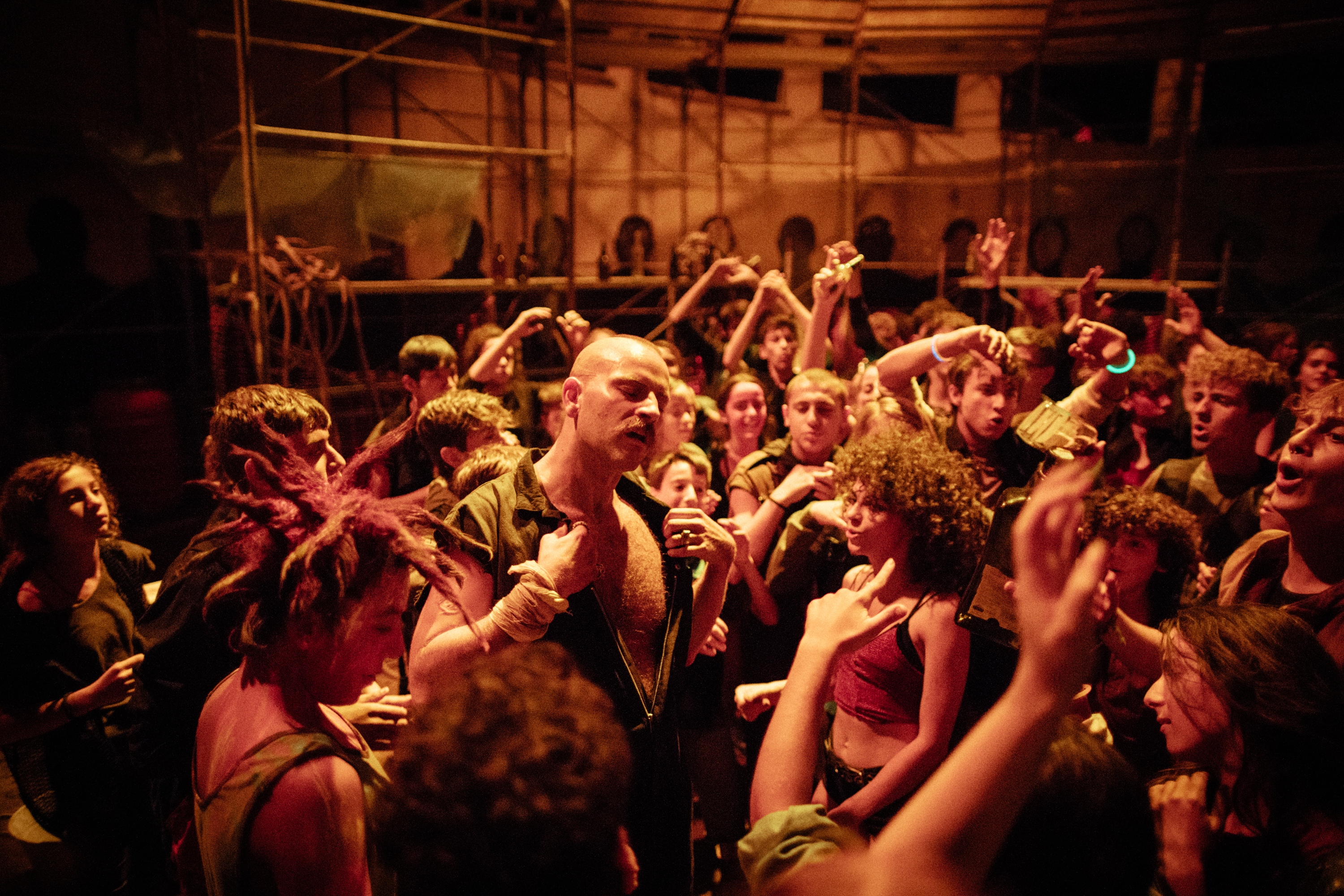 Orphans, an apocalyptic event and a society ruled by gang warfare – Mondocane is a near-future-set Italian film in which friendship and loyalty are central, and proves intriguing and violent in equal measure.

Taking place in the near future, the southern Italian steel town of Taranto with its chemically toxic atmosphere is home to Pietro (Dennis Protopapa) and Cristian (Giuliano Soprano), two teenage orphans and best friends who see a way to a better existence by joining one of the local gangs. They are recruited to ‘The Ants’ by Hothead (Alessandro Borghi), a charismatic Fagin-type father figure who leads his gang of kids in crime sprees across the area. In their search for acceptance, belonging and opportunity, the two boys face a range of challenges to their friendship, future and lives.

Mondocane shows us the world of the haves and the have-nots in a society where different rules apply, but which is instantly recognisable in comparison to today. The few adults we see are mostly either law-breakers or law-enforcers in this dystopian landscape; the steelworks seem to have been the catalyst or even the cause of an environmental apocalypse which has forced any survivors without economic means to scavenge for existence. While the wealthy still enjoy their ocean-front property and beach picnics in relative comfort, orphans from the other side of the barbed-wire fence are forced to work in the steelworks or carry out violent missions to secure their place in the gang.

The daytime scenes are shot in very heavy yellow tones which hints towards happy childhood summer days on the beach, but which actually leave more of a feeling of the toxic air and water, the fallout from whatever disaster has killed the environment. In another world, the boys would be enjoying the carefree summer of being a teen but instead are scraping an existence by diving perilously deep in the sea to rescue shipwrecked items to barter. It all feels very unwholesome, unhealthy and dangerous.

But despite the Mad Max meets Oliver Twist vibes, Mondocane is essentially a story of friendship and loyalty between the two boys, a bond pushed to its limits by the increasingly nebulous whims of the gang’s leader. There’s a moment early on when one of the boys literally carries a crucifix through the streets of the town, with no notion of either its historical or metaphorical significance – but it’s a hint to the audience of where the narrative might end up.

The violence can be brutal in places, particularly as it puts many of the most heinous acts directly into the hands of children, so be warned. But Alessandro Celli – the Italian/Canadian writer/director whose first feature Mondocane is – makes these moments feel earned for the most part, and they are appropriate to the story, underlining the lengths to which society has driven the economically deprived.

Mondocane feels like a different type of Italian film, and if this is Celli’s voice then I’m ready to hear some more.

Mondocane opens on Friday 20th May 2022 in New York and Los Angeles, before expanding theatrically nationwide.