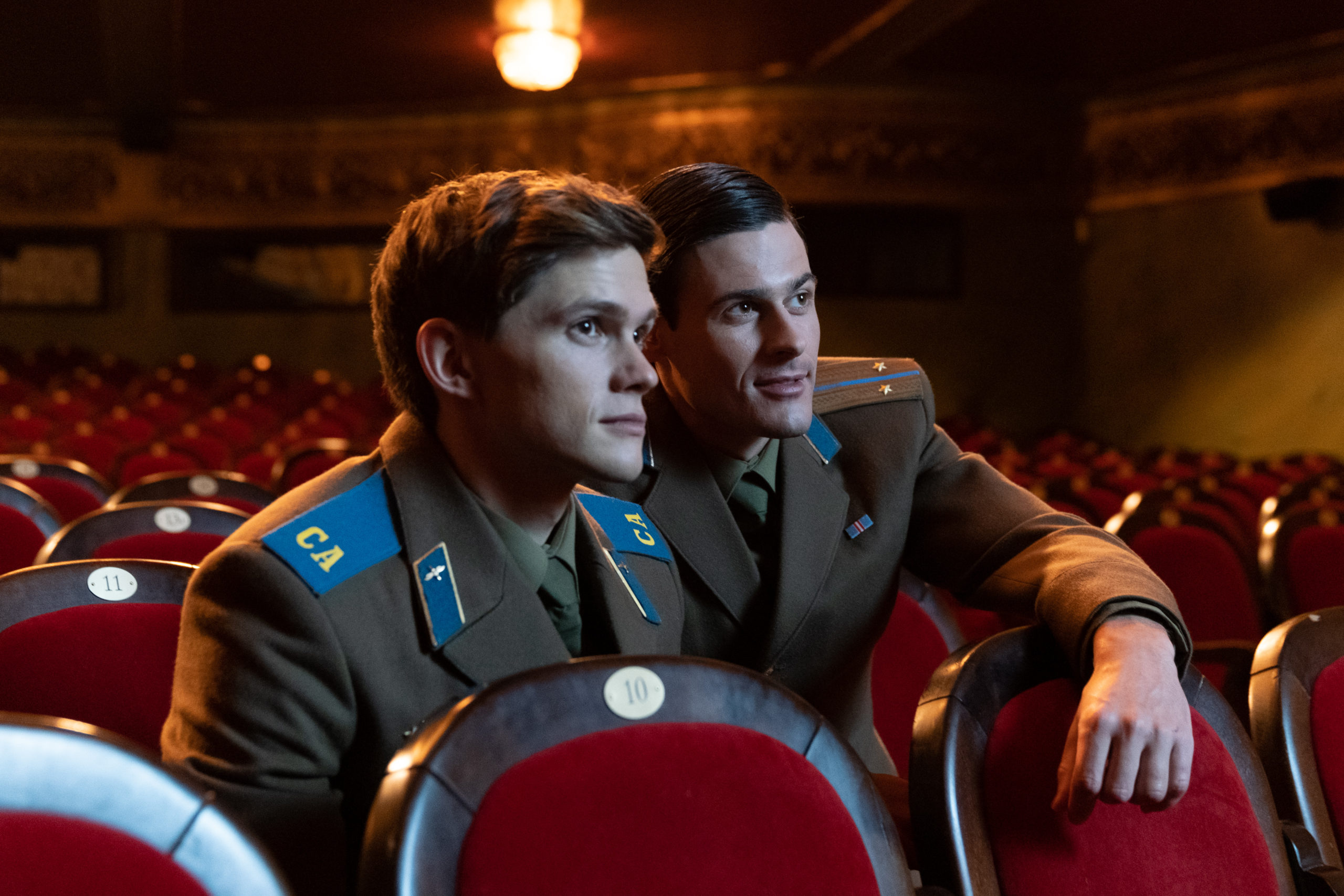 Based on the memoirs of the lead character, Firebird is a story of love and longing in, of all places, a Soviet airbase in the 1970s.

Perhaps I wasn’t paying attention beforehand, but I was not expecting this film to be in English! With the exception of Tom Prior, the cast and director seem to be mostly Eastern European, and given that the story is set during Soviet times, I was truly surprised to be hearing English from the start.

Firebird is the first feature by Estonian director Peeter Rebane and is based on The Story of Roman, the memoirs of Russian actor Sergey Fetisov. Fetisov served in the Soviet air force for his mandatory conscription, was stationed in occupied Estonia during the 1970s, and this story tells of his clandestine relationship with a fighter pilot newly posted to the same air base.

Tom Prior plays the twenty-year-old Sergey, counting the days until he is released from his duties and can return home to help his mother on their farm. But everything is turned on its head when the handsome and charismatic fighter pilot Roman (Ukrainian actor Oleg Zagorodnii) arrives; the relationship between the two men changes from friendship to a much stronger connection, but the Soviet regime deals very harshly with same-sex relationships between military personnel and they are in constant danger of being discovered. To complicate matters further, Sergey’s friend Luisa (Diana Pozharskaya) is also attracted to Roman.

Director Rebane does a very good job of keeping the tense atmosphere throughout. Even in those moments when the two men temporarily lose their sense of danger, the viewer is aware that there’s a feeling hanging over them that they are never really safe; the KGB and Soviet military have eyes everywhere, so it’s unlikely that this is going to have a happy ending. The two male leads certainly convey their longing for each other, and although Prior is hampered by an ill-fitting hairpiece in the final third, he plays the young innocent very well. Zagorodnii is dashing, authoritative, and romantic in what is clearly not his native language, which often trips actors up – but not here. Pozharskaya as Luisa does a good job too – also working in another language, she finds herself on an emotional rollercoaster from trusted military employee to blushing bride to Soviet housewife, all without a full grasp of what is really happening in her own life. Nobody is going to win.

Gay love stories on film are not uncommon now, and nor are those based on true stories, but this one is just a smidge different due to its setting. Rebane and Prior were able to get to know the real Sergey while writing the script, which seems to have allowed them to capture authentically a specific point in time while telling his story.

Firebird will be released in US cinemas on 29th April 2022.