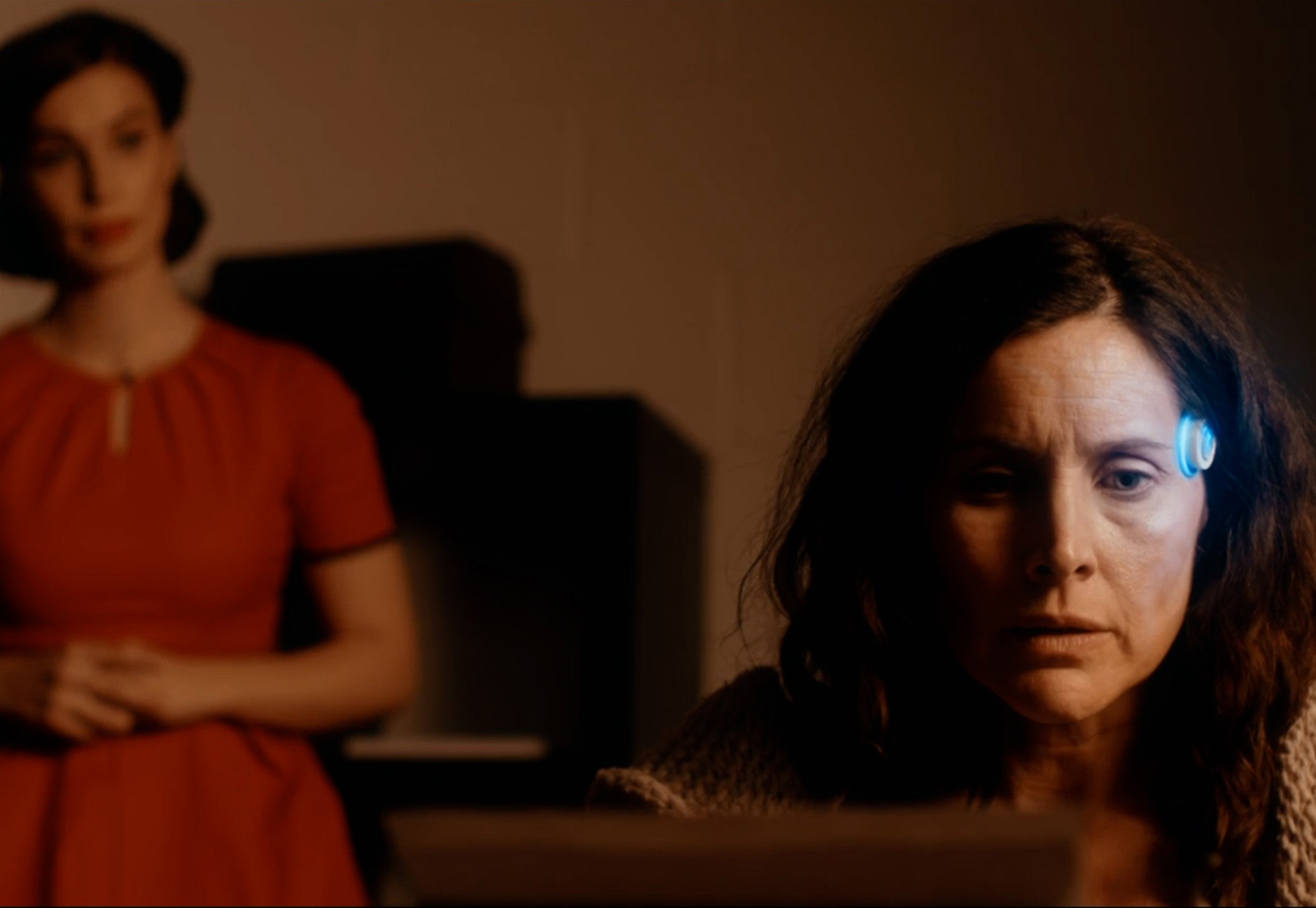 With the kind of near-future unease of an episode of Black Mirror, a woman tries to escape her writer’s block but ends up trapped in other ways. Blank is in competition at Manchester Film Festival.

It’s probably coming. The moment where we give ourselves over to technology to such an extent that, when something goes wrong, we have no way to fix it.

Blank places us in a very recognisable not-too-distant future and presents us with just such a scenario.

Claire Rivers (Rachel Shelley) is trapped in a period of writer’s block and signs up for a writing retreat where she can isolate in the countryside to refocus, with only an android housekeeper (Heida Reed) and a holographic assistant (Wayne Brady) for company. Her entrapment then becomes physical as well as psychological when a glitch causes the technology to malfunction, and she is cut off from all outside contact. Struggling to write her story, Claire is also troubled by intense dreams of an abusive mother and young girl unable to leave the family home. She will somehow have to work through her writer’s block to be able to escape and rejoin the world.

A feature debut from director Natalie Kennedy, Blank – with its limited location and small cast – would almost work equally well as a theatre production, but does not feel at all stagey. It manages to use its paucity of characters to good effect, with the two main roles, Claire and Rita, being perfect opposites. Heida Reed as Rita brings an elegant unease to events – dressed, made up, and perfectly coiffured as a 1950s housewife, her calm and unemotional response is in direct contrast to Claire’s impassioned outbursts of frustration and increasing despair.

It certainly gets very tense at particular points, but doesn’t ever get into the realms of outright horror, even though there may be a nod to The Shining here and there – a writer trapped in a remote location is bound to bring Kubrick’s film to mind, and Kennedy leans into this just enough to acknowledge the connection without overdoing it.

Blank drags just a little in the middle with a bit too much repetition while Claire is working out what to do next, but on the whole, it’s a clever use of minimal cast to explore our limitations and boundaries, whether imposed by our reliance on technology, or of our own psychological making.

Blank is in competition at Manchester Film Festival 2022.