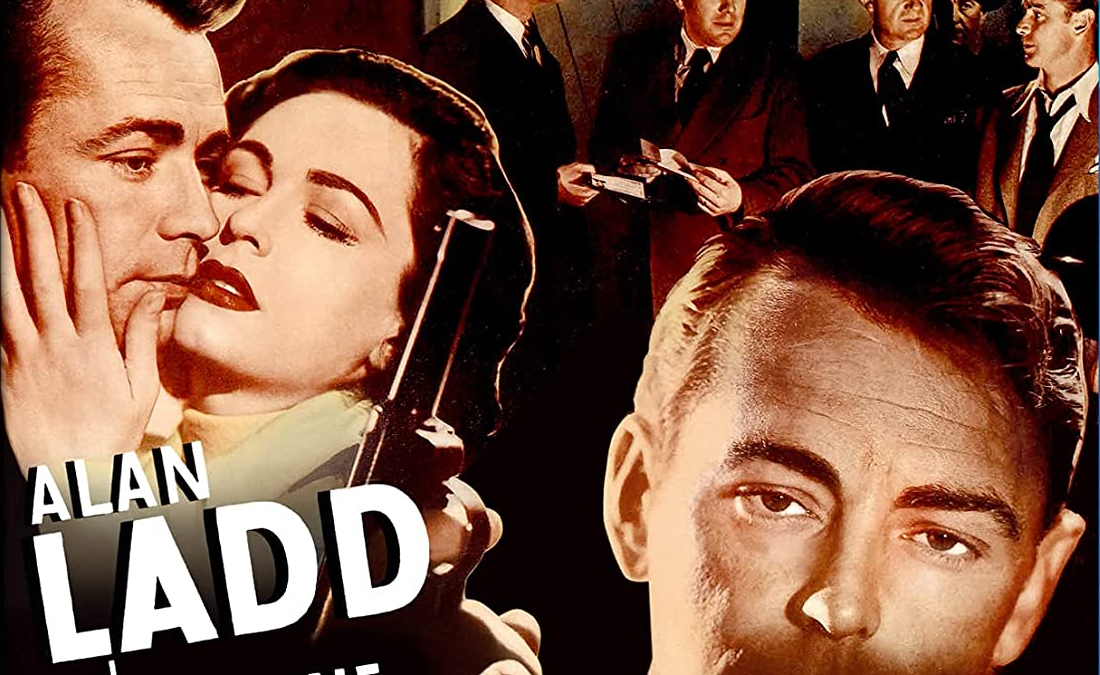 O.S.S. is a fascinating piece of WW2 propaganda that works as a lean and mean Wartime Thriller.  Kino Lorber has released this with a new 2K Master.

Propaganda films are an interesting subset of filmdom.  O.S.S. is definitely a part of that subset even if its post-war release would have you thinking it’s not.

At the height of America’s involvement in WW2, the US Government knew it needed to form a unifying Intelligence Agency.  Hence the birth of the O.S.S. (Office of Strategic Services).  As it is formed, they recruit the most unconventional talents including a thief (Alan Ladd), an artist (Geraldine Fitzgerald), and a hockey player (Richard Benedict).  After their training, they are, literally, dropped into occupied France to spy, disrupt, and sabotage the Nazi’s efforts at every turn.  What they do not count on is just how much they are being asked to do and sacrifice.

This underseen proto-Spy Thriller is more aware and keenly adept at telling the darker parts of its story with the same sort of balance that it speaks of “courage” and “bravery”.  The most refreshing aspect of this Classic Era film is the way in which it takes a modern viewpoint to spycraft and the toll it takes on a human level to these people.  The set pieces are keenly aware that the tension of the situation is far more interesting than action or reaction.  One needs only watch the adroitly executed Train for proof.

O.S.S. is not progressive at every turn.  The way the film it treats Geraldine Fitzgerald’s character with a story of cannon fodder “oh, well” attitude is shocking.  It would be fair observation if it was only the characters, but the film seems determined to shrug off any of her sacrifices made by her while seeing her male counterparts as courageously heroic.  That aside O.S.S. is a fascinating stark little wartime spy thriller that many will delight in discovering.

The Brand New 2K Master is a beautiful filmic delight.  The reproduction of the black and white photography is beautiful in the way that seeing Classic Hollywood films on the big screen.  That is to say that the grain structure has not been DNR’ed away and gives the film a look that only films of that era produced.

The all-new commentary track by Samm Deighan is a deeply researched and informative track.  Details include the history of the real O.S.S. (a precursor the CIA), the writer Richard Maibaum and his work with O.S.S., the character arc of the Phillip Masson, the possible casting Sterling Hayden (who actually worked for O.S.S.), Maibaum’s career and how he came to write the film and wrote the first 13 James Bond Features, the inception of the real O.S.S., how women were a huge factor in the intelligence community during WW2 and with O.S.S., whom they recruited and how they did not highlight this in the film, how the film and historically O.S.S.’s agents created spy craft tools (e.g. hidden guns, radios, IDs, plastic explosive), comparisons to Fritz Lang’s Cloak and Dagger and its major differences and how they’re themes are very different, the fact that these films in the mid-1940s are proto-Cold War films, Comparison to the James Cagney starring 13 Rue Madeleine and its difference also released in 1946 like O.S.S. and Cloak and Dagger, the work and careers of the various contract players and also their experiences in the War, the shifting of Women’s role in the US because of WW2, Women in Combat during WW2 the lack of US Combat but Russian and German Women Soldiers and Pilots, Women figures of prominence like Virginia Hall and Vera Adkins, the ending of the film, the production design of Hans Dreier and how much it influenced Classic Hollywood, how from 1938 – 1941 films were a very hands off about the War and how some Politicians wanted to alley themselves with Nazi Germany, the rise of Anti-Communism and HUAC, the way that the intelligence community at the time wanted people to think they were purely good and not as complicated as they are, the ending and what it means and its purpose, and much more.   Deighan’s commentaries are always well researched, enlightening, and entertaining.  Here is no different as she gives us historical context and critiques of not just O.S.S. but the entire spy genre and the history during WW2 both pre-war and post-war.

Kino Lorber’s Blu-Ray of O.S.S. is out August 10th