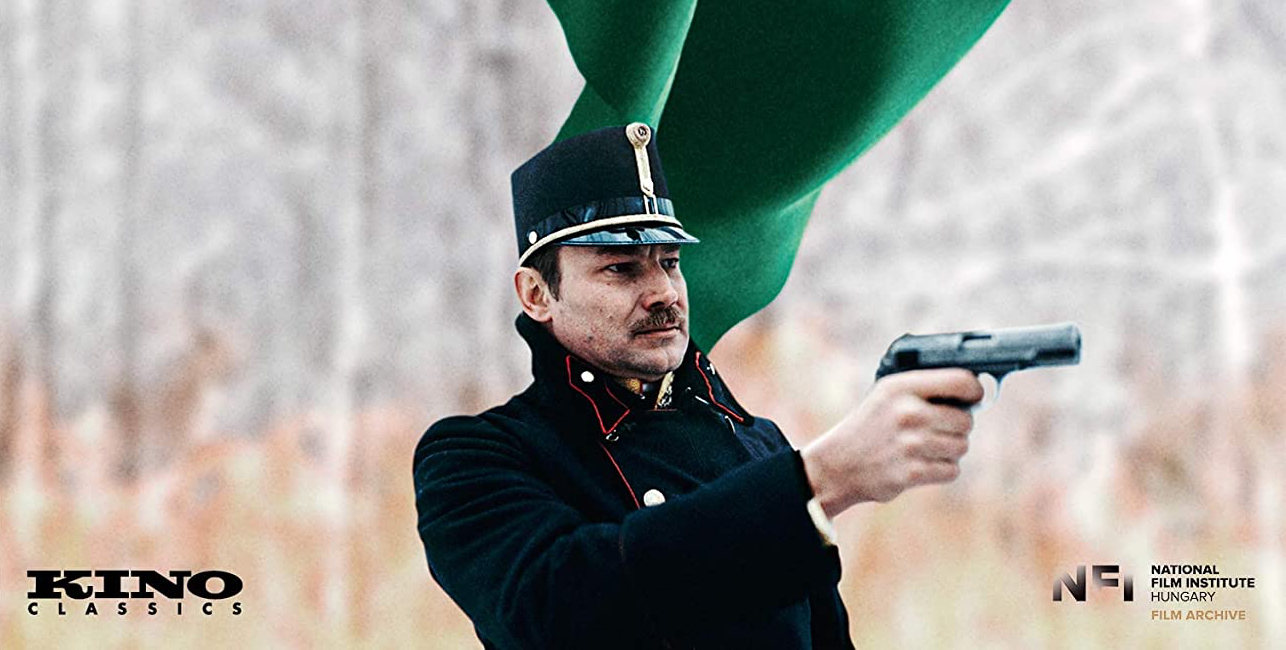 Colonel Redl is the kind of masterpiece that is hard to digest in one viewing. Magnificent in its design and scope, deeply personal in its gaze into one man’s soul.  This is a story of a compromised man forced into devils bargains for the only thing he values; his career.

From an early age, Alfred Redl (Klaus Maria Brandauer) has nothing but his honor and instincts as a servant to the monarchy he is born under.  Destined to be a solider in the Astro-Hungarian Army, he is besieged on all fronts because of his religion and sexuality that he has attempted to hide.  Even his friends seem to hold nothing but contempt and disgust for him.  Redl catches the eye of the truly evil Archduke Franz Ferdinand (Armin Mueller-Stahl) and is embroiled in his coupe that is the cause of World War I.  Impotent in both his personal and political life Redl cannot do anything to stop the inevitable.

Writer/Director István Szabó’s beautiful and savage depiction of the military rivals that of Powell and Pressburger’s satire The Life and Death of Colonel Blimp. Redl like Blimp is a man out of time and space but for very different reasons.  Szabó is filled with an undercurrent of rage that has nothing but contempt for every person, political ideal, and bit of lecherous pompousness that is on display in pre-War Hungary. Szabó has as much contempt as he does sympathy for Redl a man of his own creation.  Someone who cannot even come to terms with who he was born as, because of the political position he holds.  When Redl angrily shout, “I hate politics.  I hate Politicians!” he is speaking from a large part of self-loathing.

Redl would not be as an amazing character if it was not acted by anyone other than Klaus Maria Brandauer.  Brandauer working for the second time with Szabó creates an equally challenging character onscreen in Colonel Redl as he did in Mephisto.  Here the actor goes into a deeper sense of self-loathing as a man who does everything for King and Country.  Going so far as to obscure his sexuality and his religious heritage.  The way that Brandauer brings this sort of hatred and agony on screen is staggering.  Watching this man willing to give up his soul is a painful experience that is both magnetic and heartbreaking.

What makes the film so engaging, and at times difficult, is both Szabó and Brandauer never ask one to sympathize with Redl and all of his nefarious doings under the guise of “King and Country”.  The film, and the filmmakers, ask you to see the human and the situation that is untenable.  Redl comes from nothing and ascents to the heights of his countries power.  A country that would have taken that same man, if he were to admit his Jewish faith and homosexuality, and executed him without a trial or cause.

Colonel Redl shows us what a country held by monarchs and dictators does to a person.  Rejecting their faith, their family, their sexuality, their friendships, their ideals out of fear, and the prospect of more power and standing.  The film is not a pleasant one, but it is vital, powerful, and essential in our unsure times of politicians grasping for infinite power.

Like the other two recent releases Mephisto and Confidence, Colonel Redl shines on Blu-Ray.  The transfer comes from a brand-new 4K restoration.  The transfer is nothing short of stunning.  Time and care were taken with this transfer making sure that the film’s contrast levels were perfectly rendered producing an image that shows off the film’s natural lit photography.

Colonel Redl is an important piece of cinema that demands be seen.  HIGHEST POSSIBLE RECOMMENDATIONS!!!!