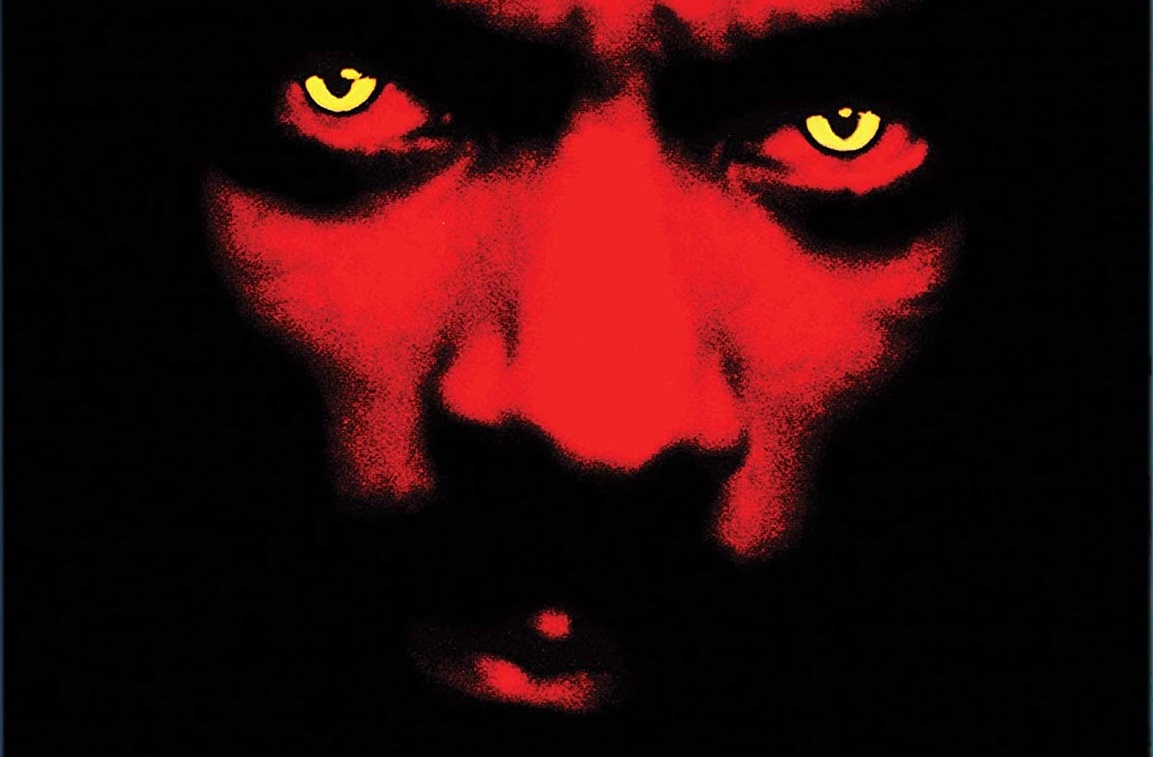 It should be said as often as humanly possible that Ernest Dickerson may be one of the most underrated directors of Genre films of the last 30-years.  Look at his filmography; Juice, Surviving the Game, Demon Knight, Bulletproof, and Never Die Alone.  All great entries to their respective genre.  Bones is no different.  It’s a canny melding of the Gangsta picture, Revenge movies, Ghost films, and a sly dash of social commentary adds up to a film that should get a deserved place in the Horror pantheon.

Jimmy Bones (Snoop Dogg) was the King of his “Chicago” Neighborhood in 1979.  More bright Hustling Godfather than criminal.  He looked over his parish with a keen eye for a good time (eg selling weed) and making sure that the type of criminal element that heroin and other drugs brought in doesn’t bring it in.  Slain and betrayed by those closest to him in the most horrendous of fashions, it left Bones’ soul unable to rest.

Cut to twenty-plus years later as Patrick (Khalil Kain), Bill (Merwin Mondesir), and Maurice (Sean Amsing) have big dreams and bigger plans for the final resting place of Jimmy.  This is either because they’re A.) Stupid, B.) Never seen any Horror film, C.) Stupid, or D.) All of the Above.  As Bones’ soul is slowly revived into existence, we begin to realize these kids are tied more the Spirit Gangster than just tenement they have just purchase.  Will they survive his vengeance?

The film almost twenty years on still feels fresh, minus a few shoddy CGI effects.  Dickerson’s insistence on using practical and his Giallo influenced style give the film an almost timeless feel (yes, I know the cliché but it does apply here).  Referencing Bava and Argento and their heavy use of primary-colored lighting gives Bones its almost hallucinogenic visual style.  Dickerson much like his fellow NYU Alum Spike Lee understands how to use those references making them feel a wholly unique style rather than just riffing.

One wonders if Snoop Dogg would have gotten more work if people had seen the film.  As Jimmy Bones, Snoop is everything a star performance should be.  The fact that the Actor took the role of essentially the “Monster” of the pic also tells of how much more he could have been.  Cannily the film plays with Snoop’s image better than any of the films he was involved with post-Bones.

Bones is as good a horror film as released at the time.  Much of the release for its lack of impact was because of the mismarketing.  No one should sit on this film.

The new 4K Scan from the Negative is nothing short of fantastic.  The color reproduction and grain structure are the highlights here.  Dickerson said that Suspiria, Mario Bava’s Color Film and Giallo films, in general, were a heavy influence on the film’s color palette and it shows here.  The same kind of care that the recent Suspiria released had is the kind of care that is taken with this transfer.  In a word the picture is Fantastic.

The audio commentary featuring Ernest Dickerson, co-writer Adam Simon, and Snoop Dog. The commentary is a great entertaining and informational track from the original Platinum Edition DVD. The filmmakers dispense a lot of technical information about the production. Snoop himself also gives a fair decent amount of information about the production and his contribution. Well worth a listen or re-listen if you’ve heard it before.

Building Bones with Ernest Dickerson is an all-new 20-minute interview with the director. Beginning with a great anecdote about Snoop and his smoking. It’s a great interview with Dickerson where he discusses the development of the script, casting Pam Grier, the designing of the wall, the maggots, the use of color in the film. The interview includes some great behind the scenes footage.

Bringing out the Dead with Adam Simon is an all-new 17-minute Interview. The Braindead and Carnosaur filmmaker discusses his time with Roger Corman. The screenwriter gives a breakdown of how he came to the project, the faults of the script, the use of CGI, his love of Ernest Dickerson, and much more.

Urban Underworld with Flavio Labriano is an all-new 12-minute interview with the cinematographer. Beginning with his origins and schooling with AFI and shooting Harland County War which leads to Bones And being hired by Dickerson. This is a nice technical interview with discussing the use of SUPER35, 8mm, using an Anamorphic lens on the 8mm (which if you know cameras is a crazy thing), the lighting, the Shooting special FX, in-camera effects, and little CGI USE, et. al. Included is some behind the scenes footage from the making of the film.

Blood ‘N’ Bones with Tony Garner is an all-new 15-minute interview with the Special Effects. Garner discusses being hired by Dickerson. There is plenty of behind the scenes footage from the making of the film. Some of the anecdotes include he and the crew going to Snoop’s house to create the life cast, Creating the older look of Koupvichy, the possessed dog, the wall (there’s a great Amy of Darkness referenced), the practical work done for the revival of Jimmy, and much more. Anyone that wants to know about some of the more inventive effects should definitely look at this.

Digging up Bones is an archival 24-minute making-of documentary. This old-school doc from the New Line Platinum Edition DVD is a good a making-of for the film one could wish for. The entire cast (including Snoop), Dickerson, and the cast and crew show up. There is extensive b-roll footage and interviews that create the film.

Urban Gothic: Bones and its Influences is a 19-minute featurette discussion of the various older films that had inspired Bones. The visual essay is a discussion of the Gothic tradition and how it relates to Bones. Barron of Blood, Nosferatu, The Whip and the Body, and Black Lace clips are all used in the featurette.

There are 25-minutes of deleted scenes in various states of completion, from completed, to roughly pulled from an avid edit. It’s about 14-scenes. Included are pulls from the opening title sequence, extended Pam Grier introduction, various small pulls from the first walkthrough of the house, more of the relationship between Pearl (Pam Grier) and Cynthia (Bianca Lawson), and more. OPTIONAL: Audio commentary by Dickerson is included

Dog Named Snoop music video is included. Which is actually two videos. One shot for MTV (back when they played bodies). The other a live concert. A great addition, that was released in conjunction with the film’s release.

The EPK is 10-minute of no-frills interviews and b-roll footage that’s the standard Press Kit information. Some of the footage is included in the Making-of mentioned above.

Rounding out the special features is the 2-minute theatrical trailer and 30-second teaser (that seems more like a TV Spot).

Bones is a winner.  Hopefully, with this Scream Factory release, it won’t take people another two decades to figure this out.  HIGHEST RECOMMENDATIONS!

Scream Factory’s Blu-Ray Edition of Bones is out March 31st!