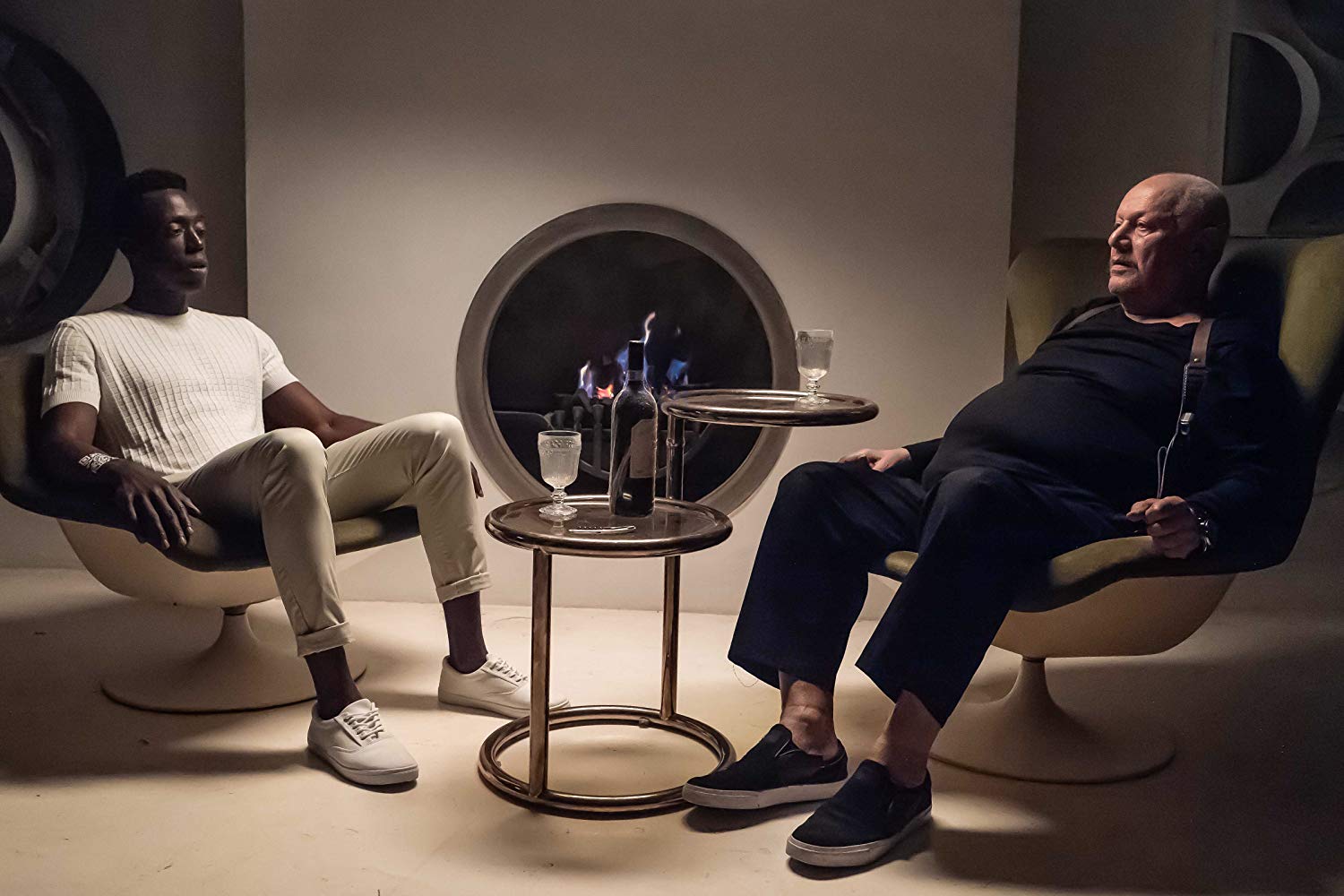 Transposing the allegorical tale of Faust’s pact with the Devil to Silicon Valley in the year 2059, CEO-turned-artist Philipp Humm’s Faust is a protagonist of the digital epoch.

In the late 18th century, Johann Wolfgang von Goethe wrote what is commonly regarded as one of the greatest works in German literature, and yet filmed versions are almost impossible to find. There have been films loosely based on the tale, and films of other works of literature which have their origins in the Faust story, but The Last Faust claims to be “the only definitive filmed version of Goethe’s epic theatre play, Faust 1&2”. Given that this version is set in the year 2059 then I’m not totally convinced that this claim holds up to scrutiny, but it certainly brings a 21st century twist to Faust’s pursuit of hedonism and infinite knowledge.

In this iteration, Faust is (or was) a global tech guru seeking to possess the knowledge of – basically – everything through his company Winestone Inc. His story is narrated by stage legend Steven Berkoff, who plays Faust’s successor Dr Goodfellow. Faust himself is played in Steve Jobs-like black sweater by Martin Hancock, probably better known to British viewers of a certain age as Coronation Street’s Spider Nugent, which is certainly unexpected casting.

Goodfellow is conveying his story to a synthetic being for posterity, as the human race is about to be purged by the artificial network which it created for itself to harness the aforementioned knowledge. Are you still with me?

As you might expect from one of the greatest works of German literature, there’s a huge amount going on in The Last Faust. Before anyone even speaks, several on-screen captions set the dystopian scene. Then with Berkoff as chorus punctuating the Faustian goings on, the literary origins are inescapable. It’s small wonder there haven’t been film versions previously.

German artist and filmmaker Philipp Humm has created this film as a part of his Gesamtkunstwerk (Total-Works-of-Art), which is composed of 150 works of art, including bronze sculptures, fine art photographs, oil and watercolour paintings and an illustrated novella. Viewing The Last Faust in this context – as a moving art work – probably helps. It’s a strange combination of the theatrical and the artistic, and while it certainly brings Faustian themes of hedonism into the modern day, it also sticks heavily with the original references to Greek myths which make it impenetrable without prior knowledge.

It’s no coincidence that the fictional company’s name, Winestone Inc, is a direct anglicisation of Weinstein. A wealthy, powerful man who takes anything he wants without consequence – including young girls – the parallels are clear.

Given the themes of all-pervasive technology, it’s also interesting to note that before turning to art, Philipp Humm held executive roles at Amazon, T-Mobile and Vodaphone among other organisations.

I think cinematic audiences in 2019 are probably good and ready for a filmed version of Goethe’s masterpiece, but I imagine this isn’t quite what most of them will be expecting.

The Last Faust will be released on Video on Demand on 2nd December.