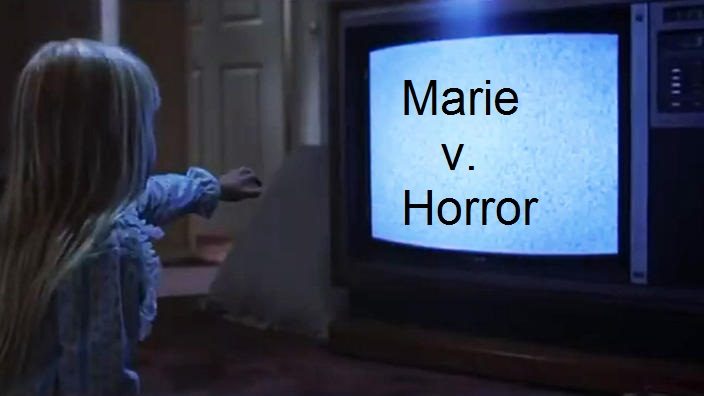 Marie takes on a lot with her 10th edition of Marie vs. Horror with; Polanski’s The Tenant.

Marie’s gone for a film from ‘problematic’ Polish director Roman Polanski for her next challenge.

I hesitated strongly before choosing to watch a film by Roman Polanski. However, as his most recent film An Officer and a Spy was about to show at the Venice Film Festival at the time of viewing, I decided it was relevant to check out The Tenant, the last film he made and released before his arrest and admission of guilt of the sexual assault of a 13 year old girl.

Polanski not only directs but also stars in this psychological horror film set in Paris, based on a novel from 1964 (the film is in English, although some of the voices are dubbed). He plays a timid man renting a room which has only just become vacant as the previous occupant had jumped out of the window and, shortly afterwards, died. Having taken up residence, Polanski’s character Trelkovsky begins to suspect that his landlord and neighbours are attempting to change him into the deceased woman so that he, too, will kill himself.

The Tenant is a horror of Kafka-esque leanings rather than anything blood-curdling or gory. The unease comes from never quite knowing most of the time whether things are in Trelkovsky’s head or whether everyone truly is colluding against him. The paranoia is heightened further at the end when some kind of loop is invoked and the whole thing appears to start all over again.

This film was on quite a few ‘best horror film’ lists which I checked out before the start of this season, yet having watched it now, I feel a little guilty at having chosen it. That’s because it could easily have been a film that I might have chosen to watch anyway, without the challenge of Marie vs Horror, playing as it does on the psychological rather than any physical or supernatural horror.

Performance-wise I was actually impressed with Polanski’s interpretation of the reserved and slowly disintegrating Trelkovsky, and Shelley Winters as the concierge was brilliant after only 5 minutes on screen. And I noticed that way down the credits, the assistant editor was listed as a certain Jacques Audiard.

But even though I liked this film, Roman Polanski is still a piece of shit.

Next Week’s edition will be 100% Polanski-Free. Click here to catch up on all the Marie vs. Horror columns here!