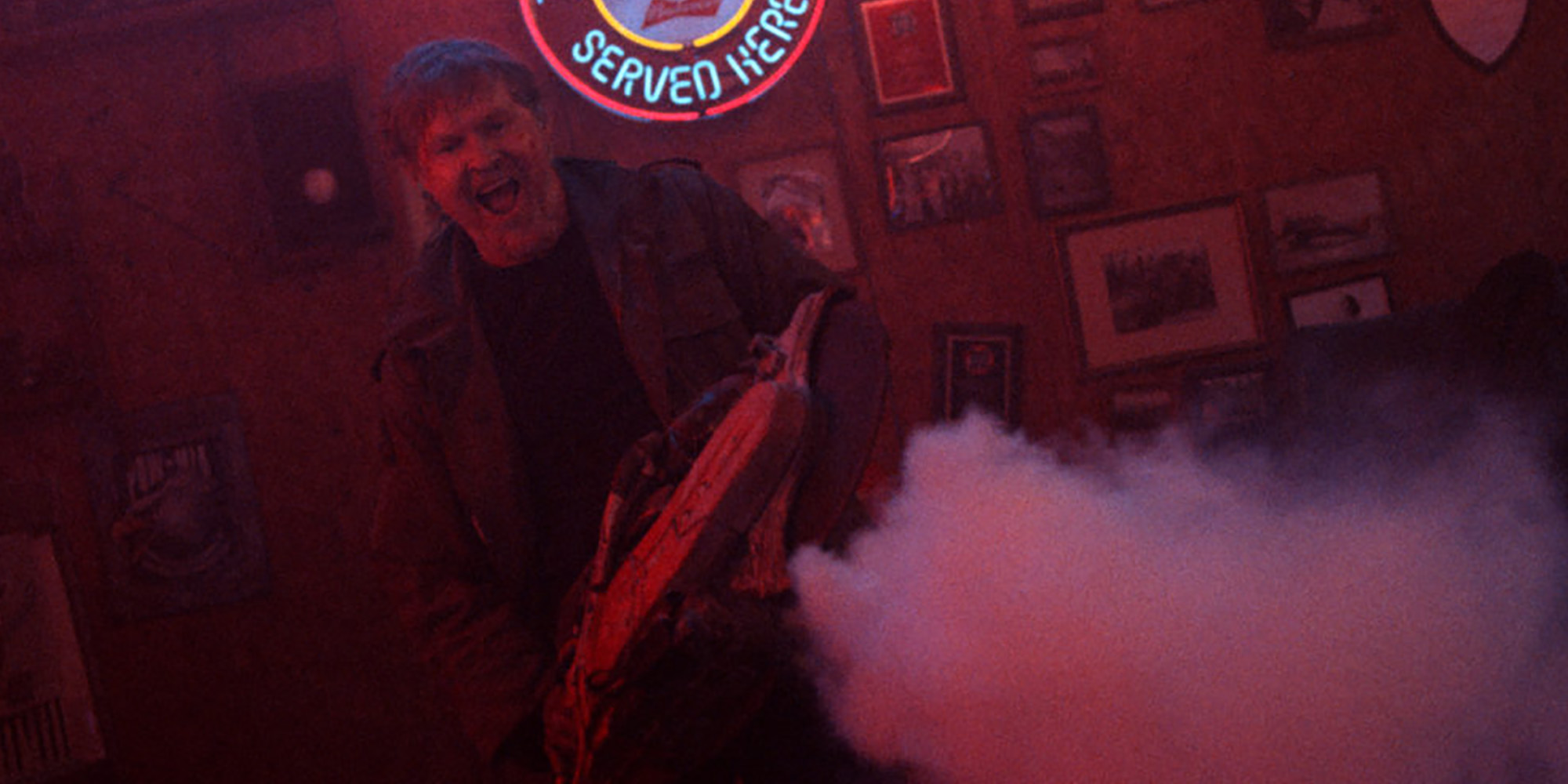 As a literal child of the 80’s, I can easily distill VFW down to its cinematic influences. Director Joe Begos is clearly an 80’s child as well — spiritually, not physically, since he’s only in his early 30’s. His love for Escape From New York, Assault on Precinct 13 and The Warriors is evident in every frame of VFW. Throw those films into a blender along with military fish-out-of-water tales like Southern Comfort, Uncommon Valor and First Blood, and you’re in the same tonal ballpark as this kick-ass genre mash-up.

But what differentiates VFW from the recent onslaught of celluloid 80’s homages is it’s soul. The film has a big beating heart at its center that captures not only the look of those 80’s classics, but the feel of them. You genuinely care about the characters. The audience has skin in this game. It’s very clever meta-shorthand. These actors mean so much to their legions of fans that viewers feel invested from the very first frame, and then as we get to know these iterations of their screen selves, we double down on our emotional investment in the outcome. This film has “stakes” as film critics so often like to say.

A group of retired vets (played by Stephen Lang, William Sadler, Martin Kove, Fred Williamson, David Patrick Kelly, and George Wendt) are gathering at the local VFW to honor a reluctant birthday boy (Lang). They are joined by a young soldier coming home from a tour in the desert (Tom Williamson). When a young woman (Sierra McCormick) bursts into the bar, fleeing a gang of drug-dealing street thugs, the men defend their turf and suddenly find themselves in over their heads, relying on skills they laid down long ago, but haven’t forgotten.

Screenwriters Max Brallier and Matthew McArdle wisely allow the narrative to build slowly, giving the audience time to hang out with this iconic cast. Back stories are wisely kept to a minimum. No big exposition dumps are needed. These are former brothers in arms who may have outgrown their youth, but retain the spirit and drive of their younger selves. I could’ve watched the cast improv in a bar for hours. It’s the kind of place you’d kill to be a fly on the wall.

Once the action kicks in, it never lets up. It’s a perfectly staged siege film with one great practical effect after another. The lo-fi, high-grain 35mm look of the film gives it a gritty realism while simultaneously capturing the feel of its cinematic predecessors. Even amidst the resurgence of 80’s-style synth scores, Steve Moore’s work on VFW is a cut above. It works on several levels, creating an overall sense of atmosphere for the film and providing a pumping, pulsating rhythm to the action.

The film had its world premiere last night at Fantastic Fest in Austin, Texas. It was a packed house that audibly cheered every step of the way. There was no discussion about a specific timetable for rolling the film out to theaters and VOD outlets. Sometimes I hold these types of reviews until its specific release date grows closer. But, instead, I wanted to put this film on the radars of action fans everywhere. VFW is blast. Don’t miss this one.