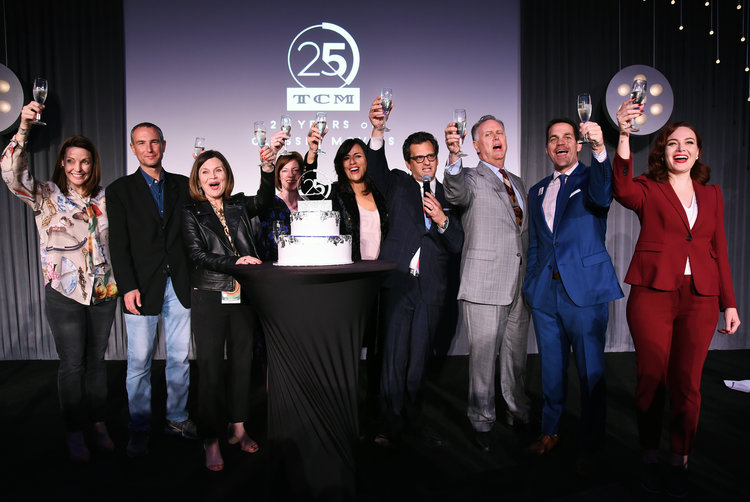 Adam says good-bye and a fond farewell to the TCM Film Festival but not before sneaking in one more film (for old time’s sake).

Yes, the old adage is true.  Parting is such sweet sorrow.  Sunday had come and there was a twinge of melancholia that always falls over the Festival.  It’s the last dance before we all go back to our respective places, jobs, and normal lives.  Not before a few more movies, if not an entire day of films and partying for some.  Alas, the entire day of films and partying was not for me.  I was able to sneak into one more before I did bid the TCM Film Festival a fond farewell until next year.

This one has aged a bit but still retains its searing nature.  Sidney Poitier and Tony Curtis play cons who escape cuffed together having to work together (both physically and metaphorically) to survive.  Stanley Kramer takes the leaner approach to this one, running at around 96-minutes this film moves.  First and foremost the film is a great ticking clock thriller before its socially relevant.  The tricky nature of these types of entries is always to not sound or feel “preachy”.  The Defiant Ones all but sidesteps that because of its bite, which it has a mean one, and its great Black & White cinematographer.  It’s the stark photography (which many filmmakers would effectively use through the ‘60s to similar effect; Brooks’ In Cold Blood, Peerce’s The Incident) that plays so effectively on the big screen.  One watching any film at TCM that is Black & White one has to wonder why more decide not to shoot in the format, other than Box Office disaster.

Unfortunately because I was running late I did not get to see the introduction by Jacqueline Stewart.

Some of the things I missed that I wanted to attend were on Sunday and weren’t meant to be.  Things like Frank Darabont talking about The Shawshank Redemption, followed by a screening in IMAX:

Or the Awesomeness of Don Siegel’s The Killers.  A film that I’ve seen on the small screen but could only image how it plays on the big screen:

Finally, I will eventually get to the Sunday Night Party.  Someday I will.   It’s the impossible dream:

And that was all the news that was fit to print from the TCM Film Festival 2019.  Overall a great Festival of discovery and of course rejuvenating the filmic soul for this writer.  I can only hope this, my favorite of all the Festivals I attend, continues to grow beyond what it already has.  If anything this Festival cures one of that aliment that many Film Geeks have; fear of Classic Cinema.  TCM Film Festival proves to anyone who attends that Classic Cinema is still a very vital part of Cinema.  Like World Cinema (e.g. Foreign Language) it is something to embrace fully and see as not a chore but something to relish and revel in.  If one person reading these entries decides to venture to this Film Festival and it changes them?  Well I have done my job in full.   Even better if it turns 100 people around but… one step at a time.

Until next year… Farewell and adieu you fare Spanish Ladies (and Men).