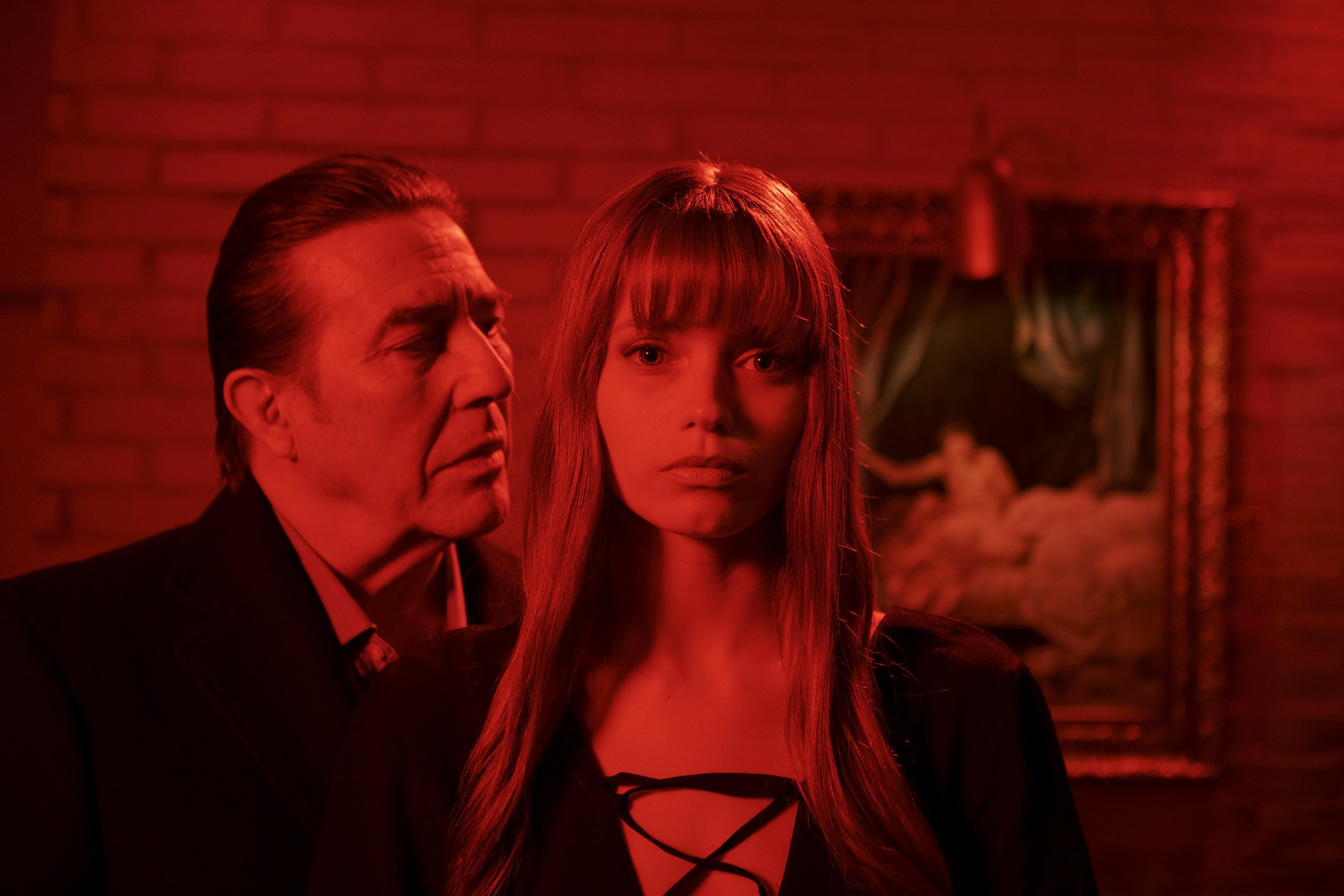 A neat idea combining Rebecca and Ex Machina among other things – but by playing its hand very early on, Elizabeth Harvest loses its way before the end.

Within 30 minutes Elizabeth has disobeyed her controlling husband’s commands, entered the one room she was not supposed to, and ends up in very perilous circumstances.

Also present is a Mrs Danvers-type character Claire –  played by Carla Gugino – and a young house servant Oliver (Matthew Beard), both of whom are distant and just a little bit spooky as a result.

The thing about Elizabeth Harvest is that it does a Michael Bolton – it goes in hard and high right from the start, and finds itself with nowhere to go very early on. In an attempt to flesh out the original story once it has peaked, Elizabeth begins to read a journal written by the housekeeper character, in which Gugino takes on the voice over and proceeds to explain in way too much detail how we got to where we came in. This unfortunately renders the remainder of the storytelling somewhat clumsy. By the time the tale has finished unwinding itself, it all feels a little predictable – and yet the idea remains an interesting one.

What is impressive however is the sound design. The choices made for sound texture which accompanies events is something quite exquisite – just eerie enough without being too terrifying; jarring without being annoying. Some of the camera work is striking too, lingering on a variety of surfaces – pebbles, wooden floors, huge glass windows. The house in which events take place is stunning and almost a character in itself, and throughout there are clever uses of mirrors and reflections, which work so much better at hinting towards what is happening than the journal explaining everything.

Accompanied by a range of vivid lighting which suggests Argento on more than one occasion, Elizabeth Harvest is a great idea that just fizzles out. Interesting, to a point though, and Ciarán Hinds is always worth watching.

Elizabeth Harvest is released on digital download in the UK from 1st April.