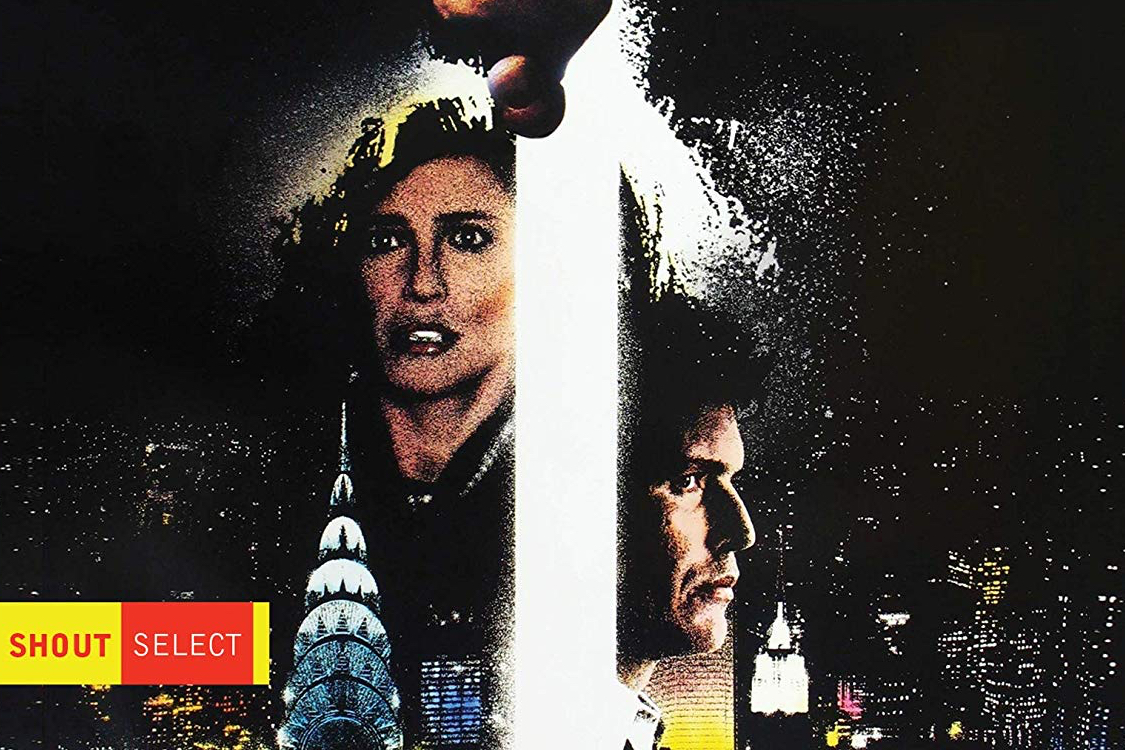 Adam is a sucker for a Neo Noir. Ridley Scott’s Someone to Watch Over Me fits the bill to a tee. The film is being released for the first time on Blu-Ray by Shout Factory with a beautiful transfer.

Ridley Scott has returned to the crime thriller over and over in his career. Though he never returned to the Noir Romance subgenre that is so highly effective in Someone to Watch Over Me. Well over 30- years later the film is still effective.

Rich socialite (is there any other kind?) Claire Gregory (Mimi Rogers) witnesses the murder of one of her art world friends by Joey Venza (Andreas Katulas). Venza is a smart Crime Lord that’s spent years avoiding the police arresting and convicting him. To ensure Claire is safe the police put a 24-hr police protection unit on her. One of the detectives placed on her detail is Mike Keegan (Tom Berenger), a good cop and family man. It’s only too long before the heat and Chemistry is all too much for Claire and Mike to resist. As they begin something explosive Venza sees a chance at winning this deadliest of games.

Scott and screenwriter Howard Franklin ensure smaller but very personal stakes are set from the get-go. The film is more concerned with the less genre-centric aspects to the story, giving us an adult- style Noir, heavy on atmosphere and character. They purposely set the first violent act 20-minutes into the film. That first section is designed to show us Claire’s world and Mike’s world. Mike’s working-class life is drawn with the same sort of allure as Claire’s extravagant lifestyle. Part of the issue with doing this type of forbidden romance is ultimately One is given preference over the other. Franklin’s script adroitly sidesteps this by making both understand, they are in the wrong after the do it. This focuses less on the fantasy of escape, to the realities of the damage that was done. There is a morose tone both in script and visuals that make this love story so quietly beautiful and devastating.

Mimi Rogers and Tom Berenger are great as the star crossed lovers. Rogers never really got a fair shake in Hollywood. Here is the proof. Her work as Claire is the kind of mature fully realized Woman we did not see in the ’80s in studio pictures. She is never asked to go nude like the psycho-sexual thrillers of the time. Rather Claire is defined by her own terms. The film does not see her as a homewrecker or paints her as one. Even in the end, she is trying to help in a situation that involves Mike’s wife (played brilliantly by Lorraine Bracco). Berenger never really found work as a leading man the way he should have after this. There is something that recalls Bogart in the way that the iconic Golden Age star could play hangdog but with pride. Though you have empathy for Mike you also know he has made his decision and may have not been the first time. Together the work is simple, beautiful, and sad. The looks they give one another alone generate more emotional investment than anything in the ’80s attempting something similar.

Someone to Watch Over Me though a romance, knows when to turn up the tension. Scott is able to turn a 3rd act terse standoffs into a grand stylish thrilling set-piece. Even before that great last act one can’t help but love what Scott has created; a Noir Romance. A perfect one at that.

Though not listed this “feels” like a brand new transfer.  The film is gorgeously shot in that style of smoke and light that Scott has his Cinematographers shoot in.  This style transfers perfectly to the Hi-Def world.  The transfers on Scott’s films always look like beautiful filmic representations of his work and here is no different from the right combination of sharpness, grain, and contrast that makes a perfectly balanced transfer.

Someone… To Write A Script: A look back with Howard Franklin interview is a 10-minute with the writer. He discusses the making of the film and how another Director was on the project before Ridley committed to us. How it was overshadowed by Fatal Attraction as it was released three weeks after that box office juggernaut.

Someone… To Shoot A Movie: A Look Back With Steven Poster is a 14-minute discussion with the cinematographer. Poster was hired because of his work with Scott on Bladerunner. The cinematographer discusses how Scott primarily did the project because he wanted to show that he could make a movie under budget and under schedule (which from this point he did consistently throughout his career). The interview is a pretty technical discussion of lighting and the camera work. It’s a recommend for technically minded cinematography fans.

Ridley Scott’s underseen Someone to Watch Over Me is definitely worth the pick-up.  With a beautiful transfer and some great interviews, this one is RECOMMENDED!