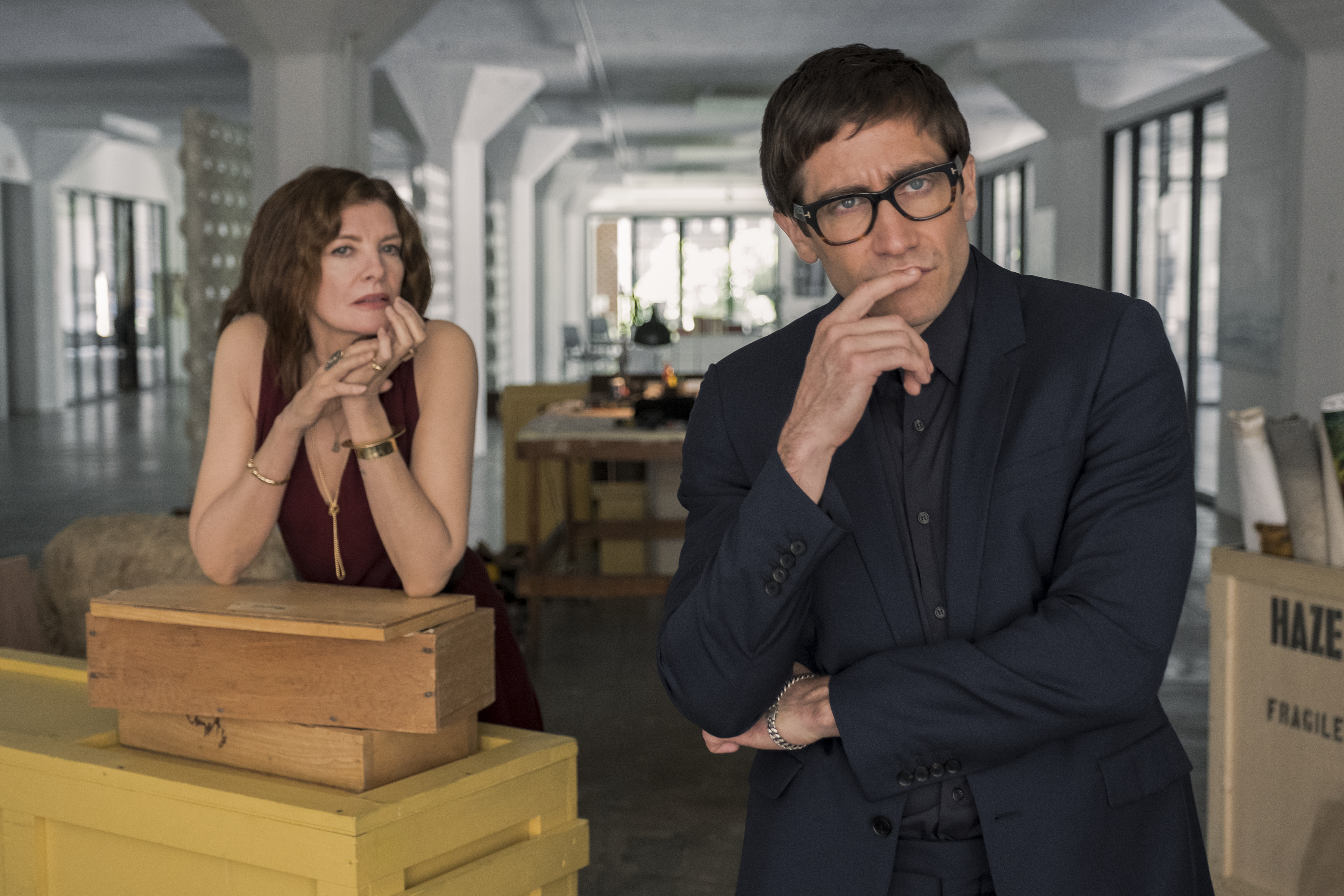 Adam dives into the world of Velvet Buzzsaw. The newest film written and directed by Dan Gilroy comes to use courtesy of Netflix. The results are as savagely funny as they are terrifying.

So, let us be upfront about Dan Gilroy’s Velvet Buzzsaw; many will dislike or reject it outright and wholesale. That’s okay, the film is so specific and detailed a look at the often pretentious world of modern art that many will miss that Gilroy like his last film Nightcrawler is taking down this particular sect of society. He does so with such Vicious glee within the confines of the horror genre that many will not see the critique.

The film circles around the lives of Art critic Morf (Gyllenhaal), Art agent Josephina (Zane Ashton), and Gallery owner Rhonda Haze (Rene Russo) as they discover the work of Ventril Dease (note: Gilroy’s brilliantly concocted names). Dease we quickly learn was as disturbed as he was a brilliant artist. Not heeding the signs and warnings the trifecta begins to catalog and sell the dead man’s work. As these three and others begin to profit and gain from the man’s work so does begin the bloodshed. To say more about where the narrative goes would be to ruin one of the more delightfully dark satires of recent memory.

Dan Gilroy with two films has managed to show his adept skills at the striking balance of Genre and satire. Velvet Buzzsaw is both successfully a satire of the art world and a gruesome horror film. Gilroy and his script understand for both to work there must be an affection for not just the genres but for the subject. That is where the film excels. Gilroy, his actors, and behind the scenes technicians all have not just the big ideas of modern art but the smallest of details. From the major openings, to what people wear, to the art and installations there is nothing that is not authentic. Watching the world, the players and rules unfold is like watching L.A. in real time on a Friday night. Once the stage is set and the film reveals it’s real more sinister purpose, it perfectly morphs (pun intended) into a full-on horror film.

Velvet Buzzsaw is designed like its art to be experienced. To ruin that experience before one had seen it is something this reviewer will not do. Much like the title’s origin Velvet Buzzsaw is a punk rock middle finger to a sector of society that was waiting to be lampooned and savagely so. To that end, Dan Gilroy and Company have a smashing Success on their hands.