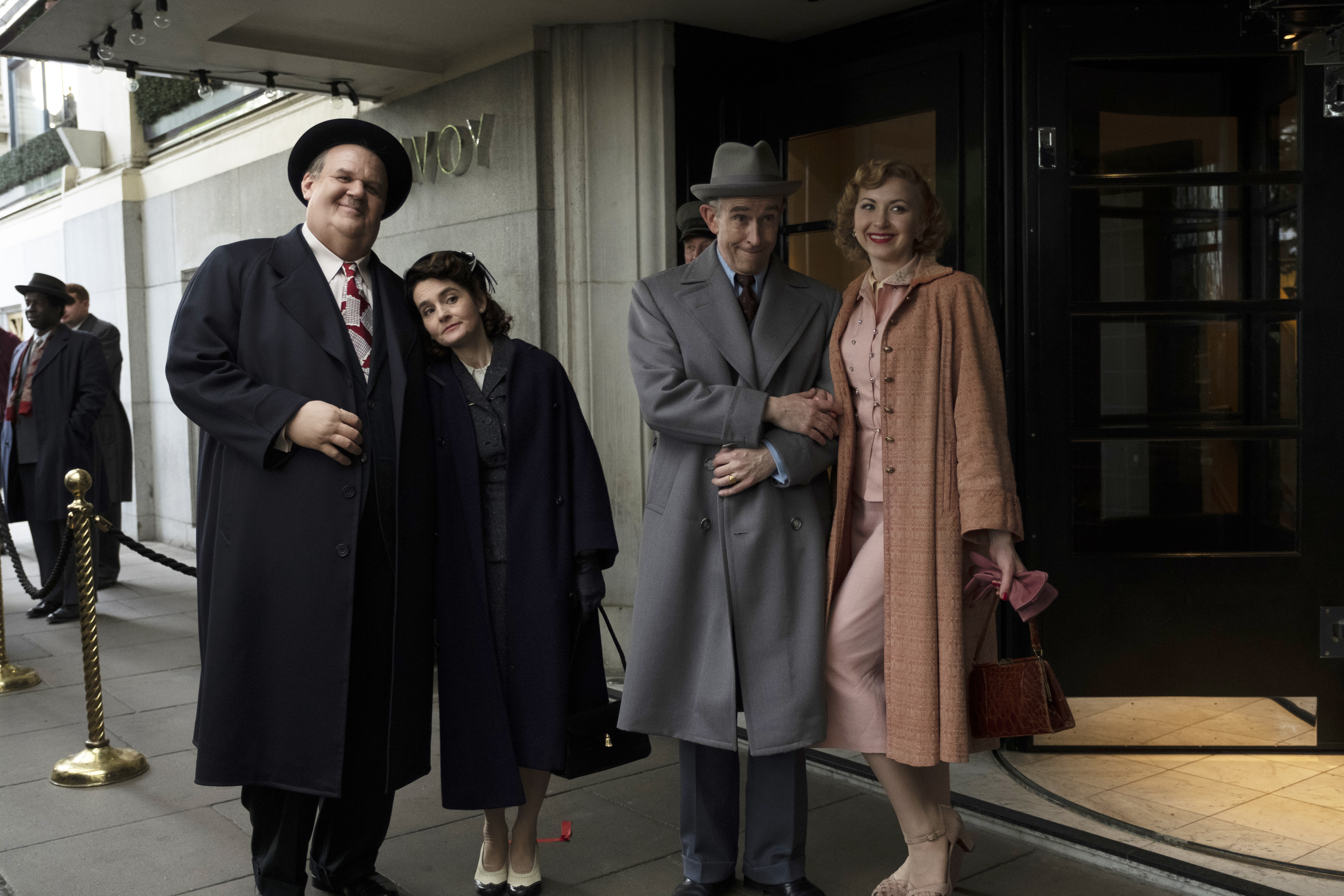 There are two truths about me: I love classic movies, and I watch a lot of biopics about classic movies. In fact, a popular element of my classic film blog that I swear I’m going to bring back was just reviewing biopics. This is to say Hollywood LOVES making biopics. Said biopics generally fall into two camps: the rose-colored glasses variety or the “Behind the Music,” doom and gloom biopic. Director Jon S. Baird’s Stan & Ollie attempts to be both, showing the last few years in the lives of Stan Laurel and Oliver Hardy. But instead of showing the dark side of these two men, the film goes for a sweetly tempered tale of friendship butting up against commerce and individuality, leaving Stan & Ollie not cute enough to moon over, but not complex enough to be interesting.

By the 1950s Stan Laurel and Oliver Hardy were washed up. Determined to get an adaptation of Robin Hood off the ground, the duo reunites and go on the road in England with a comedic play. But the grueling schedule and old wounds threaten to keep them from living their dream.

If all you know about Laurel and Hardy is that they were a comedic duo, Stan & Ollie will still garner your attention. There needs to be a basic understanding of who the two comics are, but this isn’t a feature film steeped in in-jokes, although the movie does have a penchant for “they acted their films” humor common to biopics. Case in point, Stan and Ollie are trying to carry a suitcase that ends up falling exactly like the piano in 1932’s The Music Box. There are also passing references to the comedic duo that supplanted Laurel and Hardy, the equally humorous Abbott and Costello, though the script never properly dives into the unspoken rivalry and replacement.

The film starts in 1937, introducing the titular duo at the top of their game – accompanying text says this! It’s evident the two performers have nailed down their routine and couldn’t be happier. It’s a scene so peachy you’re expecting an off-screen narrator to say “If they only knew.” Stan is presented as the one interested in going further with his career, telling Hal Roach (Danny Huston) where to stuff it before going to a different studio. The problem? No one wants to see Stan without Ollie, and vice versa. So when Ollie doesn’t show up to sign the contracts an irreparable tear occurs.

Once the two arrive in England they’re forced to band together in order to make enough money to sustain them while Stan attempts to corral financiers for their Robin Hood picture. The various Hollywood narrative beats are there and make Stan & Ollie incredibly formulaic. Baird and screenwriter Jeff Pope are interested in telling this story, but it’s told in such a straightforward and clean way as to feel scrubbed of any controversy, whether it’s there or not.

Thankfully the cast is game to and wear their passion for the characters are overtly as Hardy’s bowler hat. John C. Reilly is particularly amazing as Oliver Hardy. His affection for Coogan’s Laurel is evident throughout, even when Laurel is being mean. Reilly also has a fantastic camaraderie with Shirley Henderson as his wife Lucille. Coogan takes his patented penchant for smarm and uses it to great effect as Stan Laurel. Being a dead-ringer for the real guy isn’t enough. Coogan brings in the drive and verve that Laurel had, wanting to make something of himself.

Henderson and Nina Arianda as Lucille Hardy and Ida Laurel end up stealing the show from both established actors. Too often in features like this, the spouses are merely sympathetic or mean-spirited. Here, both women are fully-fleshed out characters. Arianda plays Ida with a gregariousness that could scream gold-digger in any other movie – she opines constantly about her successful career before marrying Laurel. But in her scenes opposite Coogan, Arianda comes alive. She’s the sounding board that he needs; the harsh talker when Oliver is ill and Lucille needs help. In the end, it is the two women audiences remember more than the more legendary pair leading the feature.

Stan & Ollie is a decent biopic about the two actors. While the story isn’t built for aficionados it’s better suited to them, mainly because they’ll know all the history that’s left unspoken. For neophyte Laurel and Hardy fans this will look like a barebones biopic, and nothing more. In the end, the feature just doesn’t live up to history.

Stan & Ollie is in theatres in NY and LA December 28th