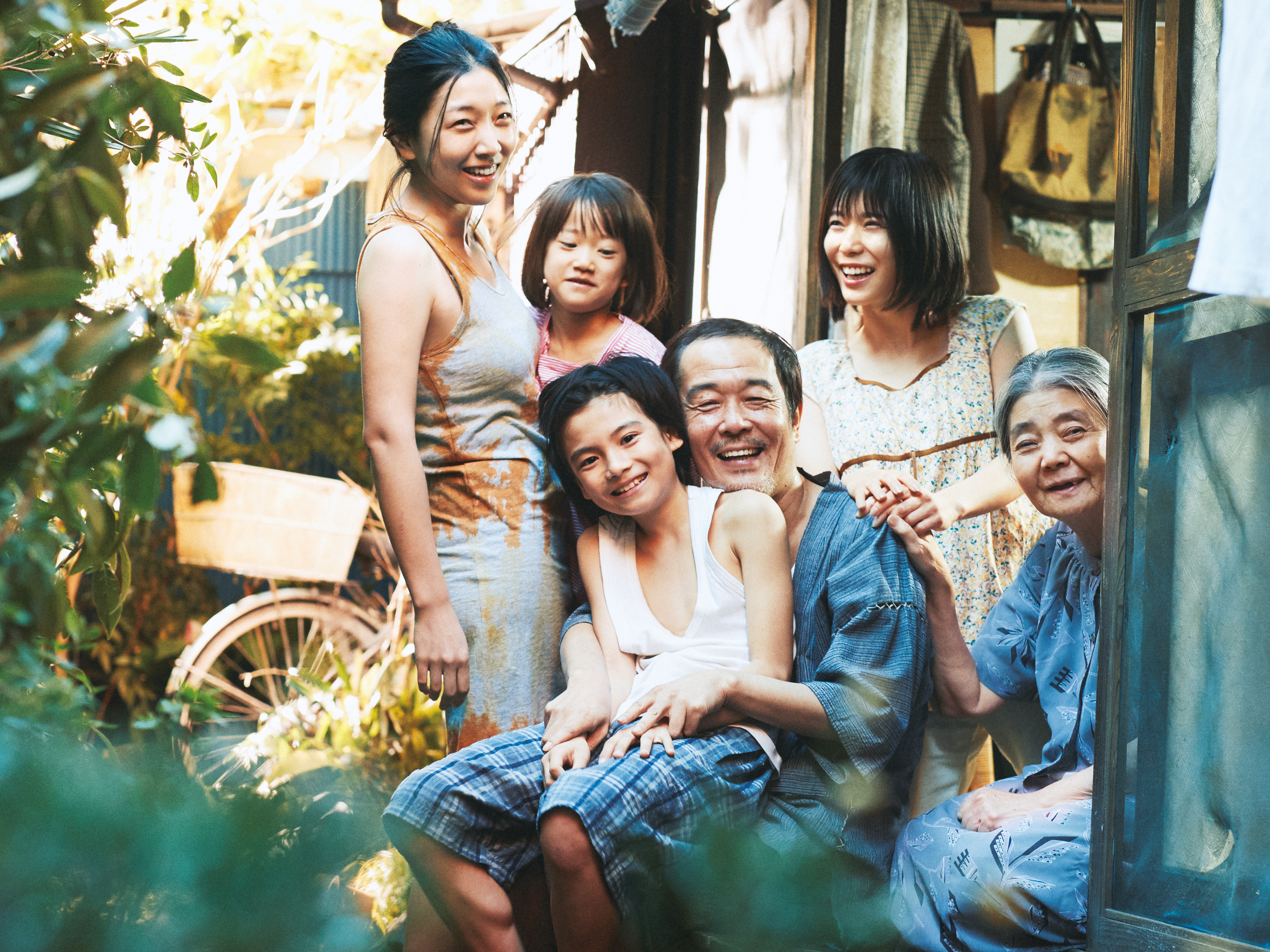 In the running to be Marie’s top film of the year, Hirokazu Kore-eda has excelled himself with the Cannes Palme d’Or winning Shoplifters.

Cards on the table – I’m a fan of the Japanese director’s films and would be hard-pushed to find much to criticise about most of his work that I’ve seen.

Nevertheless, Hirokazu Kore-eda has excelled himself with Shoplifters, a story of family bonds, caring and support – just not with the conventional screen family.

Kore-eda has already proven himself to be an expert at portraying family dynamics and unusual relationships – look no further than Like Father, Like Son, After the Storm or Nobody Knows for just a few examples. Shoplifters introduces us to three generations living together who, it turns out, are linked by a need to belong and be loved rather than by blood.

The patriarch of the house is Osamu (Kore-eda stalwart Lily Franky) who works a construction job and has a sideline in petty shoplifting with his adopted son Shota (Jyo Kairi) to make ends meet. On their travels one day they meet the delicate yet resourceful 5-year-old Yuri (Miyu Sasaki) and take her home with them to the rest of the family – which includes the wonder that is Kirin Kiki as the grandmother figure.

This ragtag bunch all manage to bring something to the household, whether it is in the form of money, pilfered goods, or affection for each other.  The first two acts of the film have some moments of unbridled joy showing the togetherness of the bunch – whether enjoying an afternoon at the beach jumping over waves, or a simple game of tag between father and son. The family members are exactly what they need to be for each other and, despite the hardships of their situation on the edges of conventional society, there is so much genuine care and depth of feeling between them that you’re never in any doubt that they will look out for each other. I’ve always enjoyed and appreciated Lily Franky’s performances, and here he is the absolute heart of both the family and the film.

And then one simple thing happens which begins the unraveling of everything. We learn previously-hidden truths about each member of the family, and having been so invested in their happiness so far, it is heart-breaking to see how it all falls apart – and not in the way you might expect. Sakura Ando (playing Osamu’s wife Nobuyo) has an intense and deeply personal scene towards the end where she reflects on motherhood which is incredibly touching and in which she conveys so much by doing very little.

Shoplifters is a sublime portrayal of how a family can become a loving and supportive unit when both society and blood ties let it down – and it’s also one of the best films you will see this year.