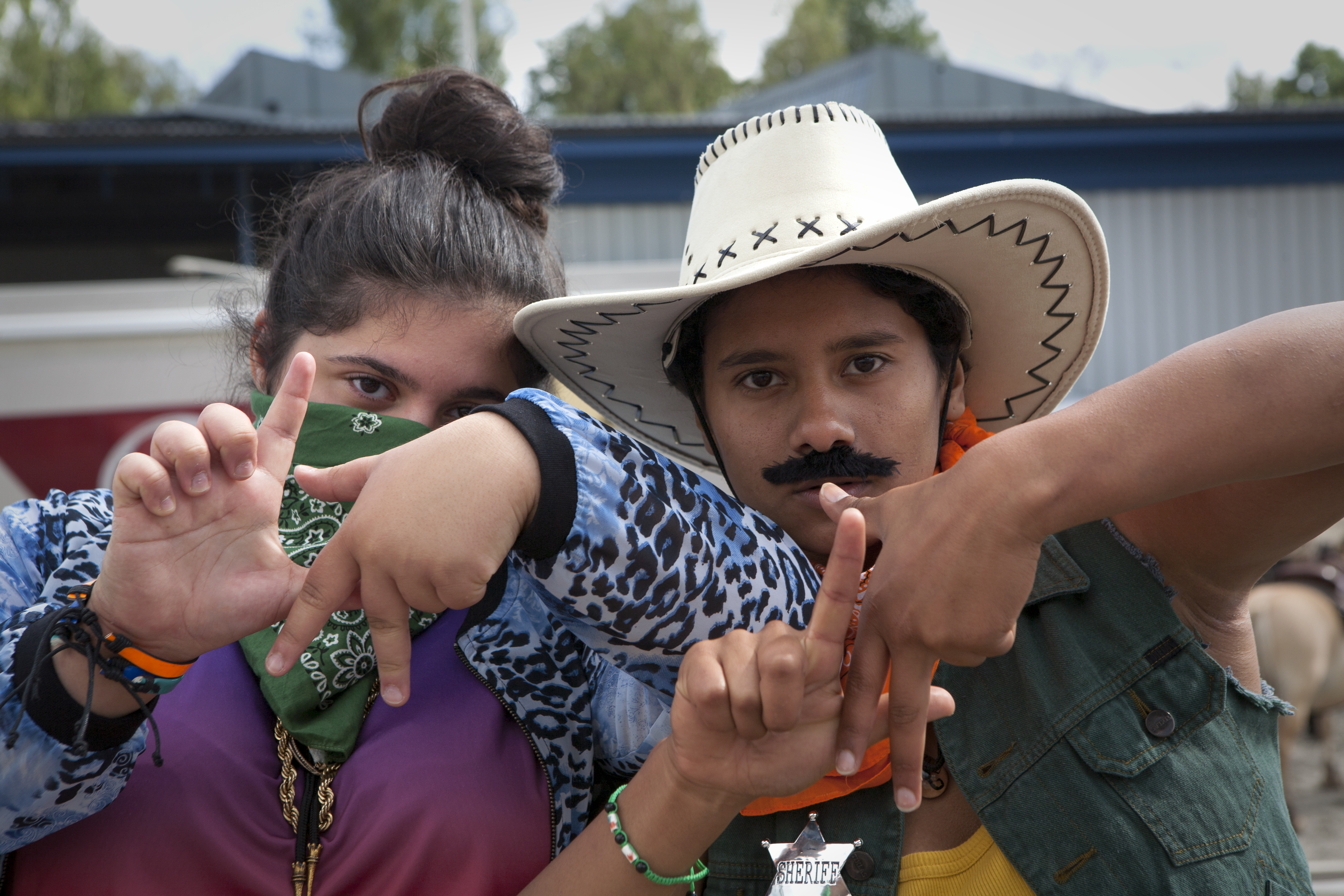 Amateurs (Amatörer) is a crowd-pleasing comedy-drama from Swedish writer/director Gabriela Pichler finds a pair of rebellious teens (Zahraa Aldoujaili and Yara Aliadotter) that discover the power of filmmaking. The film played a part of AFI Film Festival 2018’s World Cinema.

Youth in revolt can be the hardest of genres to pull off.  If it is successful, it looks easy.  If it is not successful, everyone involved looks terrible.  Amateurs (Amatörer) the newest film from writer/director Gabriela Pichler takes the Youth in Revolt genre and turns it into an emotionally satisfying crowd-pleaser that ranks amongst the very best of 2018.  Pichler’s film is aided greatly by the stand out performances by its leads Zahraa Aldoujaili and Yara Aliadotter as said youths in revolt.

The Swedish town of Lafors wants nothing more than the Walmart style discount superstore Superbillies to build their newest store in their township.  The Community leadership spearheaded by Musse (Fredrik Dahl) devises a plan to create a “viral video”.  That first attempt is masked in a contest using the local High School.  All but Musse reconsider this as an ill-advised move.  This contest raises the interest of local teen outcasts Aida (Aldoujaili) and Dana (Aliadotter) who begin, quite literally the moment it’s announced, to film on their phones.  This seemingly inconsequential act/contest frees these girls and transforms them, focuses them, pushes them to be smarter, awake to their town, and the people in it.  It is no matter to Musse and the Council who dismiss the girls and hire a real “filmmaker”.  As the “filmmaker” begins to film his project, the girls continue to shoot.

To reveal where Amateurs (Amatörer) goes in its second and third acts would be to rob an audience from one of the truly marvelous and wonderfully satisfying comedy-dramas of the year, and of recent memory.  Aida, Dana, and Musse’s respective journeys parallel one another.  They are strangers in a strange land, though having spent most of their lives in Sweden there is a sense that they feel displaced not a part of the community as a whole. Through their discovery of art and expressing their art are Aida and Dana pushes into the community.  Their emotional journey of discovering their voice culminates in one of the most audaciously joyous moments in recent cinema.  The confidence that Pichler displays by accomplishing the moment with only a cell phone, a selfie stick and her actress is the kind of bold statement few, if any filmmakers display.

There are few films that say so much about the world by going microscopic with its story.  Amateurs (Amatörer) at its core is a film of discovery in all its shades and forms.  That discovery is shown in through the eyes of youths that are rarely given a voice in the world writ large, let alone in the world cinema.  Pichler’s film does this expertly through love, laughter, compassion, and above all else entertaining rather than preaching.  True Crowd Pleasers are in short order nowadays which makes Amateurs (Amatörer) all the more special.