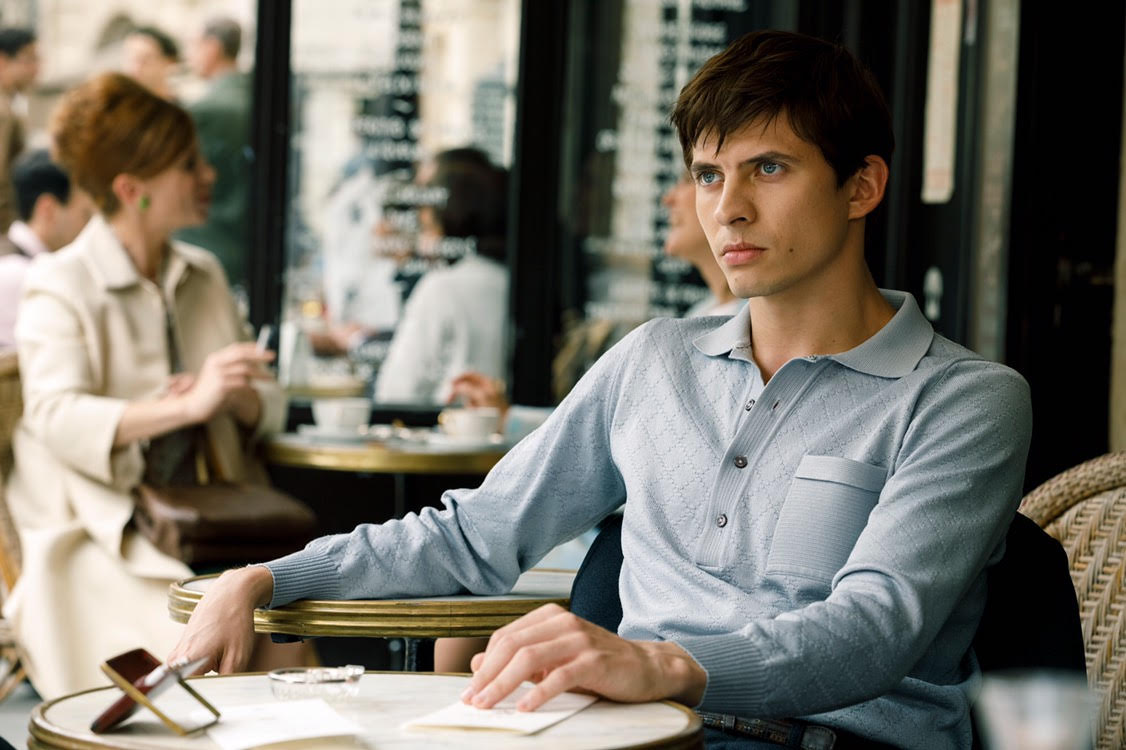 Ralph Fiennes directs for the third time in The White Crow, a biography of a crucial moment in the career of ballet legend Rudolf Nureyev. But did he need to cast himself?

At a Paris airport in 1961, Rudolf Nureyev sensationally defected from the Soviet Union.  In his drama The White Crow, director Ralph Fiennes attempts to dissect the reasons behind this decision. A ‘white crow’ in Russian culture is someone who doesn’t conform to expectations, who is different from the crowd. Nureyev was definitely that.

For the first 10 minutes or so I’ll admit to feeling a little adrift. There was some leaping around between three different time frames and languages, with a recognised British thesp speaking Russian. Part of me was waiting for some horrible Hunt for Red October transition into English. But it turns out that Ralph Fiennes had sensibly decided to have the Russian characters speak to each other in Russian (with full subtitles), and English was used as the common language when French and Russian characters were communicating. It’s what would naturally happen. I’m just not sure that Fiennes should have cast himself as a Russian. His entire portion of the script is delivered in Russian. Perhaps he’s fluent and I didn’t realise, but I do think it limited his performance.

Beyond that, this is an engaging story if you have an interest in ballet or Nureyev, but it may feel a little niche if not. The flashbacks try to get under the skin of the dancer leading to his point of no return, and the actual moments of defection play out like a ballet themselves, but the thought process feels a little oblique.

Oleg Ivenko does a good job as Nureyev, although dance-wise he is completely outdone by a couple of scenes featuring modern-day ‘bad boy of ballet’ Sergei Polunin  He’s supported by a friendship with society girl Adèle Exarchopoulos who unfortunately I continue to find expressionless rather than enigmatic.

I liked the film because I like Nureyev, and was interested in his story. But if you’re not, then there’s little to engage you.